Accessibility links
Unrest Breaks Out In Vietnam Over Island Dispute With China : The Two-Way Mobs in Ho Chi Minh City targeted Chinese-owned factories, setting some on fire. Meanwhile, the Philippines says China is building an airstrip on the disputed Spratly Islands.

Unrest Breaks Out In Vietnam Over Island Dispute With China

Unrest Breaks Out In Vietnam Over Island Dispute With China 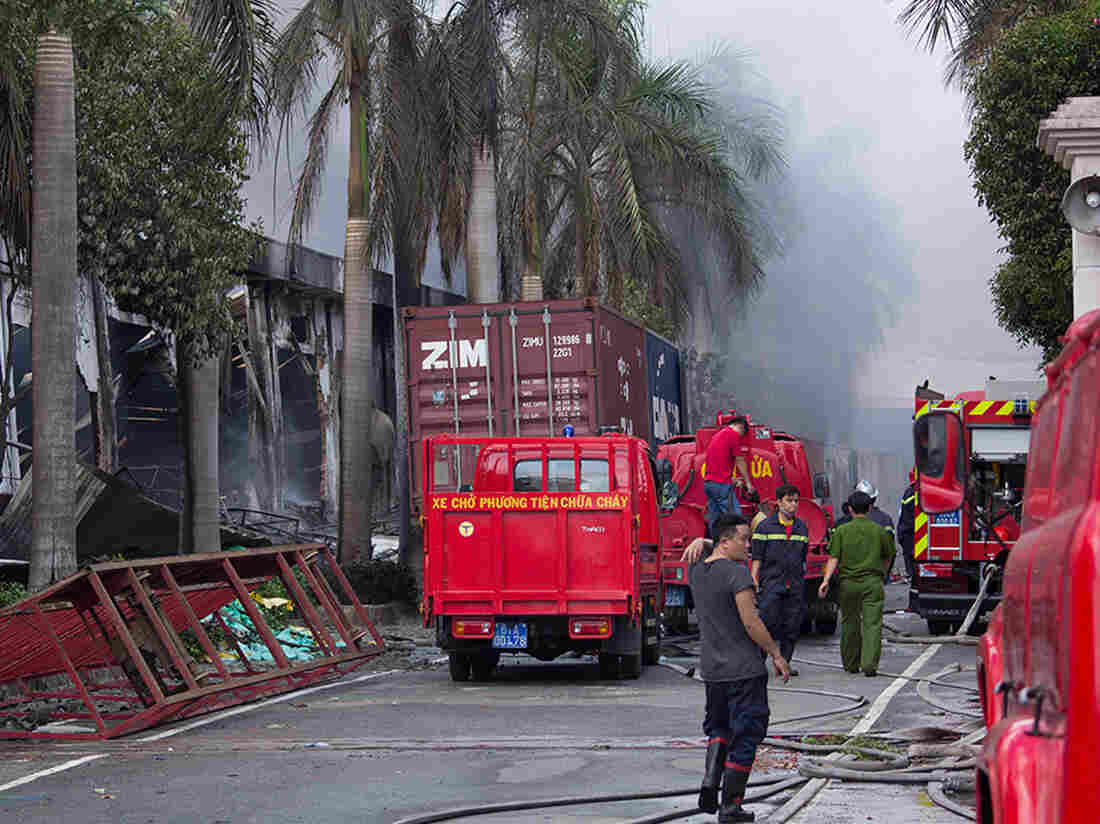 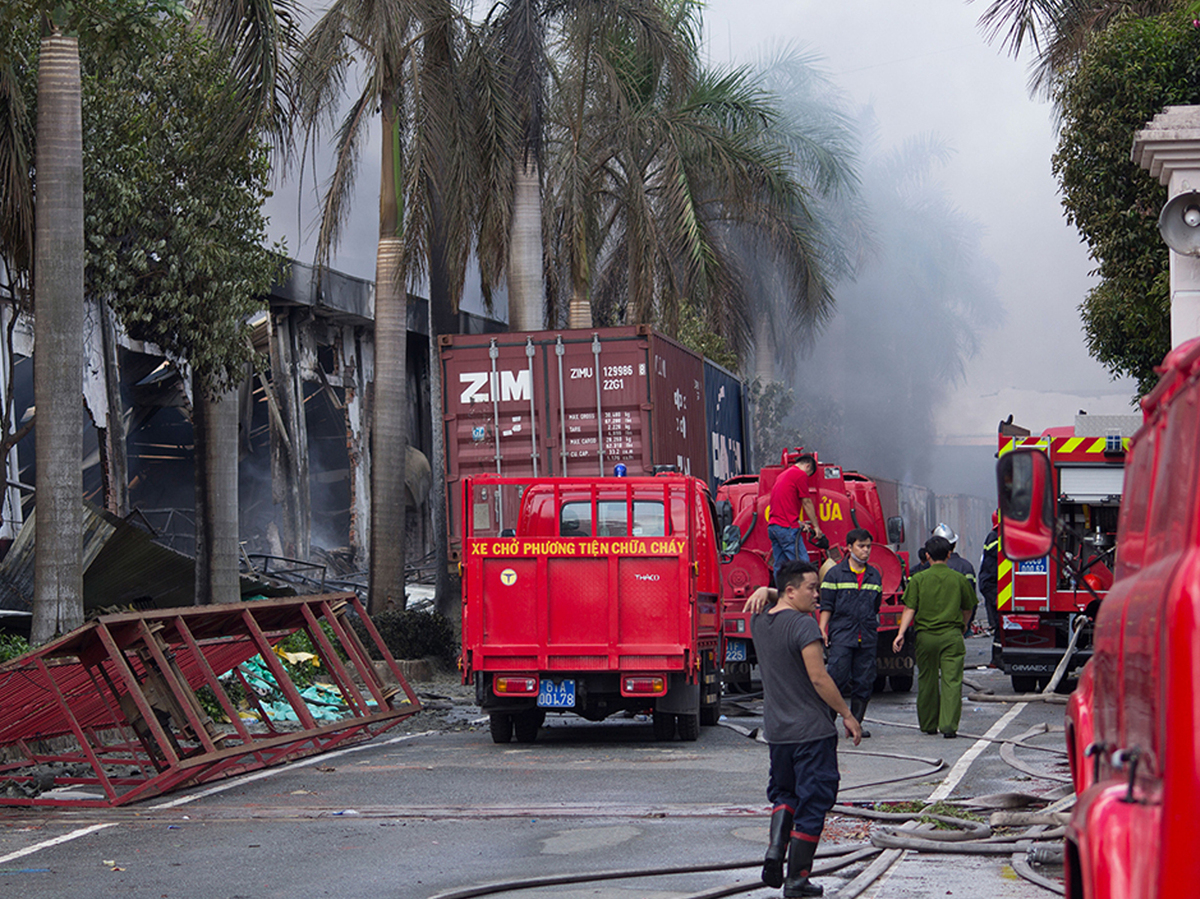 A Taiwanese bicycle factory in Ho Chi Minh City burns after mobs angered over Chinese moves in the South China Sea mistakenly targeted the facility, thinking it was Chinese owned.

Mobs in southern Vietnam — angered by China's placement of an oil rig in disputed Southeast Asian waters — have torched scores of foreign-owned factories. Meanwhile, Beijing has reportedly begun construction on an airstrip in an island chain also claimed by the Philippines.

The unrest in Vietnam's Ho Chi Minh City occurred as public anger over the oil rig near the Paracel Islands, which both Beijing and Hanoi claim, spilled over into the streets of the country's largest metropolis. Mobs apparently thought they were targeting Chinese-owned businesses but mistakenly set ablaze Taiwanese and South Korean factories as well as those owned by Chinese, The Associated Press reports. In all, 15 foreign-owned factories were torched, the BBC says.

As we reported last week, jostling over the oil rig construction near the Paracels had led to a charge by the Vietnamese coast guard that a Chinese patrol boat had rammed one of its vessels. The Vietnamese even released video of the incident.

The Paracel and Spratly disputes are just two of a number of competing claims in Asian waters in which Beijing is faced off against its maritime neighbors.

"The Philippine Department of Foreign Affairs said in a statement that Wednesday that it had lodged a formal protest with China on April 4 regarding the construction work at Johnson South Reef in the Spratlys. China had rejected the protest, it added. The DFA didn't respond to questions about how it knew about the construction work, or what it suspected China of attempting to build there.

"Chinese Foreign Ministry spokeswoman Hua Chunying confirmed Wednesday that China is indeed building on Johnson South Reef, saying that the 'reef is Chinese territory' and such activity was normal.

" 'Construction by the Chinese side on an island in Chinese territory is entirely a matter that comes under Chinese sovereignty,' she said.

"She declined to say what China was building there."

As Philip Bowring reports in Global Post: "[The] territory's significance is primarily strategic for Beijing. As such, this is an issue of huge importance for the United States — which insists that the sea is part of international waters — and for other countries such as Japan, for which the sea provides a crucial link to the West, the Middle East, and much of South and Southeast Asia."

"Indeed for two millennia this sea has been a generator of global trade by providing the link between China and northeast Asia and the spice and forest islands of southeast Asia, on the one hand, and with India, Iran, the Arab world, western Europe and Africa.

"China's claim is represented by a nine-dash line on its maps and in its passports, extending southward roughly 1,080 nautical miles (or 18 degrees of latitude) from its coast to within a few miles of Malaysian Borneo, and including almost all the waters and features between Vietnam and the Philippines. Intermittently, and particularly over the past two years, China has used force to implement some of this claim."