Accessibility links
Solar-Powered Bike Lock Aims To Be The Airbnb Of Bike-Sharing : All Tech Considered The Skylock can let you share your bike with others — and it'll send you a text if it thinks a thief has his hands on it.

The Skylock is solar-powered and can send messages to let a bike owner know if it's being tampered with. Skylock hide caption 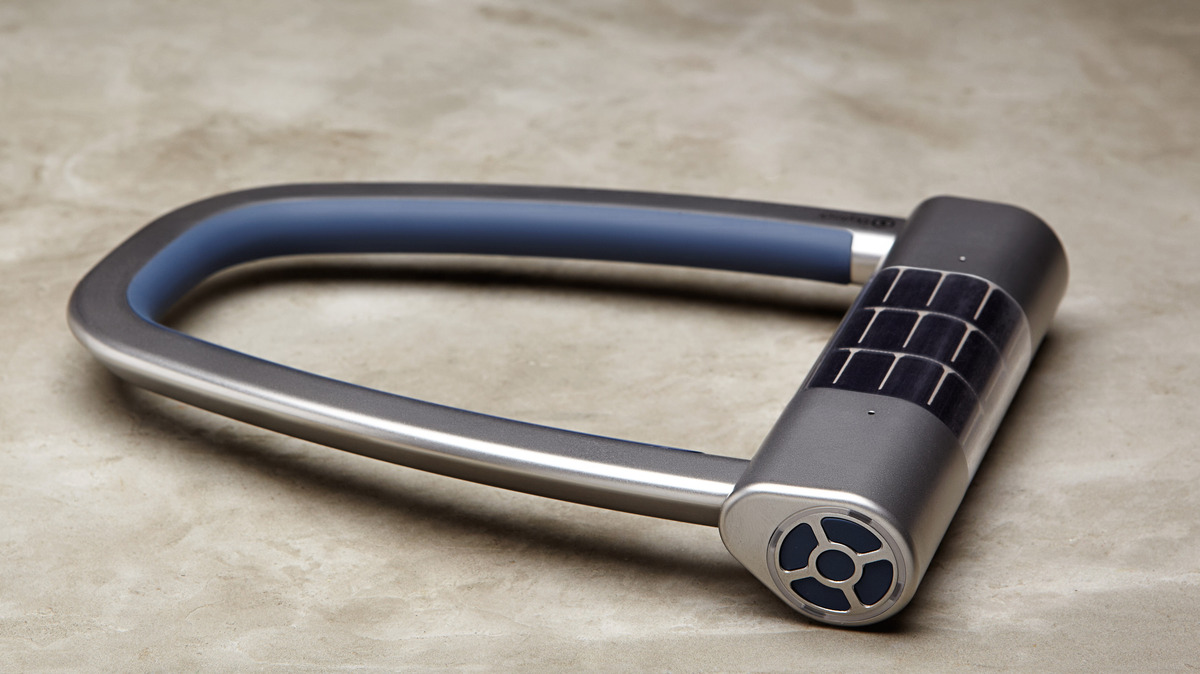 The Skylock is solar-powered and can send messages to let a bike owner know if it's being tampered with.

In our "Weekly Innovation" blog series, we explore an interesting idea, design or product that you may not have heard of yet. Do you have an innovation to share? Submit it with this form.

The Skylock can let you share your bike with others — and it'll send you a text if it thinks a thief has his hands on it. A San Francisco startup is launching an online funding campaign for the lock, which is planned for release in 2015. The company says it will begin "the age of connected cycling."

The lock's connection comes via Bluetooth, which a bicycle owner can use to unlock the bike. The lock can also connect via Wi-Fi; it has the ability to send for help if the device believes you've suffered a bad crash. And the lock is powered by built-in solar panels.

"This is the first 'Internet of things' device that's virtually chargeless," says Jack Al-Kahwati, a former Boeing engineer who co-founded Velo Labs, the company that makes the Skylock. "The solar panel is constantly trickle-charging the battery."

Skylock owners can share the lock's pass code with other riders — and set a time limit on their access. Those features will be included in an app that'll be released along with the lock, Al-Kahwati says.

"We definitely see the idea of being able to open this to anybody, allowing anybody to 'Airbnb' their bikes," he says, referring to the home rental startup. "If you wanted to start your own informal bike-share, it's completely possible right out of the gate." 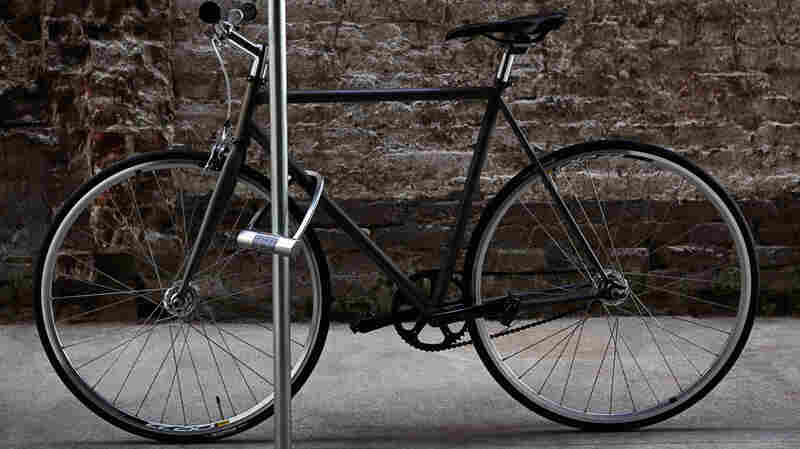 The lock can also be used to let other riders borrow the bike. Skylock hide caption 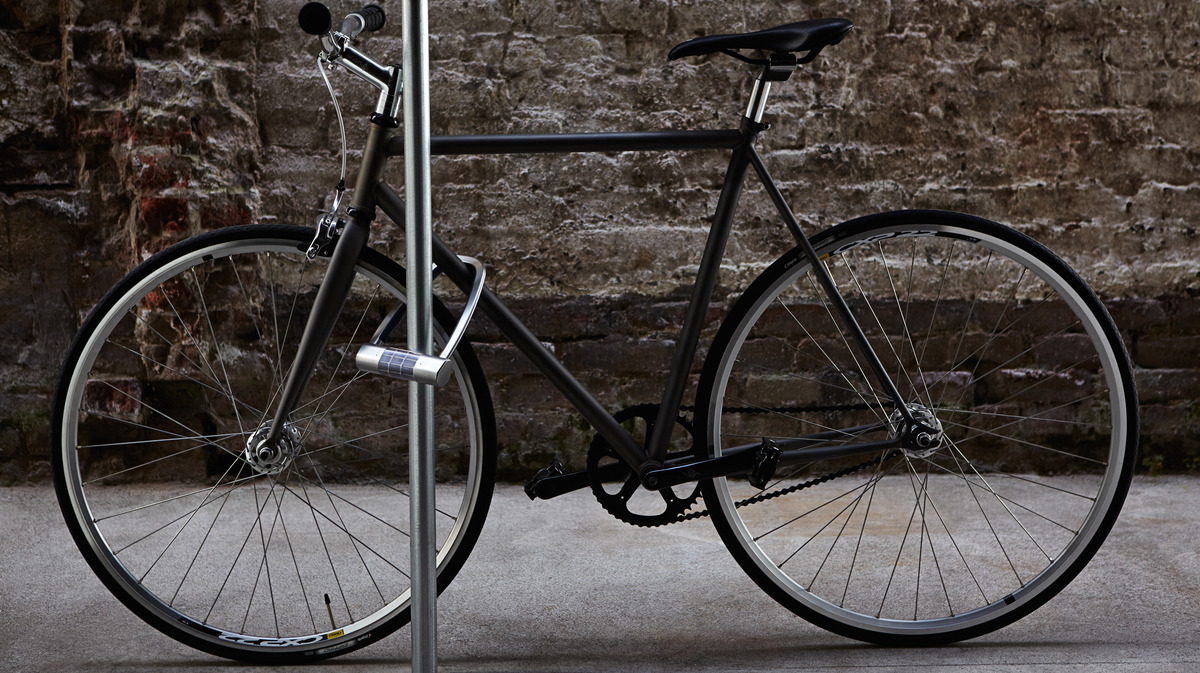 The lock can also be used to let other riders borrow the bike.

Eventually, Velo Labs says in a news release, the bike-share would be managed in a community where "bike owners can lend their bikes based on prices relative to demand and location."

The lock can also communicate on its own — it can send an alert if it detects someone holding it for a period of time, for instance, or if it senses an abrupt and violent movement that could signal a bad crash.

In the case of a crash, Al-Kahwati says, the app relies on the rider's smartphone to "sense an impact from both the lock and the phone." It then asks the rider if he is OK; if there's no response, the system can reach out to either rescue agencies or to people entered as emergency contacts.

And if you feel you're the type of aggressive rider who might cause the app to worry without cause, you can turn the feature off, Al-Kahwati says.

The bike-sharing feature might be the most eye-catching part of the Skylock, particularly for cyclists who might see it as a way to pay for some fancy new gear — or even a new bike. A similar idea was recently put forth in a Kickstarter campaign for BitLock, which received $127,000 in backing.

BitLock is priced at $119; its maker promises to deliver it by July.

And then there's the Smart Wheel from FlyKly, a company that ran a Kickstarter campaign for its concept of an electric-assist wheel hub that can also be locked remotely and tracked. The campaign raised more than $700,000; the product will sell for $800, according to its website.

When it hits the market, the Skylock will sell for $159 — a price its makers say will rise to $250 after an introductory period. The company is launching a fundraising campaign for the lock on its website Wednesday.

The gadgets are part of a wave of new cycling products that got their start outside the existing bike-accessory industry. And it's telling that all of them try to reassure cyclists about a common worry: keeping their bike from being stolen.

When we asked Al-Kahwati if that had ever happened to him, he said, "I think it's statistically impossible not to have your bike stolen in San Francisco."