Accessibility links
Veterans Affairs' Eric Shinseki Angry Over Allegations About Facility : The Two-Way At issue are accusations of delayed treatment and preventable deaths at the VA hospital in Phoenix. Eric Shinseki, the head of the Department of Veterans Affairs, is testifying before a Senate panel.

VA's Shinseki 'Mad As Hell' Over Alleged Delays At Facility

VA's Shinseki 'Mad As Hell' Over Alleged Delays At Facility 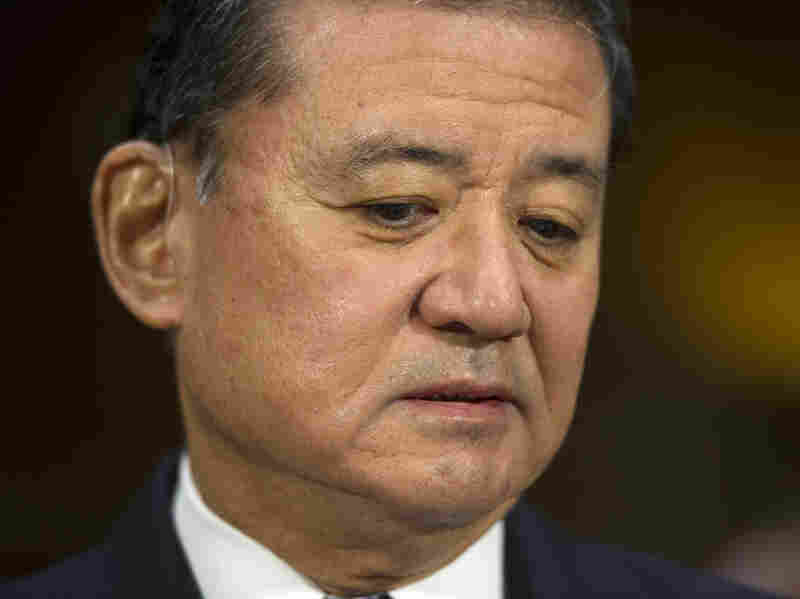 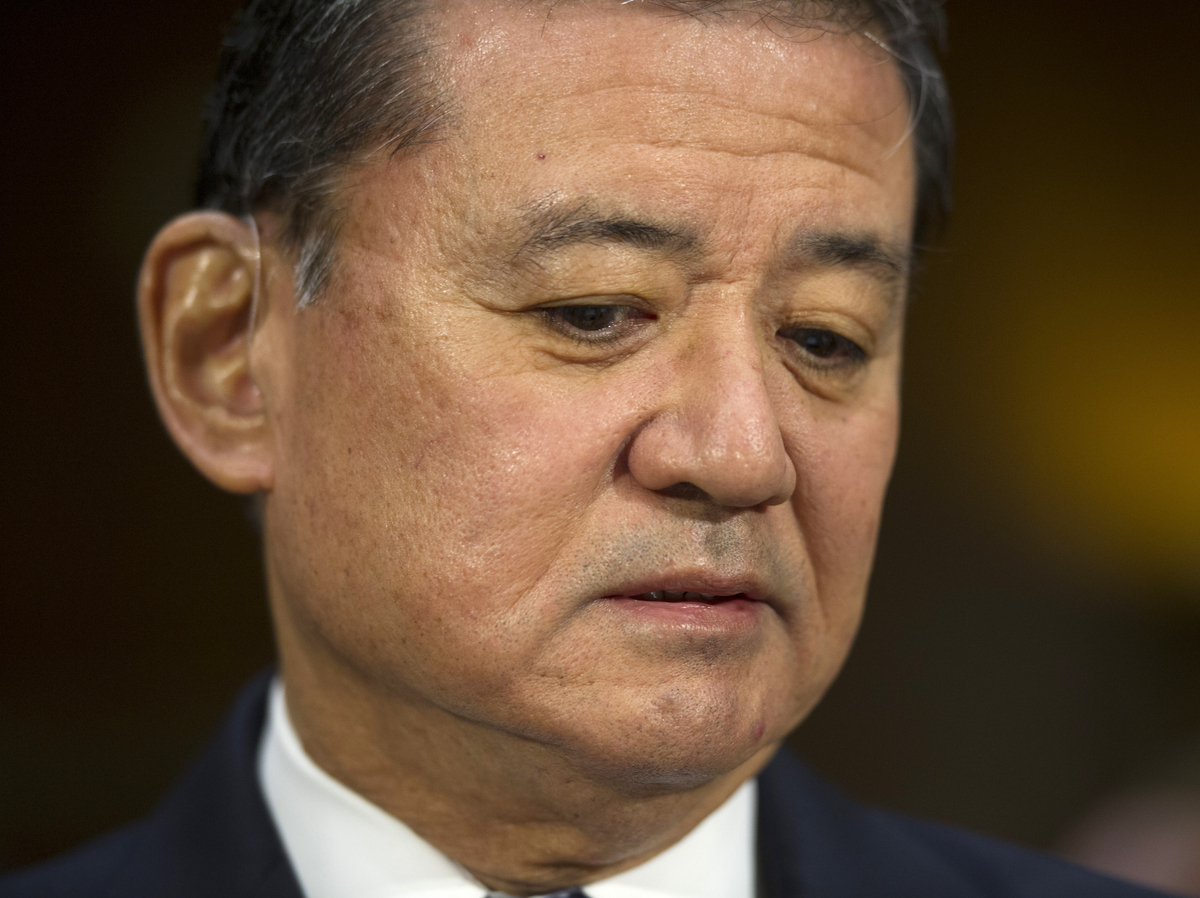 Veterans Affairs Secretary Eric Shinseki told a Senate panel today [Thursday] that he hoped to have a preliminary report within three weeks on the problem of delayed treatment and preventable deaths at VA facilities across the nation.

His testimony came amid allegations that such conditions persisted at a VA hospital in Phoenix. Shinseki said he was "mad as hell" about the reports.

NPR's Scott Neuman has the background to this story:

"The accusations of extended delays in providing health care at the Phoenix Veterans Affairs Health Care System surfaced last month. The facility reportedly kept two lists of veterans waiting for care: one it shared with Washington, and another, secret list of wait times that sometimes lasted more than a year."

Dozens of deaths have been reported at the Phoenix facility because of delayed treatment. Three officials there have been placed on leave.

Shinseki, a retired Army general, resisted calls for a criminal investigation into the allegations, even as Sen. Richard Blumenthal, D-Conn., said during the hearing that there appears to "solid evidence of wrongdoing within the VA system" that could be criminal.

Some Senate Republicans as well as the American Legion have called on Shinseki to resign over the controversy. But he and the White House have rejected those demands.

The Associated Press reports that White House Deputy Chief of Staff Rob Nabors has been dispatched to the Department of Veterans Affairs to oversee a review of the beleaguered agency.

But Sen. John McCain, R-Ariz., said the Obama administration had "failed to respond in an effective manner" to the allegations.

In an interview with NPR's All Things Considered last week, Shinseki said: "Allegations like this get my attention. I take it seriously and my habit is to get to the bottom of it."

But Aaron Glantz, a reporter for the Center for Investigative Reporting, told NPR's Morning Edition on Thursday that these allegations aren't new.

Here's more from the AP about the VA system and the Phoenix facility:

"The VA system is the largest health care system in the country, serving nearly 9 million veterans a year at 152 hospitals and more than 1,500 other sites nationwide. Surveys show patients are mostly satisfied with their care. ...

"The Phoenix VA Health Care System, which includes a hospital and at least a half-dozen satellite clinics, serves about 80,000 veterans."