Accessibility links
Narendra Modi: From Humble Beginnings To India's Would-Be Prime Minister : Parallels In a country known for political dynasties, Modi's rise has been stunning. He's praised for making his Gujarat state an economic powerhouse, but religious riots there in 2002 leave some uneasy. 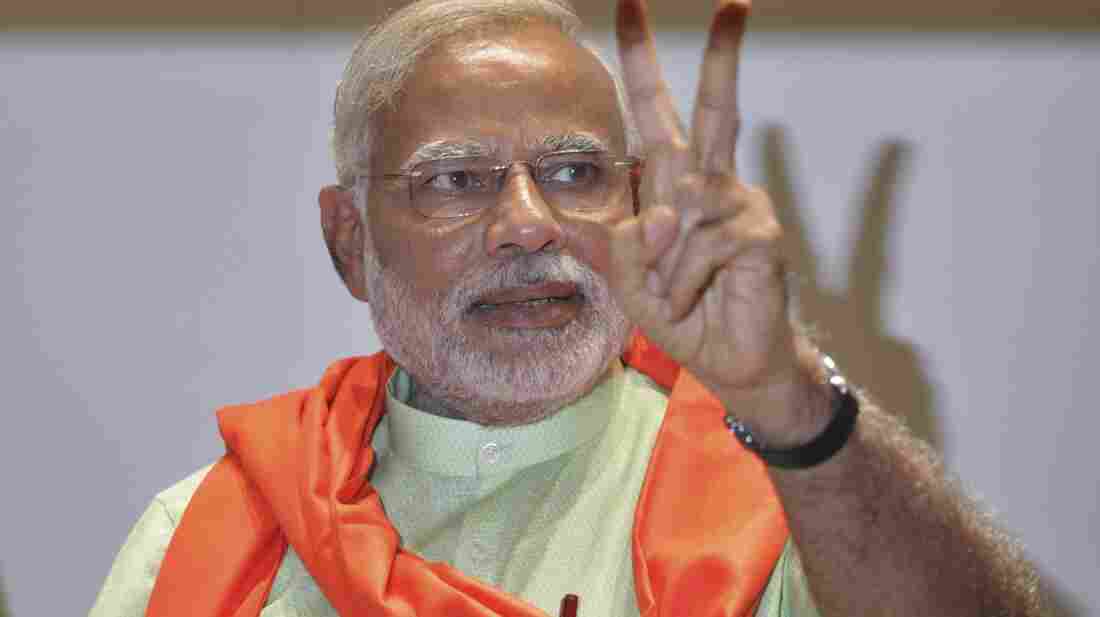 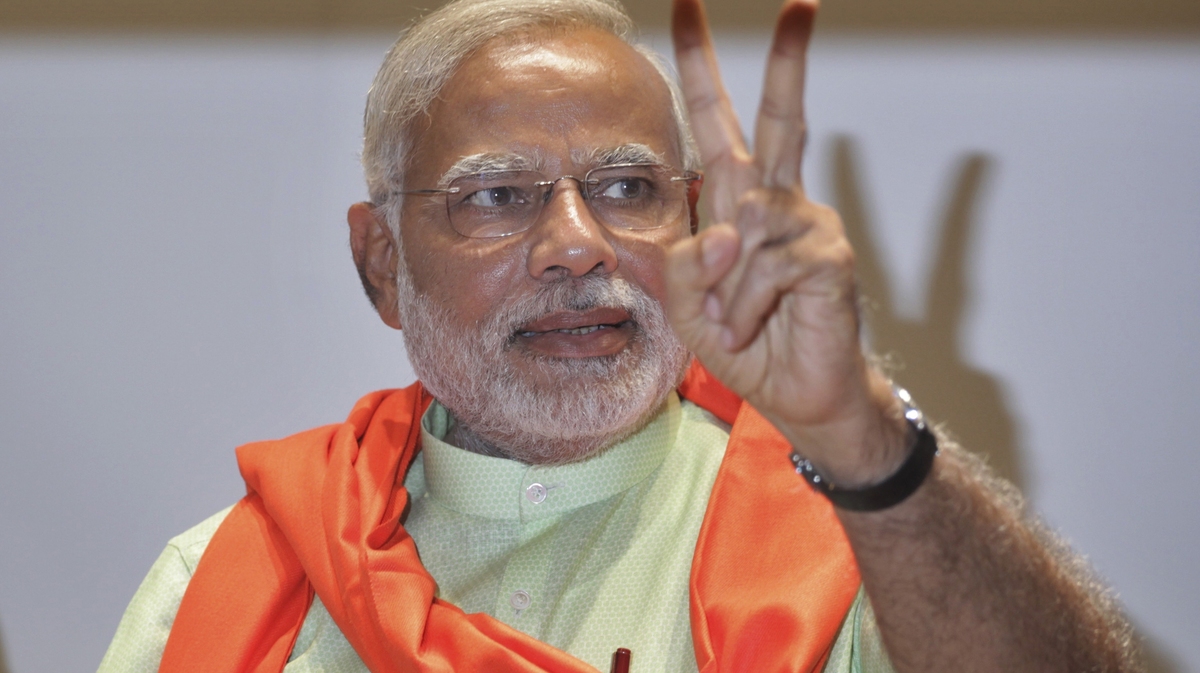 Modi is praised for the strong economic growth in Gujarat state, where he has been chief minister since 2001. But religious riots there in 2002 are a dark cloud over his legacy.

Here are some things to know about Modi.

In a country known for political dynasties, Modi's rise has been stunning. He's the son of a tea vendor who, as a young man, joined the Rashtriya Swayamsevak Sangh, a Hindu nationalist organization, and rose quickly through its ranks. Modi's BJP is closely allied with the group.

He is married but did not acknowledge his wife's existence until April, when he filed his nomination papers — even though her existence was widely reported for years.

Modi became chief minister 13 years ago in Gujarat, roughly equivalent to the governor of an American state, and during his tenure made it one of India's best-performing states economically. He is known to be self-disciplined and austere.

Modi, as NPR's Julie McCarthy reported last year, is seen by many as a "pro-business go-getter." In the words of the writer William Dalrymple:

"[U]nder his stewardship, the economy of the state of Gujarat, for which he has been chief minister since 2001, has nearly tripled in size. He also has a reputation for decisiveness, getting things done, rooting out corruption, stimulating investment and slashing through the bureaucratic red tape and outdated, cumbersome regulations."

Modi is a favorite of Indian business executives who frequently rank Gujarat as among the easiest states in India in which to do business. Indeed, Gujarat is one of the few places in India where there is an uninterrupted electricity and water supply, and its roads are the envy of Indians from other states.

But as Julie pointed out in her reporting, not everyone has benefited from the state's economic progress. Half of all children younger than 5 suffer from malnutrition; two-thirds of rural households lack toilets.

Also, Gujarat's entrepreneurial tradition long predates Modi, but as one businessman told Julie: Modi made the government machinery accountable. And many Indians hope that he's able to repeat that feat across the rest of the nation.

Perhaps the biggest reservation many Indians have about Modi is the massive anti-Muslim violence that broke out under his watch in 2002.

Hundreds of Muslims were killed in violence that followed the burning of a train compartment carrying Hindu pilgrims; 59 of those pilgrims died. Some of Modi's close aides were found guilty of taking part in the violence that ensued.

The chief minister himself denied any responsibility, but critics accuse him of not taking action to stop the violence. Subsequent investigations of the riots have exonerated Modi, but those investigations have themselves been criticized.

Until recently, Modi had never publicly addressed the violence. Late last year, in a long blog post, he said the violence shook him deeply. But as we noted at the time, the comments fell short of an apology sought by many victims of the riots.

Those riots still make many Muslims and other minorities wary of Modi.

The Indian government's own data show urban Muslims in Gujarat are worse off than Muslims in the rest of the country. But government figures also show that Gujarat is one of the top states in the country for Muslim employment.

While Modi is praised for his organizational skills and governance style, he is also criticized as vindictive and abrasive, and according to Reuters, "capable of holding grudges for years and intolerant of dissent."

And, as Dalrymple wrote: "Modi, the argument goes, displays all the signs of becoming an Indian [Vladimir] Putin."

Relations With U.S., Others

Following the 2002 Gujarat riots, Modi was denied a visa to travel to the U.S. However, it's nearly certain he would be granted one if he becomes prime minister and applies for a visa.

Indeed, Modi met with the U.S. envoy to India in February. He has also met with European officials, and it appears that Modi, if he becomes prime minister of the world's largest democracy, would not be isolated in the West or the international community.

Narendra Modi: Man Of The Masses

Timeline Of The Riots In Modi's Gujarat