Accessibility links
GM Will Pay $35 Million Fine Over Massive Safety Recall : The Two-Way The much-criticized recall of more than 2 million vehicles for ignition-switch and air-bag problems has resulted in a record fine for the automaker, the Department of Transportation says. 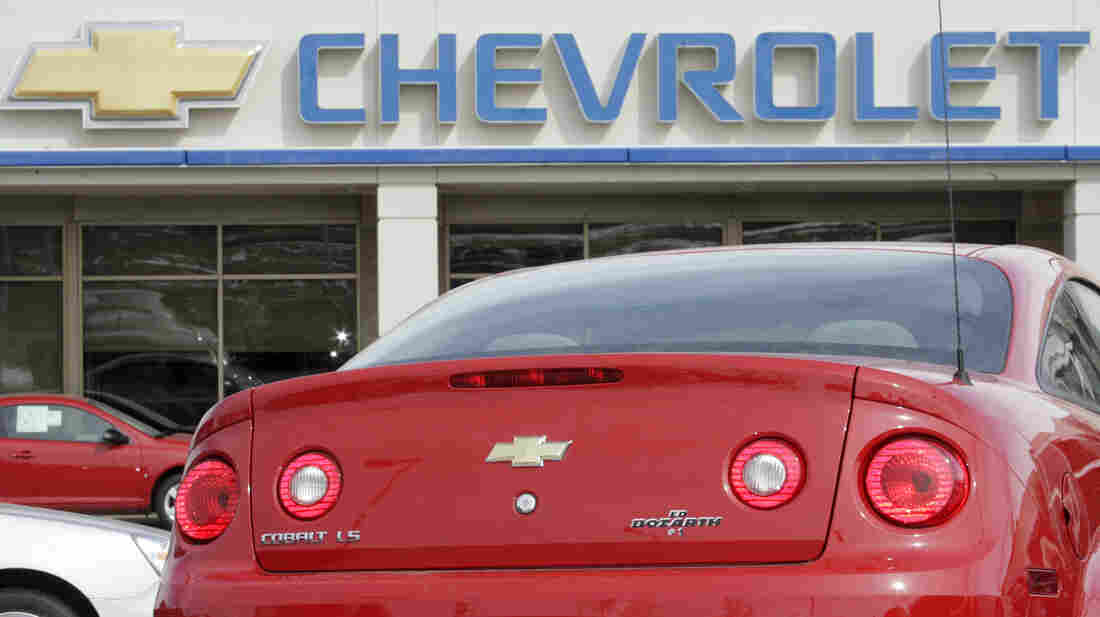 The Chevrolet Cobalt is one of several GM models that were recalled for faulty ignition switches. The carmaker is paying a $35 million penalty. David Zalubowski/AP hide caption 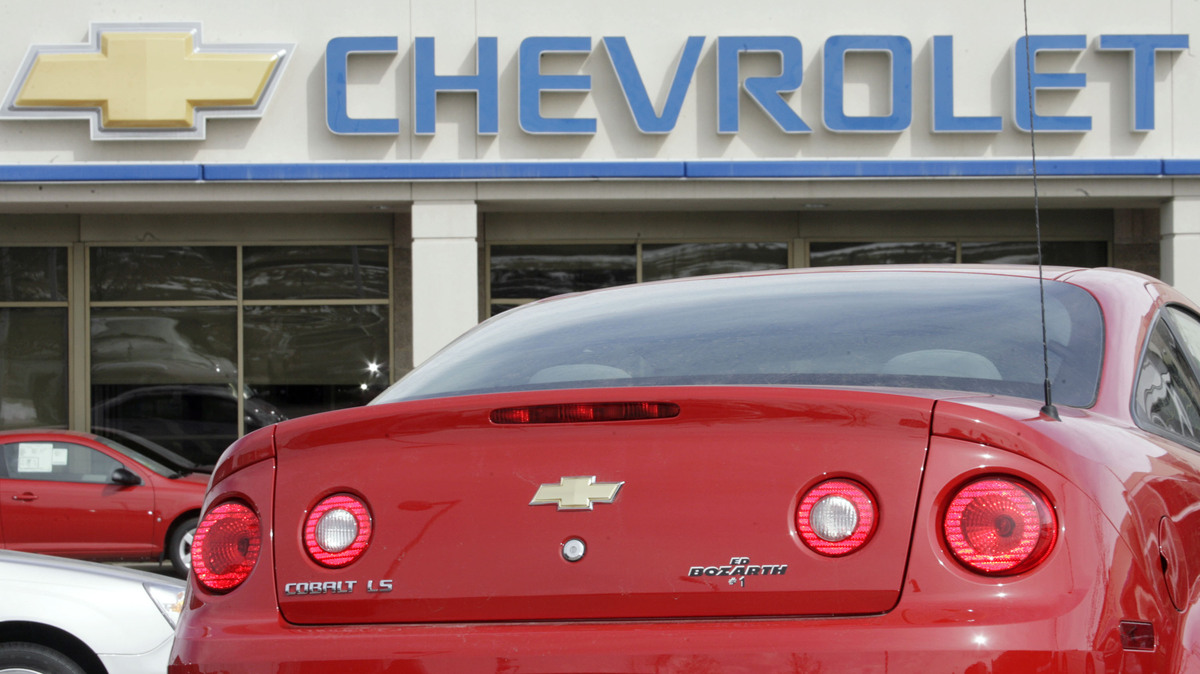 The Chevrolet Cobalt is one of several GM models that were recalled for faulty ignition switches. The carmaker is paying a $35 million penalty.

The Department of Transportation is ordering General Motors to pay a record $35 million civil penalty for its handling of a recall of more than 2 million vehicles for ignition switch problems. The government says GM violated federal safety laws.

The fine is part of a "consent decree" that's being announced Friday. The agreement also calls for GM to change how it handles review of safety issues.

The substantial fine stems from an investigation into the Chevrolet Cobalt and other GM cars that were found to have problems with their ignition switches.

The recall targets a flaw that can allow an ignition switch to move out of the "run" position — and was found to cause air bags to fail to deploy during a crash. As our earlier post on the issue stated, "GM has linked the problem to at least a dozen deaths in more than 30 crashes."

The National Highway Traffic Safety Administration says the fine is "the single highest civil penalty amount ever paid as a result of a NHTSA investigation of violations stemming from a recall."

"Safety is our top priority, and today's announcement puts all manufacturers on notice that they will be held accountable if they fail to quickly report and address safety-related defects," U.S. Transportation Secretary Anthony Foxx said in a news release announcing the fine.

Saying the government would continue to "aggressively monitor GM's efforts" to resolve the issue, he also called for Congress to raise the limits on how large a fine the government can use to punish businesses. He cited a new law that would make the limit $300 million.

The $35 million fine levied against General Motors is a civil penalty. Earlier this year, Toyota agreed to pay a $1.2 billion criminal fine over its behavior during a safety probe. That case was handled by the Justice Department.

"This is just the beginning" of what GM will likely have to pay, NPR's Sonari Glinton reports on Morning Edition. "It doesn't include civil lawsuits or criminal investigation by federal or local governments. And it doesn't include a compensation package that could be potentially worked out."

"We have learned a great deal from this recall. We will now focus on the goal of becoming an industry leader in safety," said GM CEO Mary Barra, who faced a grilling on Capitol Hill last month.

The company's vice president of global vehicle safety, Jeff Boyer, said GM "has created a new group, the Global Product Integrity unit, to innovate our safety oversight," among other measures.