Accessibility links
Oprah Winfrey's Channel Calls Off Michael Sam Series : The Two-Way OWN had planned a documentary series to feature the first openly gay NFL player in his bid to earn a spot on the St. Louis Rams. The network backed off to give him space "to achieve his dreams." 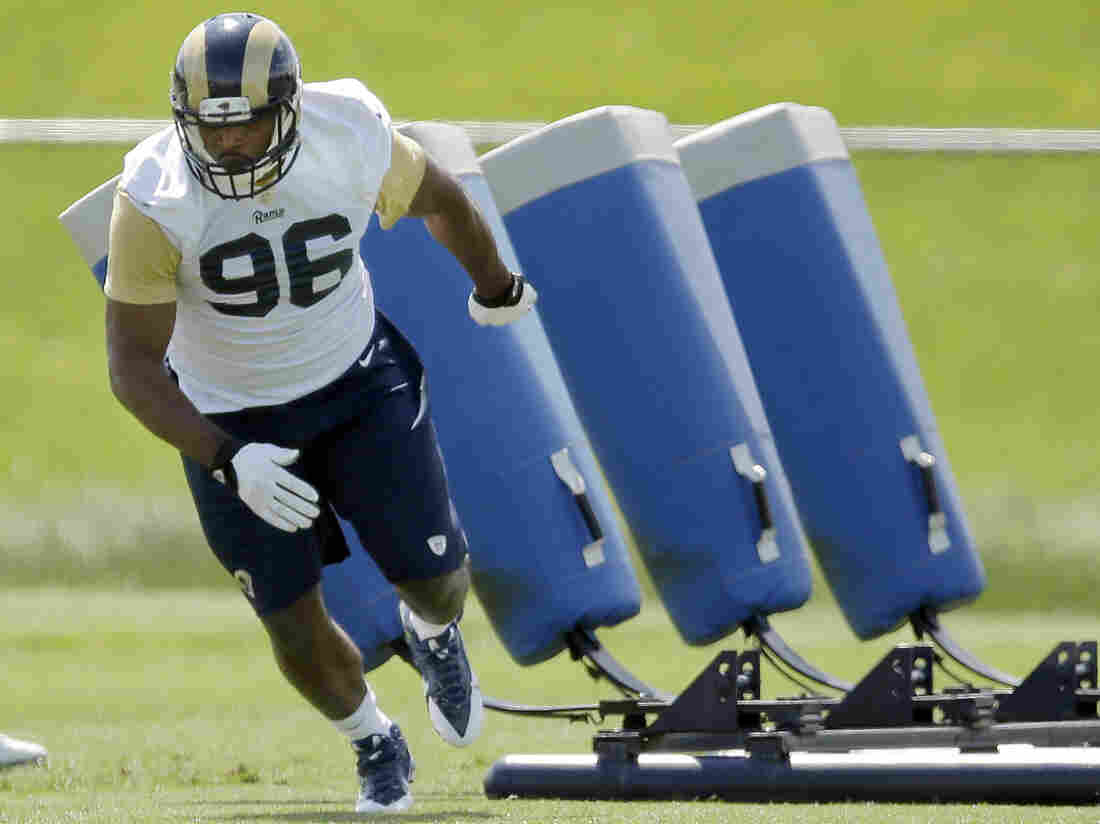 St. Louis Rams rookie defensive end Michael Sam runs a drill during the team's rookie camp. He won't be followed by Oprah channel cameras for a documentary, as had been planned. Jeff Roberson/AP hide caption 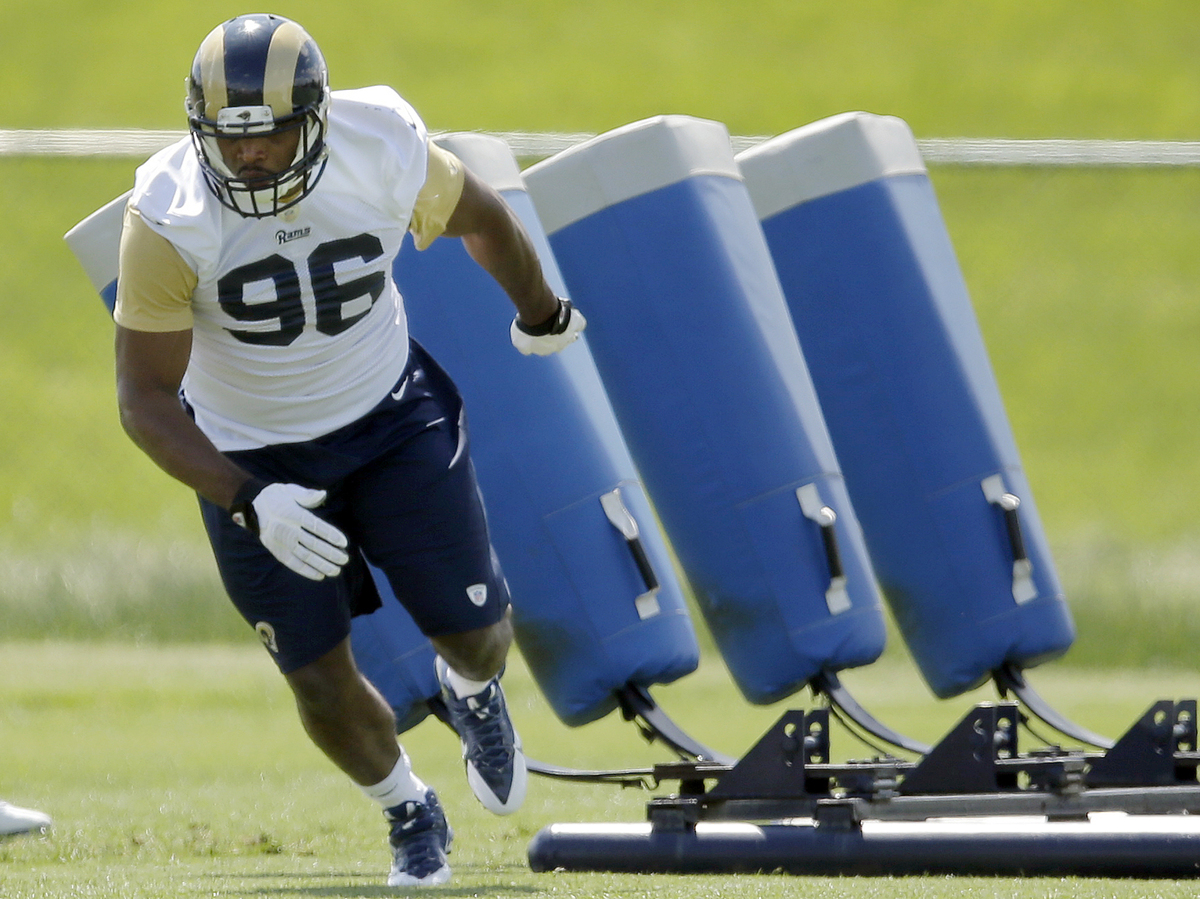 St. Louis Rams rookie defensive end Michael Sam runs a drill during the team's rookie camp. He won't be followed by Oprah channel cameras for a documentary, as had been planned.

Oprah Winfrey's television network was set to follow Michael Sam through rookie camp as he tried to earn a spot on the St. Louis Rams. The docuseries was to follow Sam, the first openly gay NFL player, with a camera team at training camp as well as his personal life — a "historic moment in professional sports," OWN's president told ESPN.

But OWN put the project on indefinite hold Friday to give Sam a chance to work without distraction.

"After careful consideration and discussion with the St. Louis Rams, 'The Untitled Michael Sam Project' has been postponed, allowing Michael the best opportunity to achieve his dreams of making the team," OWN president Erik Logan said in a statement.

Sam's agent, Cameron Weiss, said the decision to call off the series was made after a discussion with Sam and the Rams. "This will allow for Michael to have total focus on football, and will ensure no distractions to his teammates," Weiss told the media.

The NFL and the Rams were unaware of the documentary when they drafted Sam, Weiss said in an interview earlier this week, and Mike Florio of NBC Sports reports the team had been unconcerned. "Per a source with knowledge of the situation, the Rams intend to cooperate with Sam in a way that will make the entire situation — including reality show — work out for everyone," Florio wrote.

Teammates were less comfortable, ESPN reported. An anonymous Rams player told the network that the appearance that Sam was striving for a measure of celebrity while the others were hoping to just make the roster was causing friction.

"It's an interesting case that he gets to work with Oprah and have his own show, but I think it does raise eyebrows and it may be somewhat of a distraction," the player told ESPN's Josina Anderson. "But this is our first time dealing with something like this, so we'll have to wait and see how it plays out and how people react."

Sports commentators were split on the documentary and Sam's wisdom in agreeing to do the series. Jason Whitlock of ESPN, a self-proclaimed "reformed homophobe," called the Oprah series a "gigantic tactical error."

"America, for the most part, would wrap its arms around Michael Sam, the gay, underdog football player fighting to find his place in the NFL," Witlock wrote last week when the OWN deal was announced. "America, for the most part, will reject Michael $am, the gay, in-your-face political/media pawn using the NFL as a platform to launch his celebrity brand."

But Sam Donnellon of the Philadelphia Daily News argued that Sam, who was SEC defensive player of the year but only drafted in the seventh round, is gutsy enough to overcome the distraction.