Accessibility links
Holder: Subtle Racism Is Greater Threat Than 'Outbursts Of Bigotry' : The Two-Way On the 60th anniversary of Brown v. Board of Education, Attorney General Eric Holder and first lady Michelle Obama said racism is still alive and there is work yet to be done.

Holder: Subtle Racism Is Greater Threat Than 'Outbursts Of Bigotry'

Holder: Subtle Racism Is Greater Threat Than 'Outbursts Of Bigotry' 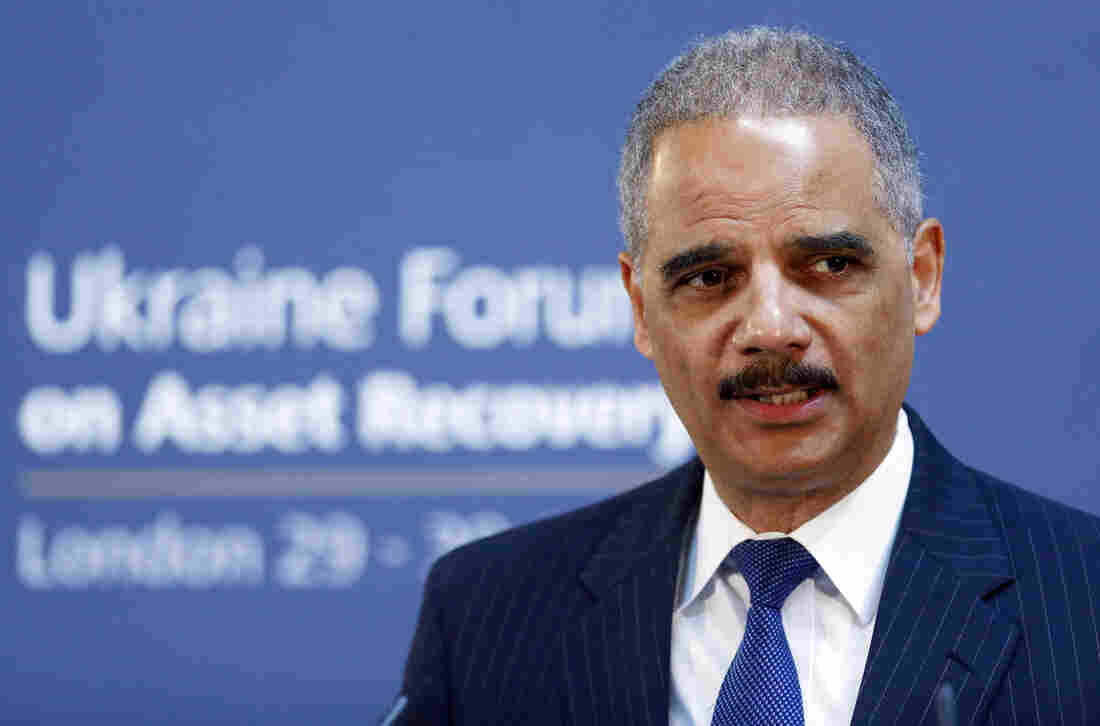 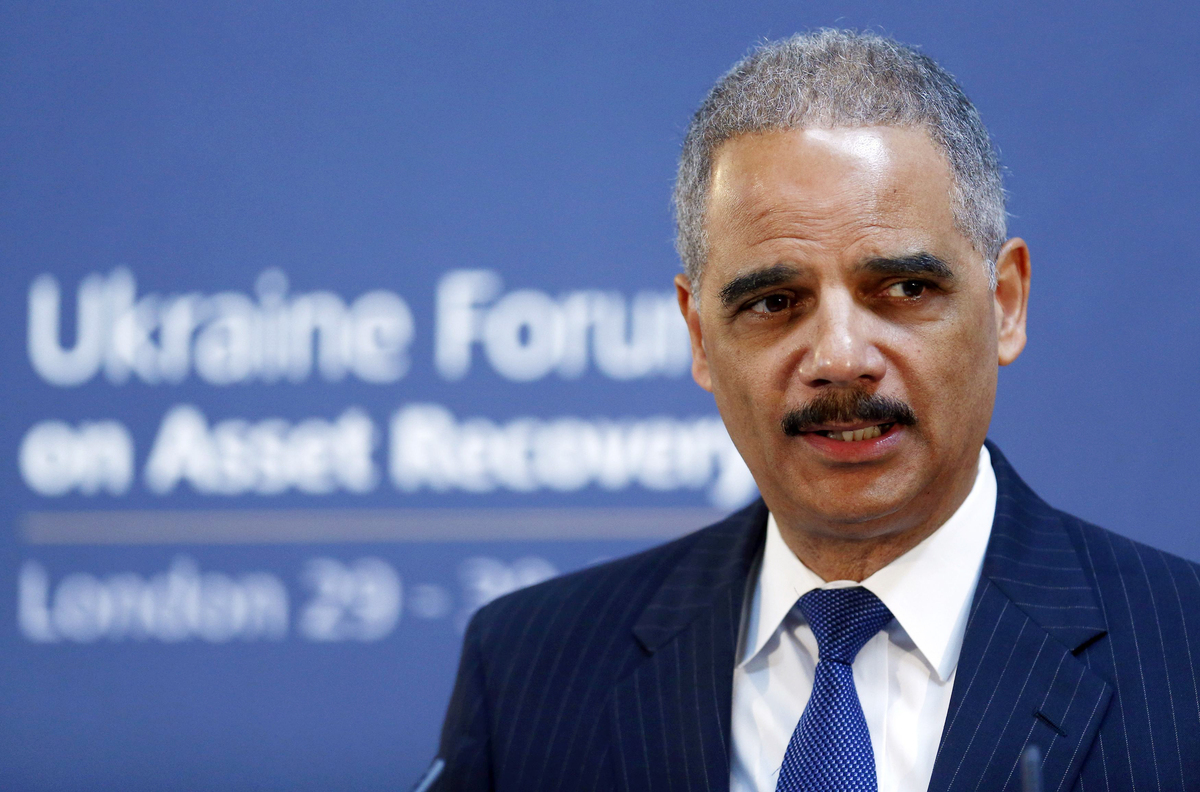 During separate commencement addresses, Attorney General Eric Holder and first lady Michelle Obama delivered a similar message: On this 60th anniversary of the landmark Supreme Court decision in Brown v. Board of Education, which desegregated schools, we should acknowledge that progress has been made, but in many ways systematic racism still exists, albeit in a more subtle way that is just as sinister.

The Kansas City Star reports that Obama spoke at the graduating ceremony for five Topeka high schools Friday night. According to the paper, Obama said schools, for example, are still segregated and "too often, those schools aren't equal, especially ones attended by students of color, which too often lag behind with crumbling classrooms and less experienced teachers."

"The Brown decision, she said, isn't about the past. It's about the future.

"She called on students to battle deep-seated prejudices that persist years after the civil rights movement swept across the country.

" 'Graduates, it's up to all of you to lead the way and drag my generation and your grandparents' generation along with you,' she said."

Holder spoke at Morgan State University. Referring to the Donald Sterling fiasco, Holder said that the past few weeks have given us a perfect example of clear, "outbursts of bigotry."

But the real trouble, the greatest threat 60 years after Brown v. Board is what he called "subtle racism."

"There are policies that too easily escape such scrutiny because they have the appearance of being race-neutral," Holder said. "Their impacts, however, are anything but. This is the concern we must contend with today: policies that impede equal opportunity in fact, if not in form."

Holder cited zero-tolerance policies in schools that overwhelmingly affect minorities and he pointed out attempts by many states to pass laws that make it more difficult to vote in an attempt to curb voter fraud.

Holder said racist policies exist in how our criminal justice system hands down tougher sentences to convicts of color.

Finally, Holder took at a shot at Supreme Court Justice John Roberts, who voted to uphold Michigan's ban on affirmative action, on what Holder said was the assumption that "the path to ending racial discrimination is to give less consideration to the issue of race altogether."

"This presupposes that racial discrimination is at a sufficiently low ebb that it doesn't need to be actively confronted," Holder said. "In its most obvious forms, it might be. But discrimination does not always come in the form of a hateful epithet or a Jim Crow like statute. And so we must continue to take account of racial inequality, especially in its less obvious forms, and actively discuss ways to combat it. As Supreme Court Justice Sonia Sotomayor wrote recently in an insightful dissent in the Michigan college admissions case — we must not 'wish away, rather than confront, the racial inequality that exists in our society. ... The way to stop discrimination on the basis of race is to speak openly and candidly on the subject of race.' "