Accessibility links
NPR To End 'Tell Me More,' Eliminate 28 Positions : The Two-Way The moves come as part of the network's effort to eliminate budget deficits. Tell Me More host Michel Martin will remain with NPR. 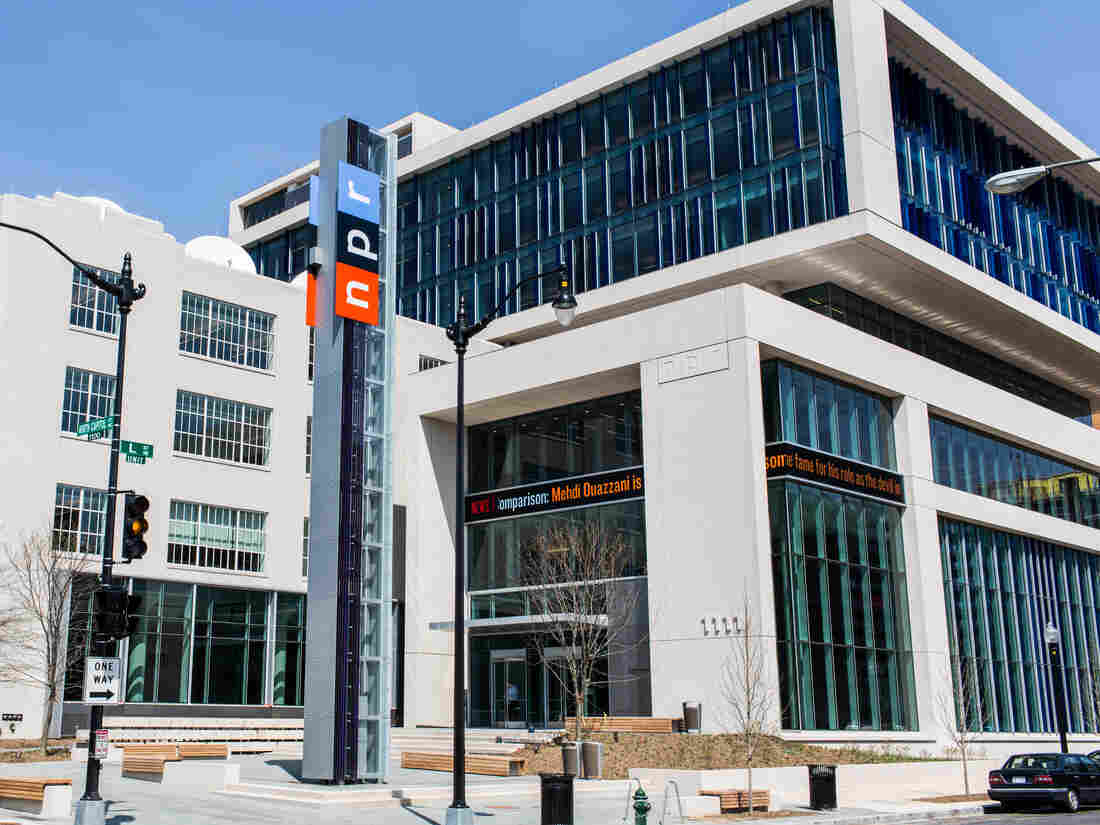 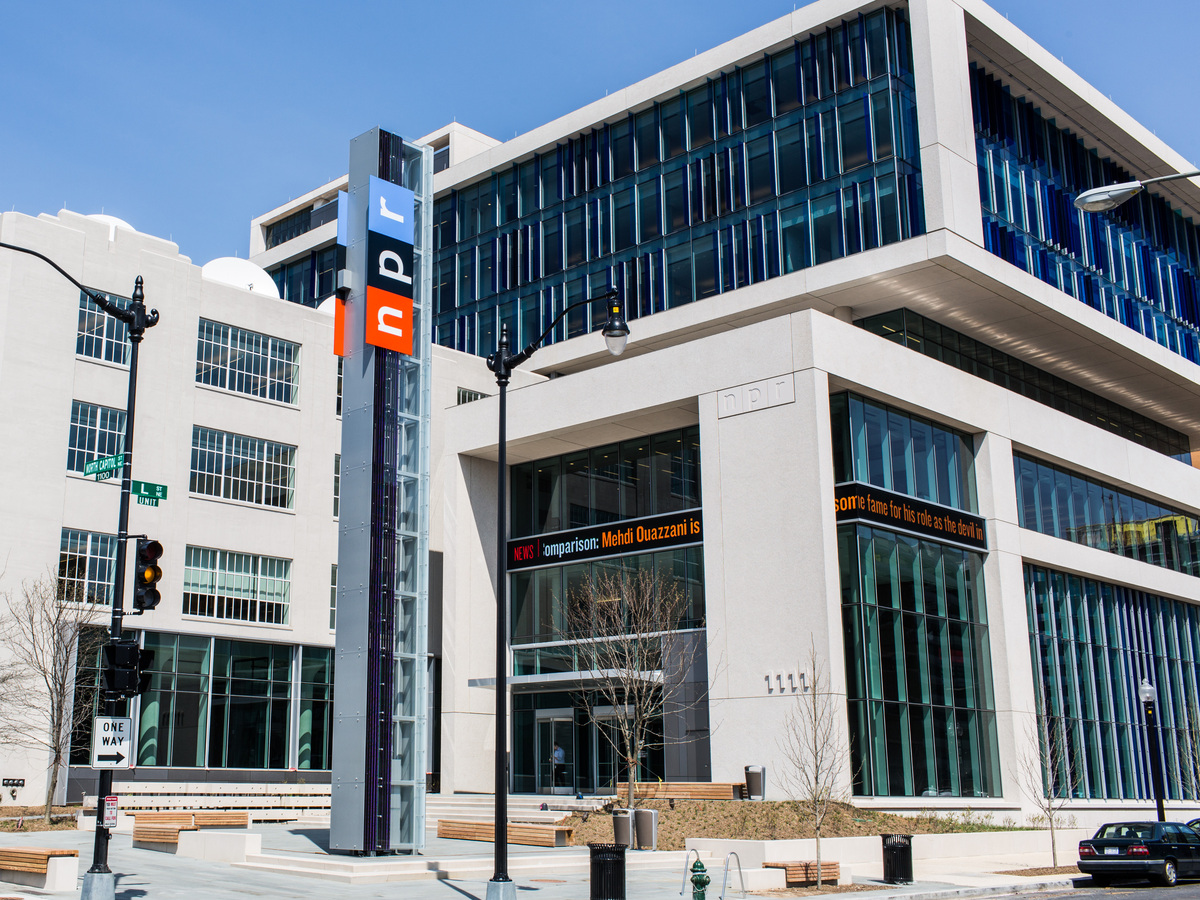 NPR announced Tuesday that it would cease broadcast of the weekday program Tell Me More on Aug. 1 and eliminate 28 positions as part of a larger effort to end the company's persistent budget deficits.

"These times require that we organize ourselves in different ways and that we're smarter about how we address the different platforms that we reach our audiences on," NPR Executive Vice President and Chief Content Officer Kinsey Wilson said. "We're trying to make the most of the resources that we have and ensure that we keep radio healthy and try to develop audience in the digital arena."

Before the departure of former CEO Gary Knell last year, NPR's board of directors voted to require its executives to go into fiscal 2015 — which starts Oct. 1 — with projections of a balanced budget. Tuesday's cuts, in combination with buyouts earlier this year, will reduce the network's costs by $7 million a year. The reductions are expected to help bring fiscal 2014's deficit in at the approved level of more than $6 million.

Michel Martin comments on Tell Me More's cancellation and what she plans to do now at NPR: "We've done a lot to show what's possible here and I want to keep that going,"

— Tell Me More's Michel Martin to stay at network, will have strong presence on newsmags, online & at live events w help of new team

— NPR EVP Wilson: "these times require that we organize ourselves in different ways - and that we're smarter"

— Midday shows a tough sell in digital era; NPR earlier shut "Talk of the Nation," pairing instead w WBUR to replace it with "Here & Now"

— New CEO Jarl Mohn will take over this summer with a clear financial slate.

The earlier buyouts led to the departure of dozens of people throughout the company. Eight of the 28 positions being eliminated are already vacant, Senior Vice President for News Margaret Low Smith told staffers.

Ultimately, NPR's total head count will be 7 percent lower than where it stood last year — there will be 9 percent fewer newsgathering positions. NPR has run deficits in all but one of the past six fiscal years, including the one ending Sept. 30.

Michel Martin, the host of Tell Me More, will remain at the network, as will the program's executive producer, Carline Watson. They will be part of an initiative to incorporate the kind of coverage of issues of race, identity, faith, gender and family that appear on the show. Martin will appear on the network's primary newsmagazines, online and in public events.

Tell Me More's demise is the third for programs expressly designed to have a primary appeal for African-American listeners and other people of color. Tavis Smiley took his show to a rival public broadcaster after clashes with NPR brass over how much money the network spent to market his program, and News and Notes went off the air in 2009.

That year, at the depths of the global financial crisis, also marked the end of the midday program Day to Day; last year, NPR shut down the long-running afternoon program Talk of the Nation.

"We're in a different era than we were, even in five or six years ago," Wilson said. "There is in fact an opportunity to reach a larger audience across platforms ... not simply through principally a once-a-day broadcast show."

Additionally, NPR maintains two related but separate efforts: the Race Card Project, a multiplatform effort created by host and special correspondent Michele Norris, and Code Switch, a team that looks at how an increasingly multiethnic America understands itself. Code Switch's work appears both on the air and on NPR.org. Lynette Clemetson, who has been Morning Edition's senior supervising editor, will oversee all three groups and will hire a handful of other reporters; those who have lost their jobs will be able to reapply for those jobs.

As Wilson made clear, the company will continue to make investments in digital offerings as the audience grows for text and audio on mobile devices and elsewhere, such as new teams on education and global public health matters.

The example of NPR's music offerings may seem apt; NPR handed off production for several programs in recent years. While some loyal listeners and critics believed that presaged a retreat from the subject, the reborn NPR Music has become a vibrant digital presence, with interviews, essays, reviews, live concerts, album debuts, shared segments from public radio member stations, and other features. Stories from NPR Music staffers now also appear on NPR's broadcasts as well.

Former MTV and E! network executive Jarl Mohn — a major benefactor of Southern California Public Radio — has been appointed NPR's new CEO. He is scheduled to take office this summer.

Update at 2:05 p.m. ET. Michel Martin Admits To "Scar Tissue"; Says She Wants To Hold NPR To Its Mission:

In an interview after the news was announced, Martin sounded shaken, saying her program had exceeded expectations in terms of the number of stations carrying it and had drawn a more diverse audience to NPR.

"To be honest with you, I think we've been casualties of executive churn," Martin said. "Every CEO who has been at this network since I've been here — and how many are there now? Six? Seven? — all of them have supported this program, but none of them have stayed around long enough to institutionalize that support."

She said NPR's record with shows intended to appeal to African-American listeners speaks for itself.

But, Martin said, "clearly, it's not enough in this environment to fulfill an editorial mission. You've got to be supported across the board by every element of the organization. ... And I don't think that's always happened."

Martin admitted having "scar tissue" from her show's cancellation. But she also said she wants to hold NPR to its mission and its promises.

"We've done a lot to show what's possible here and I want to keep that going," Martin said. "I can't say you need to do better at serving these audiences and then walk away from it. I don't think that's fair."