Obama: People 'Will Be Held Accountable' For Veterans Affairs Problems

Obama: People 'Will Be Held Accountable' For Veterans Affairs Problems 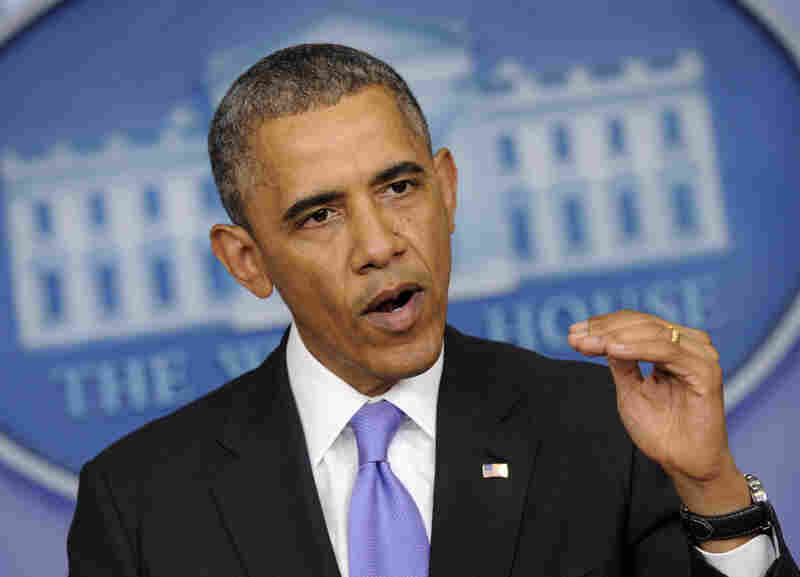 President Obama addresses the growing furor over allegations of misconduct at the Department of Veterans Affairs, on Wednesday. Susan Walsh/AP hide caption 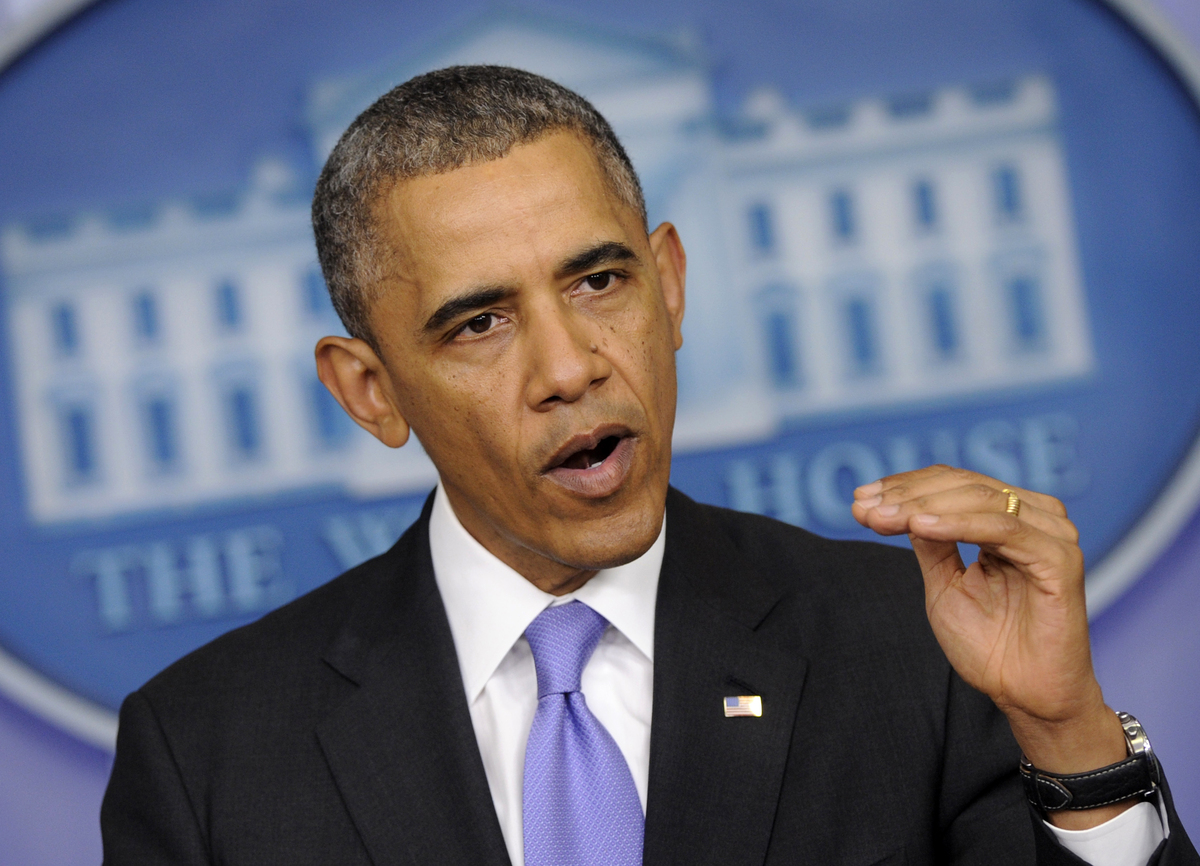 President Obama addresses the growing furor over allegations of misconduct at the Department of Veterans Affairs, on Wednesday.

Anybody found to have manipulated or falsified Veterans Affairs records "will be held accountable," President Obama said Wednesday. The president condemned the reported widespread problems at the VA, defending Secretary of Veterans Affairs Eric Shinseki.

Obama spoke after he and Shinseki met in the Oval Office Wednesday morning with White House deputy chief of staff Rob Nabors, who since last week has been detailed to work with the VA. Neither of those men attended the president's news conference.

Speaking about reports of long wait times — and efforts to cover up the delays — Obama said that if they're proven true, the behavior is "dishonorable" and "disgraceful."

The president said that Nabors is heading to Phoenix today to look into reports that a facility there had produced misleading statistics about veteran care.

Obama mentioned accountability several times in his prepared remarks; he also noted that some employees had already been put on administrative leave.

He said that his administration will continue "bringing the VA into the 21st century – which is not an easy task."

As the Two-Way has reported, Shinseki has told Congress he was "mad as hell" over reports of delayed treatments and preventable deaths at VA facilities.

After speaking about the VA's problems, the president took only two questions.

When asked why the situation had reached this point, Obama answered that there had been a delay in determining what was really going on. He noted that some of the alleged behavior, such as creating false reports, complicated that process.

The president noted that the VA faces two large challenges: an influx of new veterans from recent U.S. military conflicts, and an aging population of Baby Boomer veterans. He said that there are 85 million appointments scheduled over a year.

Obama also defended Shinseki, saying, "No one cares more about our veterans."

But Obama added that he told Shinseki today that he expects accountability and improvement in the full report on the VA's problems.

Earlier this month, Shinseki told NPR's Robert Siegel that he would "take swift and appropriate action" if reports that the Phoenix Veterans Affairs Health Care system kept two lists of veterans waiting for care – one for sharing with Washington and another showing wait times that sometimes reached beyond a year — were substantiated.

The VA is currently the subject of two main inquiries: an inspector general investigations of hospitals that were accused of fudging their reported statistics, and a broader audit ordered by Shinseki of all VA health centers. The findings of both of those inquiries are expected to be released this summer.