Accessibility links
House Passes Restrictions On NSA's Collection Of Phone Records : The Two-Way The measure, which now goes to the Senate, would require the National Security Agency to get permission before searching phone metadata. But critics say the bill doesn't go far enough. 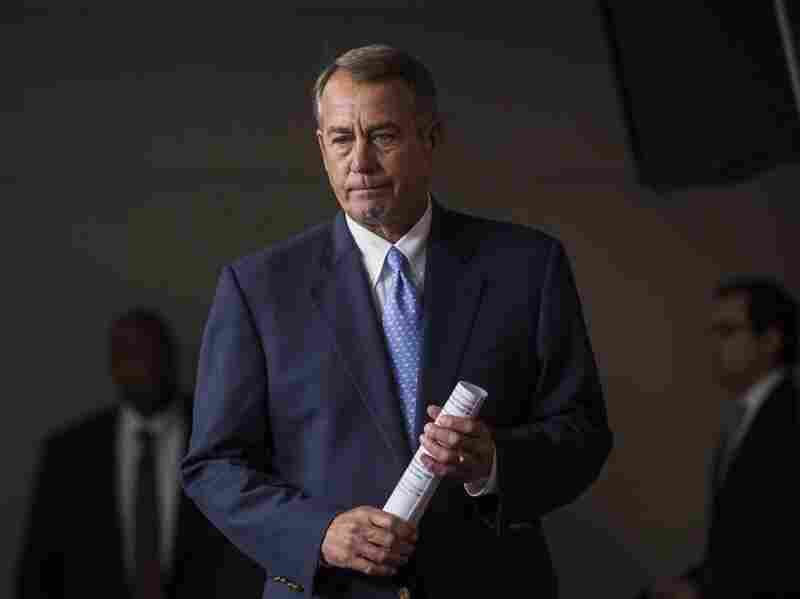 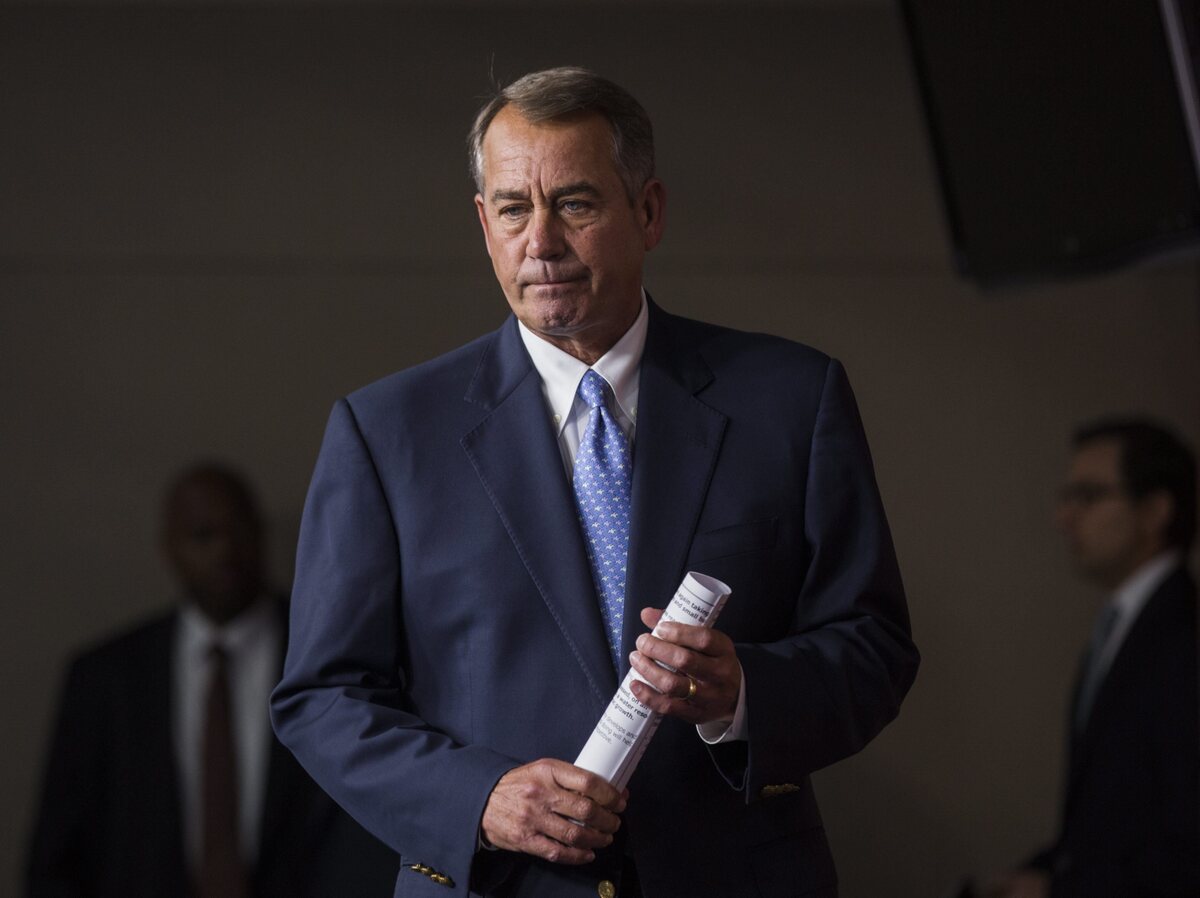 Speaker John Boehner prepares to speak to the media after the House passed the USA Freedom Act, an NSA reform bill aimed at restricting access to Americans' phone records.

The House passed a measure to end the National Security Agency's bulk collection of phone records, approving a scaled-back version of legislation that was prompted by leaks from former intelligence contractor Edward Snowden.

The 303-121 vote, however "sent an unambiguous signal that both parties are no longer comfortable with giving the N.S.A. unfettered power to collect bulk surveillance data," according to The New York Times.

The bill, known as the USA Freedom Act, now goes to the Senate. The Associated Press says that it essentially codifies a proposal made in January by President Obama, "who said he wanted to end the NSA's practice of collecting the 'to and from' records of nearly every American landline telephone call under a program that searched the data for connections to terrorist plots abroad."

But Democrat Jan Schakowsky of Illinois, a member of the House intelligence committee, described the bill as a "watered down" version of a bill that originally called for an independent public advocate to monitor the Foreign Intelligence Surveillance Act, or FISA, court that oversees the NSA.

"We must not let the perfect be the enemy of the good," Schakowsky said.

Privacy and civil liberties activists, however, said the measure was "gutted" in order to win broad agreement.

"This legislation was designed to prohibit bulk collection, but has been made so weak that it fails to adequately protect against mass, untargeted collection of Americans' private information," Nuala O'Connor, president and CEO of the Center for Democracy and Technology, said in a statement.

The AP says that Google and Facebook also withdrew their support, "saying they were concerned about language they fear could allow bulk collection of Internet data. Proponents say that concern is misplaced."

Under the bill, phone companies are not required to hold records for 18 months, which they were already doing, and the NSA will be allowed to search them only with a judicial order. It also expands the stipulation to mobile phone records, which the NSA did not have automatic access to before.

An earlier version of this post said the House bill in question required companies to keep records for 18 months. Despite protests by some senators, the bill does not include that provision.