Accessibility links
Opening Mideast Trip, Pope Francis Calls For An End To Syrian War : The Two-Way Francis is only the fourth pontiff to visit the Holy Land in 2,000 years. Francis will make stops in the West Bank and Jerusalem during a three-day visit. 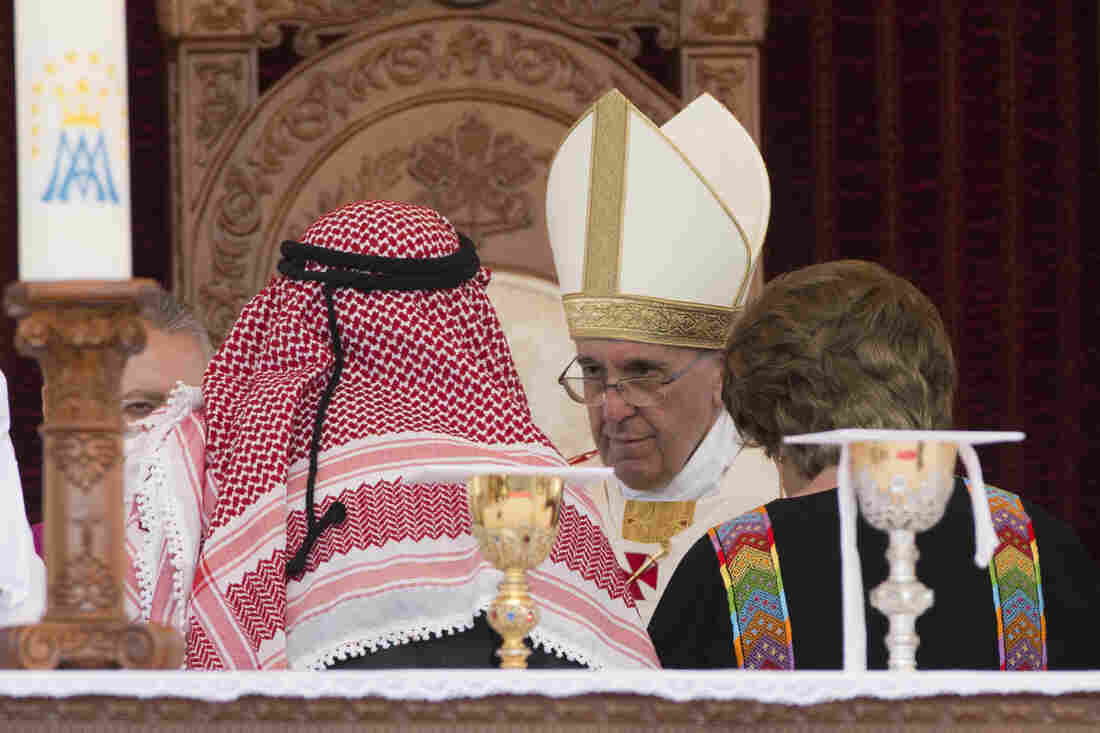 Pope Francis is greeted by King Abdullah II of Jordan and his wife Queen Rania, as they meet in Amman's Al Husseini Royal Palace in Jordan on Saturday. Andrew Medichini/AP hide caption 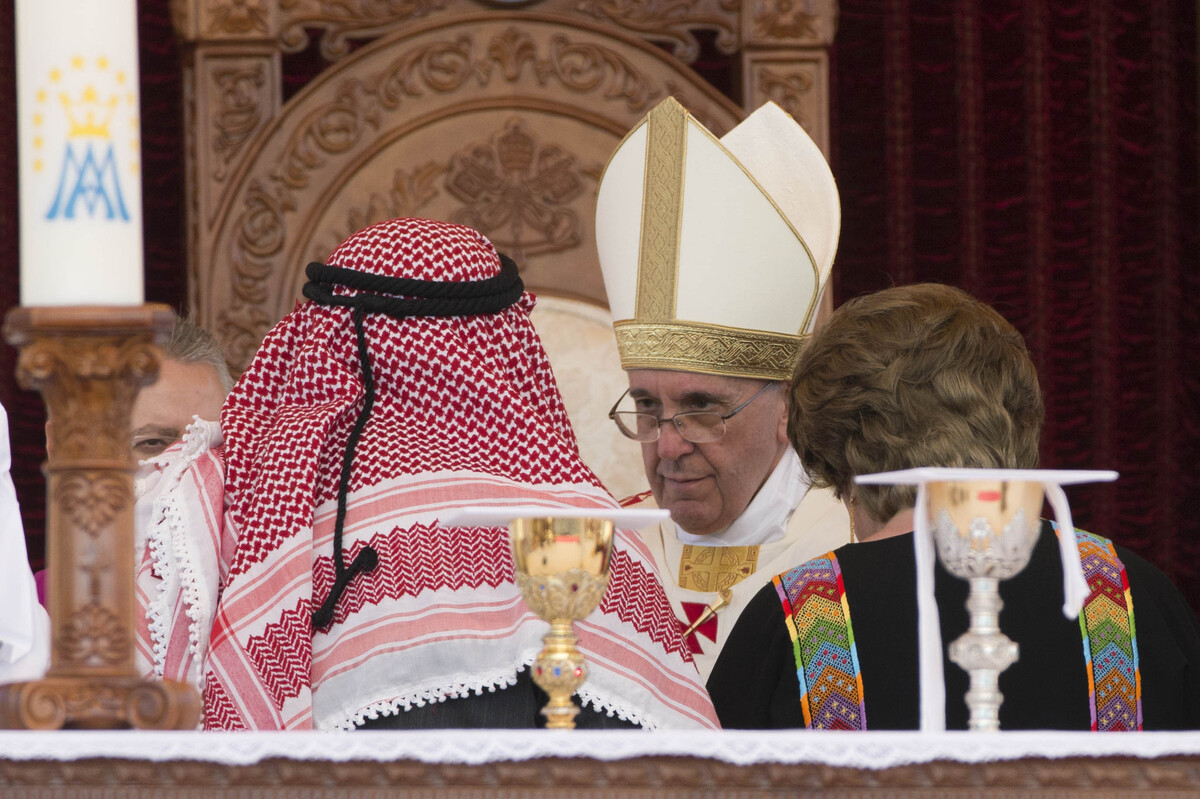 Pope Francis is greeted by King Abdullah II of Jordan and his wife Queen Rania, as they meet in Amman's Al Husseini Royal Palace in Jordan on Saturday.

Pope Francis opened the first leg of his Middle East trip on Saturday by calling for an end to the civil war in Syria and for more religious tolerance across the world.

"Religious freedom is in fact a fundamental human right and I cannot fail to express my hope that it will be upheld throughout the Middle East and the entire world," Francis said.

"Francis' plane touched down at Amman's Queen Alia International Airport, where he was met by an honor guard, Catholic leaders and Prince Ghazi bin Mohammed, the king's chief adviser for religious and cultural affairs. He immediately headed to the king's palace in a simple, four-door sedan, a group of motorcycles riding alongside him. Small groups of people waving Jordanian and Vatican flags cheered him as he passed.

"At the palace, Francis met with Abdullah, Queen Rania and their children. In his palace speech, Francis said Jordan's "generous welcome" to Syrian refugees warranted international appreciation and support."

Of course, the big days for Francis are upcoming. He's expected to visit a refugee camp in the West Bank on Sunday and then he will head to Jerusalem on Monday. He'll pray at the Western Wall and visit the Holocaust memorial at Yad Vashem.

As our friend Greg Myre over at Parallels explains, Francis becomes only the fourth pope to visit the Holy Land. This is a rather modern tradition, started by Paul VI in 1964. That trip was followed by Pope John Paul II in 2000 and Pope Benedict in 2009.

The BBC's Jeremy Bowen says Francis is saying this trip is about religion, "officially marking the fiftieth anniversary of a visit by Pope Paul VI 50 years ago."

But like most things in the Middle East, there is inevitably politics mixed in.