Accessibility links
Malaysia Releases Satellite Data From Missing Jetliner : The Two-Way Malaysia Airlines Flight 370 communicated with satellites as it flew across the Indian Ocean. Malaysia, however, is facing criticism for leaving out some information. 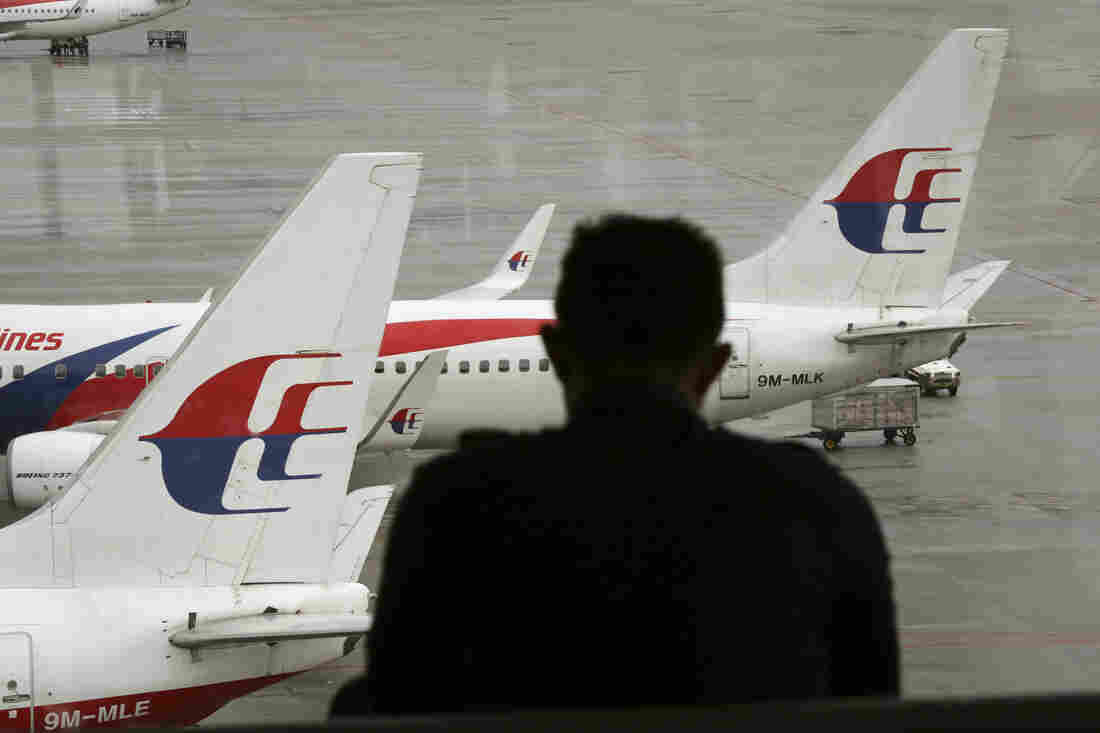 A visitor looks out from the viewing gallery as Malaysia Airlines aircraft sit on the tarmac at the Kuala Lumpur International Airport (KLIA) in Sepang, Malaysia, on May 27, 2014. Vincent Thian/AP hide caption 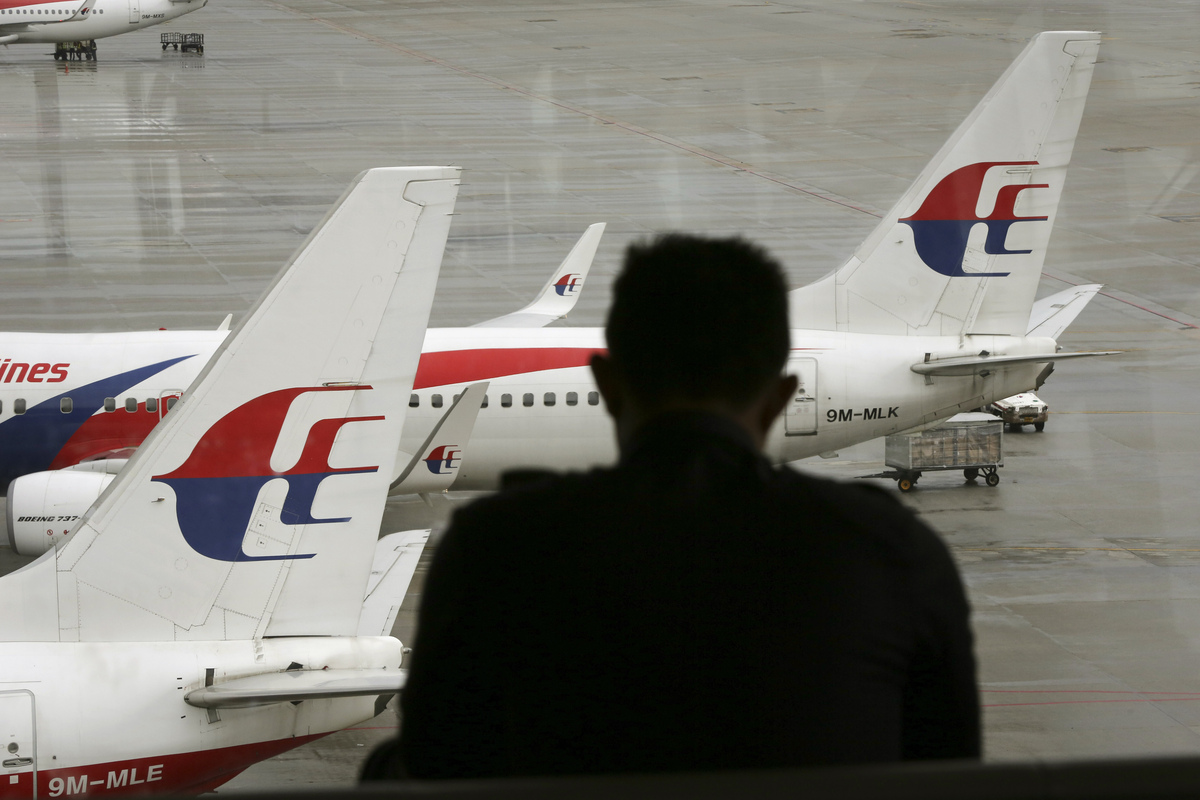 A visitor looks out from the viewing gallery as Malaysia Airlines aircraft sit on the tarmac at the Kuala Lumpur International Airport (KLIA) in Sepang, Malaysia, on May 27, 2014.

Family members of the passengers on the plane have been asking for the information to be released.

According to The New York Times' reading of the data, it suggests that the missing plane ran out of fuel and crashed into the Indian Ocean.

"The final satellite transmission was an automated request from the aircraft for another so-called electronic handshake.

"'This is consistent with satellite communication equipment on the aircraft powering up following a power interruption,' the Australian Transport Safety Bureau said in a separate statement. 'The interruption in electrical supply may have been caused by fuel exhaustion.'"

CNN reports, however, that this release has not satisfied critics, who say the Malaysian government left out some key data that would help outside experts double check the work of the government and of the satellite company.

"CNN Safety Analyst David Soucie said certain key elements, which would allow independent experts to fully test the official conclusion, are missing from the data in the document.

"'There's not enough information to say whether they made an error,' he said. 'I think we're still going to be looking for more.'

"Inmarsat CEO Rupert Pearce acknowledged Tuesday that the company didn't release the model to which it applied the data to estimate the plane's path — and said the decision on whether to release the model lies with the Malaysian government, which is leading the search."

Pearce told CNN they would be happy to make the model public.