Accessibility links
Obama Plans To Leave Residual Force Of 9,800 In Afghanistan : The Two-Way The number is in line with what military officials had asked for. The United States will end America's longest-running war in 2014 and expects most of the residual force out of the country by 2016.

Obama Plans To Leave Residual Force Of 9,800 In Afghanistan

Obama Plans To Leave Residual Force Of 9,800 In Afghanistan 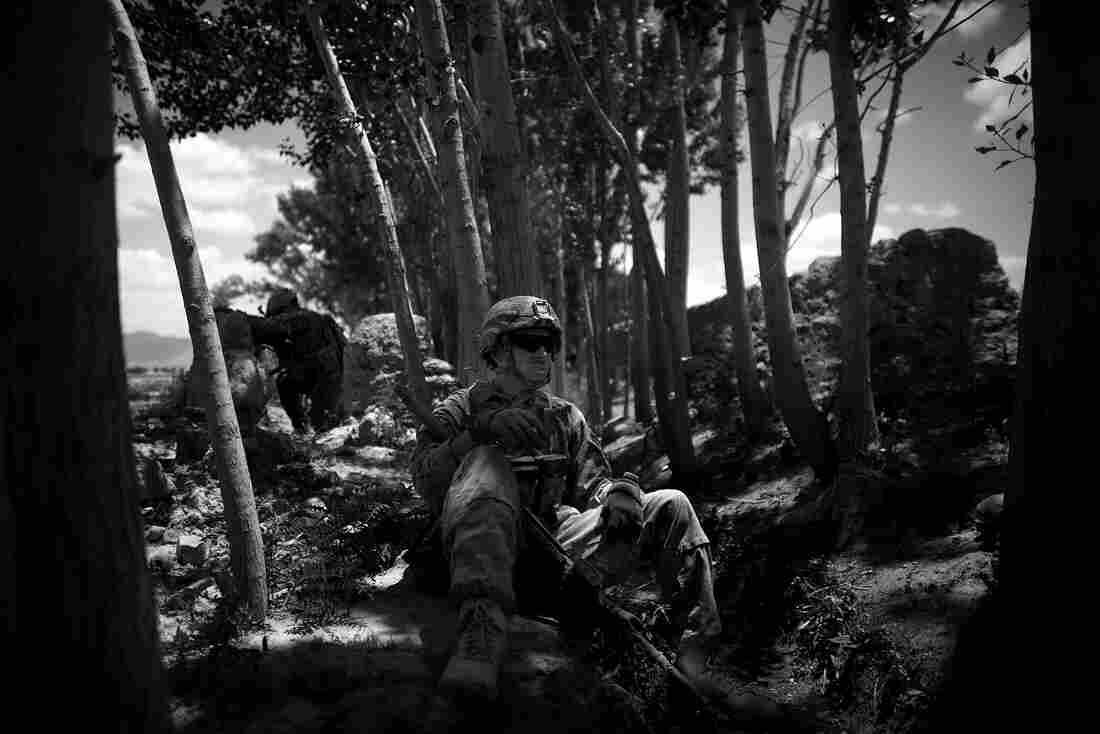 Sgt. Kyle Gonzales, a sniper with the 82nd Airborne, has a cigarette after a gun battle near the village of Babaker, Giro district, Ghazni province. The soldiers have engaged in gun battles every time they push into the hamlets north of their forward operating base. David Gilkey/NPR hide caption 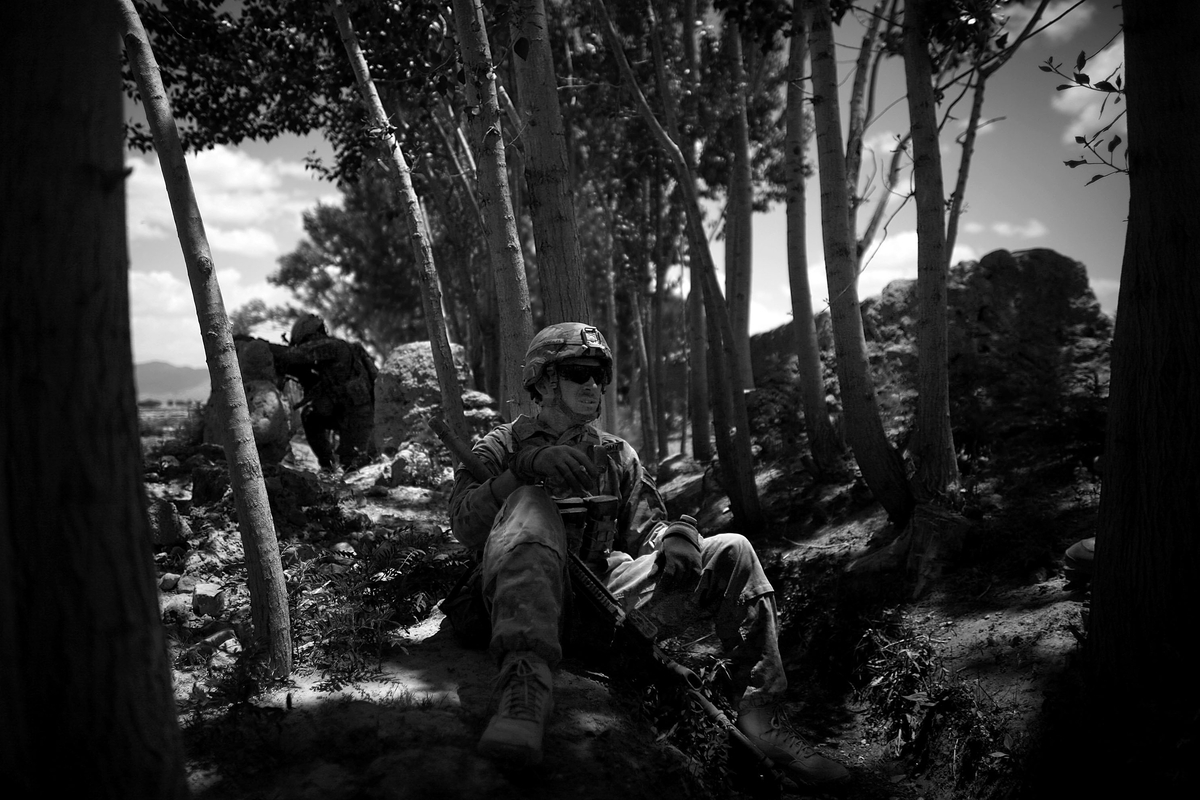 Sgt. Kyle Gonzales, a sniper with the 82nd Airborne, has a cigarette after a gun battle near the village of Babaker, Giro district, Ghazni province. The soldiers have engaged in gun battles every time they push into the hamlets north of their forward operating base.

President Obama announced on Tuesday a plan to leave a residual force of 9,800 service members in Afghanistan beyond 2014. By 2016, most troops will be out of the country.

"It's time to turn the page on more than a decade in which so much of our foreign policy was focused on... wars in Afghanistan and Iraq," Obama said in the White House Rose Garden.

Obama said that combat will end in America's longest-running war by the end of this year. He said after that, the American mission will be focused on two narrow objectives: training Afghan forces and supporting operations against the remnants of al-Qaida.

All of this, Obama said, will only be possible if the Afghan government signs a bilateral security agreement.

That agreement has been elusive for the United States, because Afghan President Hamid Karzai has reneged several times. Just this February, Obama had asked the Pentagon to draw up plans to have all U.S. forces out of Afghanistan by the end of the year.

During a speech at Bagram Airfield in Afghanistan over the weekend, Obama said he was hopeful a new president in Afghanistan would lead to a signed security agreement.

"With that bilateral security agreement, assuming it is signed, we can plan for a limited military presence in Afghanistan beyond 2014," Obama told the troops. "Because after all the sacrifices we've made, we want to preserve the gains that you have helped to win. And we're going to make sure that Afghanistan can never again, ever, be used again to launch an attack against our country."

That number of residual forces — 9,800 — is more in line with what military officials had asked for. Back in January, Vice President Joe Biden was advocating for a smaller force in the range of 2,000 to 3,000 troops. The Wall Street Journal reported that Defense Secretary Chuck Hagel supported military recommendations of a residual force of more than 9,000.

By the end of 2015, that number would be reduced by half, consolidating U.S. troops in Kabul and on Bagram Airfield. By the end of 2016, the only service members left in Afghanistan will serve as a security assistance force for the U.S. Embassy in Kabul.

Obama said that this is the way modern wars come to an end.

"Afghanistan will not be a perfect place," Obama said. "And it is not America's responsibility to make it one."

They wrote in part:

"The President's decision to set an arbitrary date for the full withdrawal of U.S. troops in Afghanistan is a monumental mistake and a triumph of politics over strategy. This is a short-sighted decision that will make it harder to end the war in Afghanistan responsibly.

"The President came into office wanting to end the wars he inherited. But wars do not end just because politicians say so. The President appears to have learned nothing from the damage done by his previous withdrawal announcements in Afghanistan and his disastrous decision to withdraw all U.S. forces from Iraq. Today's announcement will embolden our enemies and discourage our partners in Afghanistan and the region. And regardless of anything the President says tomorrow at West Point, his decision on Afghanistan will fuel the growing perception worldwide that America is unreliable, distracted, and unwilling to lead."