Accessibility links
Rampage Victim's Father: Inaction Of 'Gutless' Politicians Killed His Son : The Two-Way After his son was killed, Richard Martinez made national news with a stunning, emotional indictment of the NRA in front of cameras. Now, he's asking politicians to "do something." 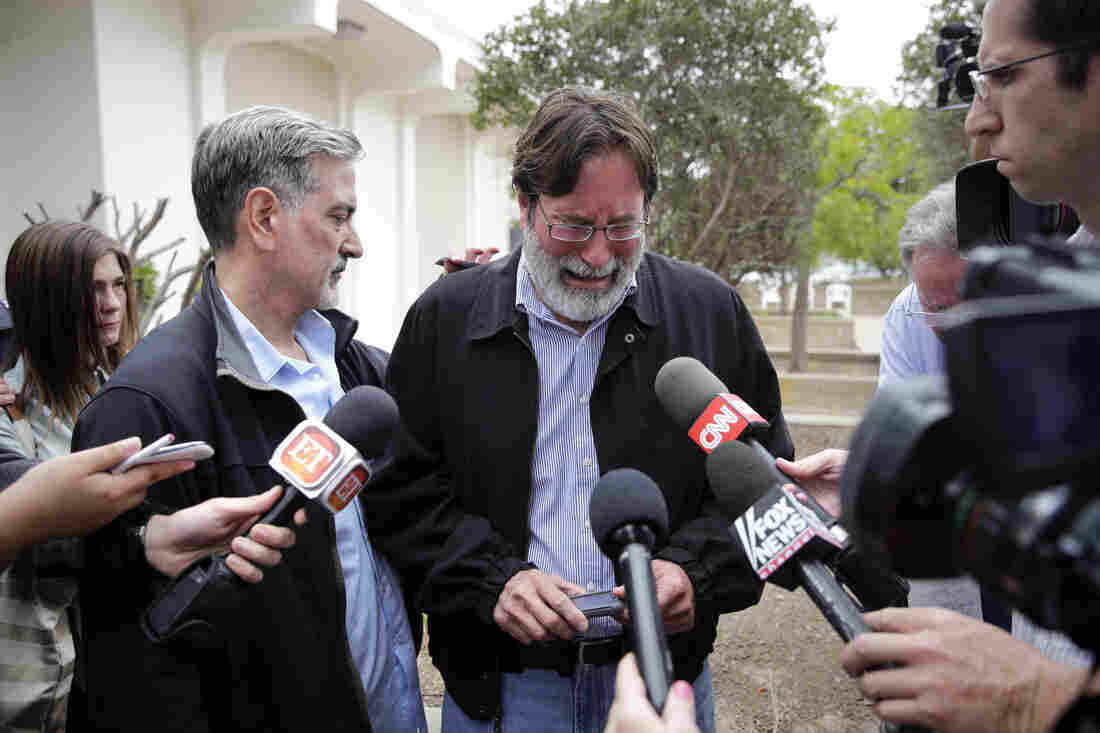 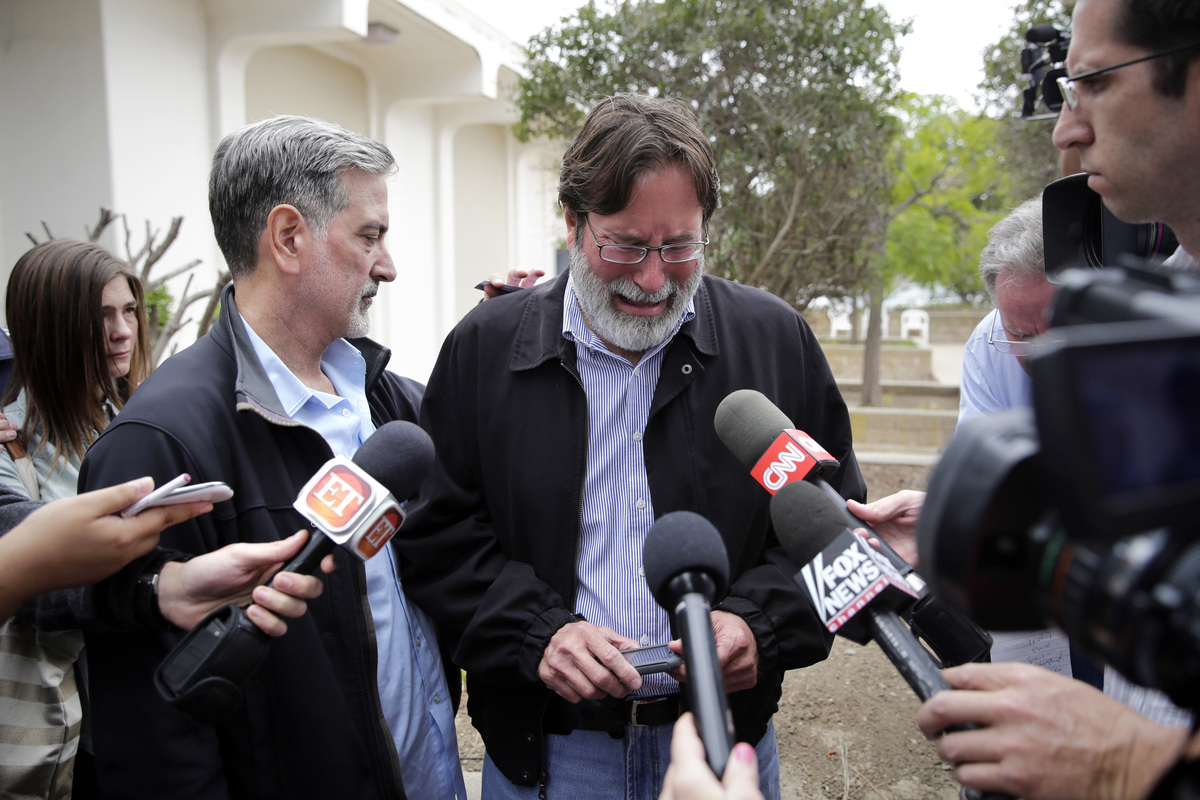 Richard Martinez (center), whose son Christopher was killed in Friday's attack, is comforted by his brother Alan.

After his son was killed during a deadly rampage in California over the weekend, Richard Martinez made national news.

He made his way to the front of the cameras after a sheriff office press conference on Saturday, and delivered a stunning and emotional indictment of the National Rifle Association.

"Why did Chris die?" he screamed. "Chris died because of craven, irresponsible politicians and the NRA. They talk about gun rights. What about Chris' right to live?"

During interviews in the intervening days, Martinez has talked about his son, Christopher Michaels-Martinez. With The Los Angeles Times, he talked about how his son loved to argue and how he was such a determined athlete that his team of four beat a team of eight in a junior high school game.

He told The Washington Post that he hoped to meet with Peter Rodger, father of alleged killer Elliot, to come up with a plan to keep this from happening again.

"I've been told that the shooter's father has said he wanted to devote his life to making sure that doesn't happen again. I share that with him," Martinez told the paper. "He's a father. I'm a father. He loved his son. I love my son. His son died. My son died."

He added that because he is a defense attorney, he's trained to fight, not retreat as most parents do after a tragedy like this.

In front of the CNN cameras, Martinez became emotional again and angrily attacked the Washington establishment for failing to pass gun control laws.

"Where is the leadership?" he said. "Where is the freaking politicians that will stand up and say, 'We need to do this. We're going to do something.' Those gutless bastards have done nothing, and my son died because of it. It's outrageous. Absolutely outrageous."

Something, he said, should have been done after the massacre at Sandy Hook Elementary school. Those parents, he said, lost little kids.

"It's bad enough that I lost my 20-year-old. ... But those people lost their children at 6 and 7 years old. How do you think they feel, and who's talking to them now? Who's doing anything for them now?"

The NRA, by the way, has not issued a statement about Martinez.