Accessibility links
America's Strength Extends Beyond Its Military, Obama Says : The Two-Way "We don't face an existential crisis," the president told NPR in an exclusive interview. He said the U.S. is blessed with a growing economy and no prospect of war with another nation-state. 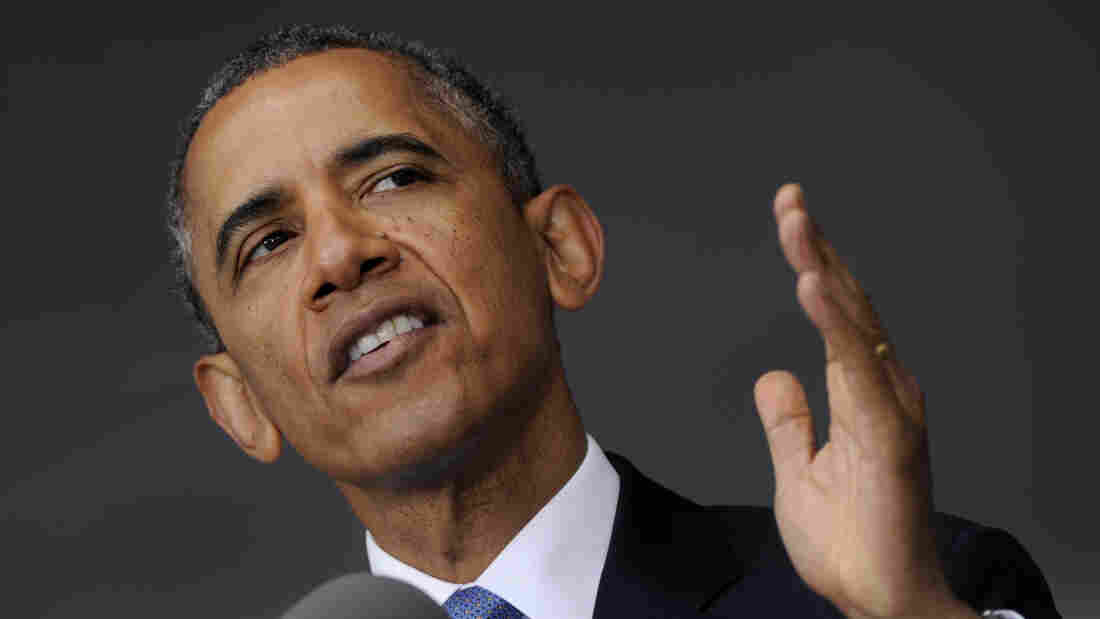 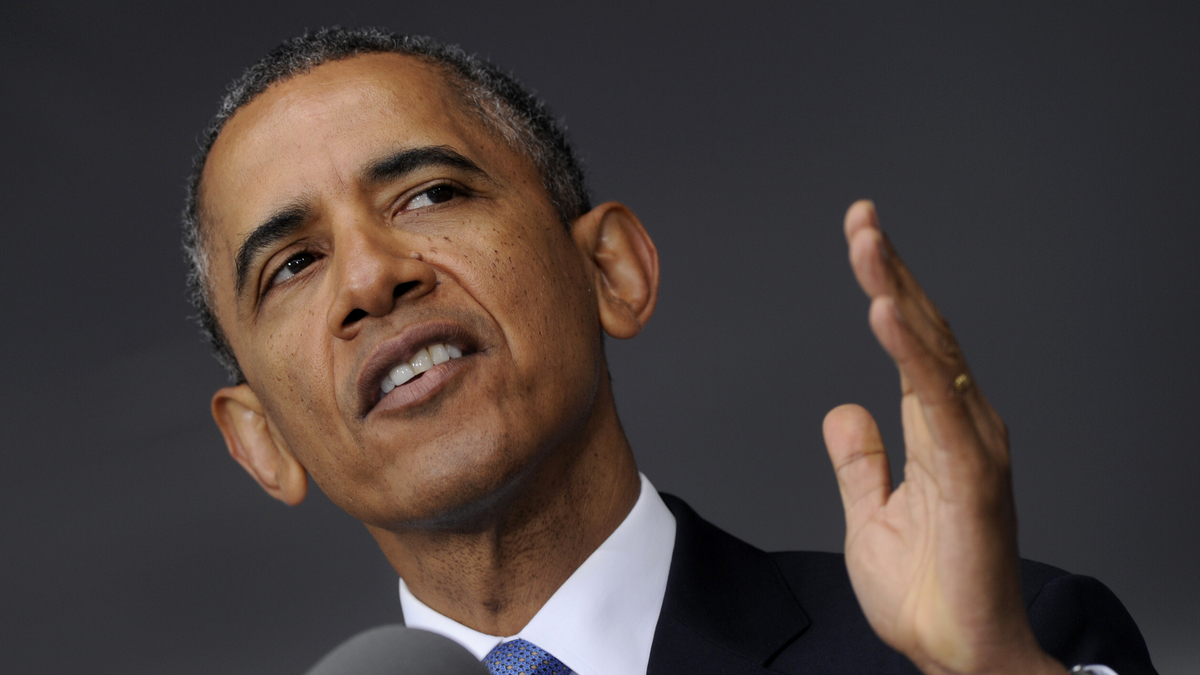 President Obama delivers the commencement address to the U.S. Military Academy at West Point's Class of 2014, in West Point, N.Y., on Wednesday.

American leadership in the 21st century will be defined in part by the nation's military strength, "but only in part," President Obama said in a wide-ranging interview with NPR about his foreign policy priorities.

Echoing themes he expressed during a speech Wednesday to West Point graduates, Obama emphasized the importance of international norms and alliances in addressing challenges such as Russia, China and Syria.

While acknowledging that the world order is "changing very rapidly," Obama said that the United States is blessed with a growing economy and no prospect of war with another nation-state.

The country should not feel that it has to make a false choice between isolationism and retreat on one hand, or taking on all the world's problems as its own on the other, he said. Instead, the U.S. will remain not just engaged but will play a leading role in upholding American interests and values.

Extending the baseball metaphor he used last month to describe his foreign policy approach — which he referred to as a steady hitting of singles and doubles, with the occasional home run — Obama told NPR's Steve Inskeep, "Every once in a while, a pitch is going to come right over home plate that you can knock out for a home run, but you don't swing at every pitch."

Asked by Inskeep if his place in history could be summarized in a single sentence, as might be possible for predecessors such as Ronald Reagan or Abraham Lincoln, Obama said the country today is "fortunate in many ways.

Obama said Americans can't be naive about the threats the country faces, but he maintained that the dangers posed by Russian President Vladimir Putin's decision to annex Crimea should not be exaggerated.

On the contrary, Obama argued that the U.S. had rallied international opinion and helped back Putin off the Ukrainian border.

"It's a mistake to think that somehow Mr. Putin reflected strength in this situation," Obama told Inskeep. "He was operating from a position of weakness. He felt as if he was being further and further surrounded by NATO members, folks who are looking west economically [and] from a security perspective."

Similarly, Obama expressed optimism that territorial conflicts between China and neighbors such as Japan and Vietnam can be resolved by following "basic international rules of the road."

Those rules — including vibrant trade and freedom of navigation — have aided China's rise, so that country has an interesting in upholding them, the president said.

America has no interest in impeding China's success, he suggested.

"China's going to be a dominant power in Asia — not the only one, but by virtue of its size and its wealth, it is going to be a great power nation," Obama said. "At some level, they're going to be a big dog in that neighborhood and we welcome China's peaceful rise."

White House officials have expressed a renewed interest in aiding "moderate" opponents of Syrian President Bashar Assad's regime. In his West Point address, Obama called on Congress to create a $5 billion counterterrorism fund that would, in part, deal with the military and humanitarian problems in Syria.

Ordinary Syrians — "farmers or dentists," Obama said — have an interest in ending human rights violations in their country. Their fighting strength has not matched that of "jihadists" but their capacity is growing, he said.

While the U.S. will work with them and other countries in the region, he warned that there will be limits to any American intervention.

Obama also expressed hopes that he would still be able to keep his long-ago campaign promise to shut the prison base at Guantanamo.

That is an especially important goal now, he said, as the nation's combat role winds down in Afghanistan — the conflict that gave rise to use of Guantanamo as a holding place for so-called enemy combatants.

"What I know is that we cannot in good conscience maintain a system of indefinite detention in which individuals who have not been tried and convicted are held permanently in this legal limbo outside this country," Obama said.

When Inskeep asked him whether he felt constrained in making foreign policy choices by the limited amount of time he'll command power, Obama said he was aware of the clock from his first day in the Oval Office.

"You don't walk into the presidency and completely remake the world and ignore history and ignore the problems that are already sitting there in the inbox," Obama said.

Having said that, Obama said he hopes to settle many items on his agenda — not just Guantanamo but the legal frameworks governing national security surveillance, the use of drone strikes and methods of combating terrorism in general — so that his successor will start off with a relatively clean slate.

"I'm confident that by the time I'm leaving the presidency," Obama said, "the next president will still have some tough choices to make, but I think they'll have a basis for making them that is consistent with our best traditions."

Portions of this interview will air Thursday on Morning Edition.