Accessibility links
Search For Flight MH370 Black Boxes Ends; 'Pings' In Dispute : The Two-Way Search and salvage teams will assess where they should look next for the jet's remains after an Australian agency said the search area "can now be discounted as the final resting place of MH370." 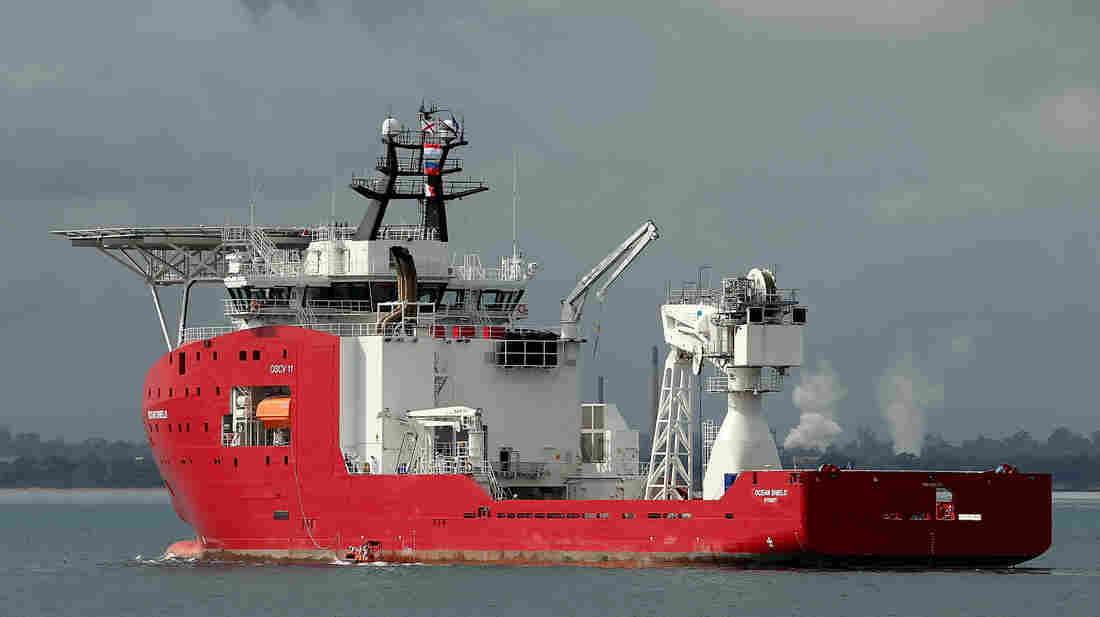 The Australian ship Ocean Shield, seen here earlier this month, has been ordered back to its dock, after a search for the black boxes of a missing Malaysian airliner ended without finding anything. Paul Kane/Getty Images hide caption 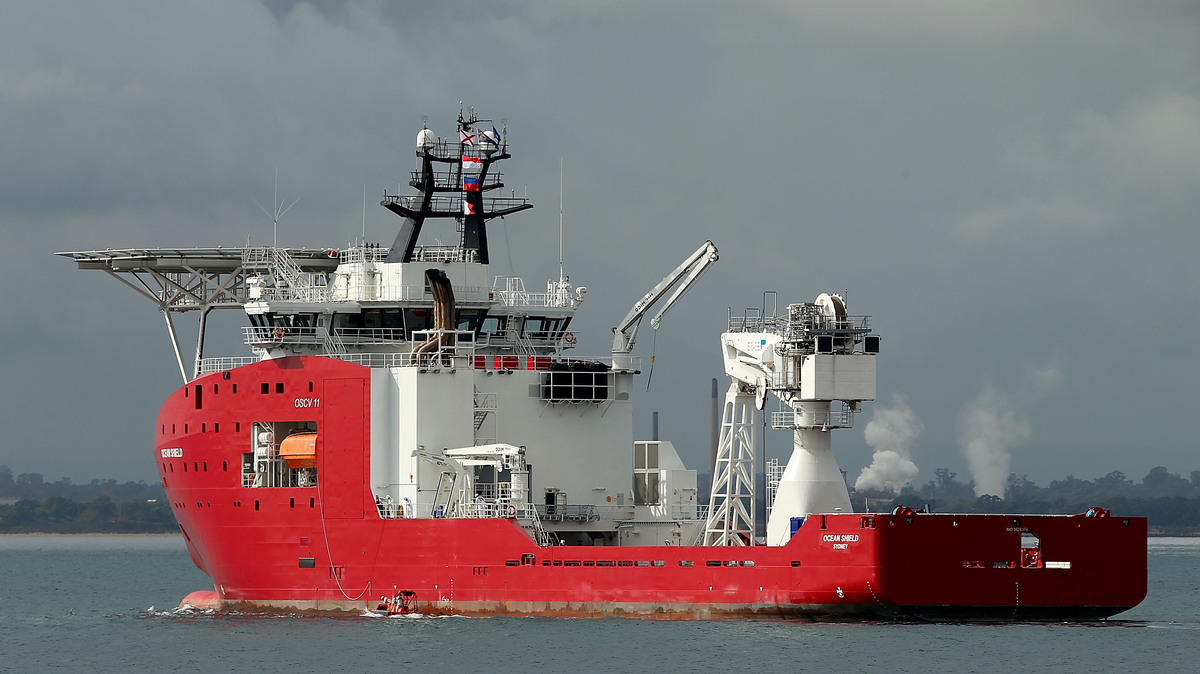 The Australian ship Ocean Shield, seen here earlier this month, has been ordered back to its dock, after a search for the black boxes of a missing Malaysian airliner ended without finding anything.

The underwater search for black boxes from a missing Malaysian Airlines jet has ended, as the robotic sub that searched nearly 330 square miles of the ocean hasn't found anything to back the idea that "pings" detected in that area came from emergency equipment.

Search and salvage teams will now assess where they should look next for the jet's remains, after Australia's Joint Agency Coordination Center said that "no signs of aircraft debris have been found" by the American Bluefin-21 robotic sub.

When the pings were first detected, the news set off hopes that the mystery of the jet's final resting place might soon be solved. But a senior U.S. Navy official told CNN Wednesday that the signals might not be from the missing plane at all.

The U.S. Navy says the comments to CNN from its civilian deputy director of ocean engineering, Michael Dean, who said the pings could have come from the search ships themselves, are "speculative and premature."

The AP quotes U.S. Navy spokesman Chris Johnson discussing Dean's words; he says the data from the pinger locator is still being worked on.

We've rewritten part of the top of this post to reduce confusion about the "pings."

"The search is far from over, however. Authorities are still moving ahead with plans to broaden the search over tens of thousands of square miles of ocean using high-powered sonar. That's expected to take as long as a year."

"We know that the aircraft entered the water in a long but narrow arc of the southern Indian Ocean," the coordinating agency said, according to Australia's ABC news. "The focus of the ATSB's (Australian Transport Safety Bureau) work now is to narrow the search area of this arc."

The agency said the ATSB "has advised that the search in the vicinity of the acoustic detections can now be considered complete, and in its professional judgment, the area can now be discounted as the final resting place of MH370."

The news comes days after officials finally released satellite data that include communications with the missing airliner — a move that family members of the passengers had been seeking for weeks.

The Boeing 777 airliner went missing more than 11 weeks ago, with 239 people on board.