Accessibility links
Teenage Sisters Allegedly Gang-Raped, Murdered In India : The Two-Way The bodies of the girls were found hanging from a mango tree. Authorities have arrested seven men, including two police constables, in connection with the assault. 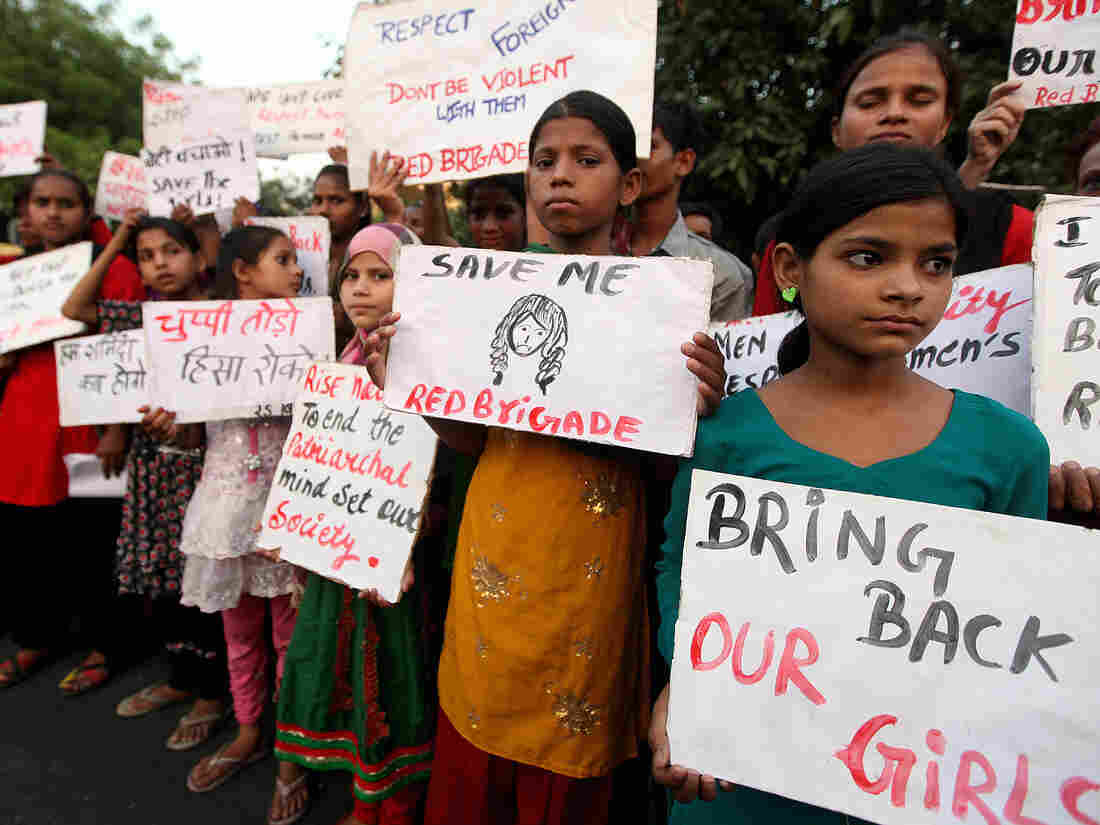 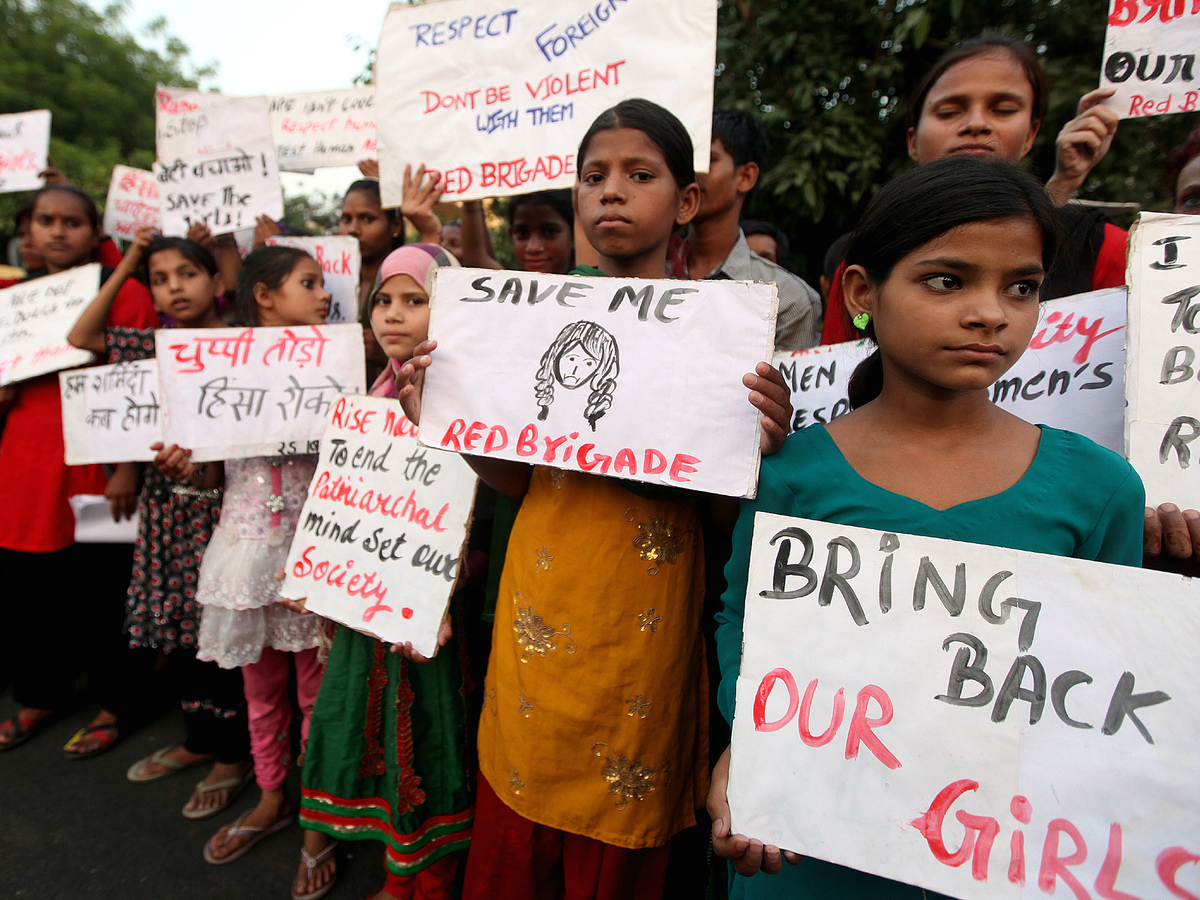 Young girls hold banners during a demonstration Thursday in Lucknow, India, after police arrested several men for allegedly raping and murdering two teenage sisters and then hanging their bodies from a tree.

NPR's Julie McCarthy reports today on another alleged gang rape and murder in India — this one involving two teenage sisters from the lowest Hindu caste whose bodies were found hanging from a mango tree.

Julie says the two girls, ages 14 and 15, were killed in a village about 140 miles east of the capital New Delhi.

"They reportedly had gone to a field to relieve themselves but never returned," Julie says. "Like hundreds of millions of Indians, they lacked a bathroom at home."

The girls' family belong to the Dalit caste, formerly known as "untouchables," the lowest rung of India's ancient system of societal hierarchy.

The Press Trust of India says charges have been filed against seven people, including two police constables. Local media report that one of the policemen allegedly participated in the attack. The other is said to have refused to listen to relatives who reported the two girls missing.

The Associated Press says: "Hundreds of angry villagers stayed next to the tree throughout Wednesday, silently protesting the police response. Indian TV footage showed the villagers sitting under the girls' bodies as they swung in the wind, and preventing authorities from taking them down until the suspects were arrested."

Human Rights campaigners say Dalit women are frequently the target of attacks, and this incident is yet another in a series of violent rapes against Indian women in recent years that have united India in anger. Last year, four men were sentenced to death in the highest-profile of the cases — one involving a young woman on a bus who was gang raped and later died from injuries she sustained in the assault.