Accessibility links
SpaceX Unveils A Sleek New Ride To Orbit : The Two-Way The private space-launch company has taken its Dragon capsule design and taught it some cool new tricks. 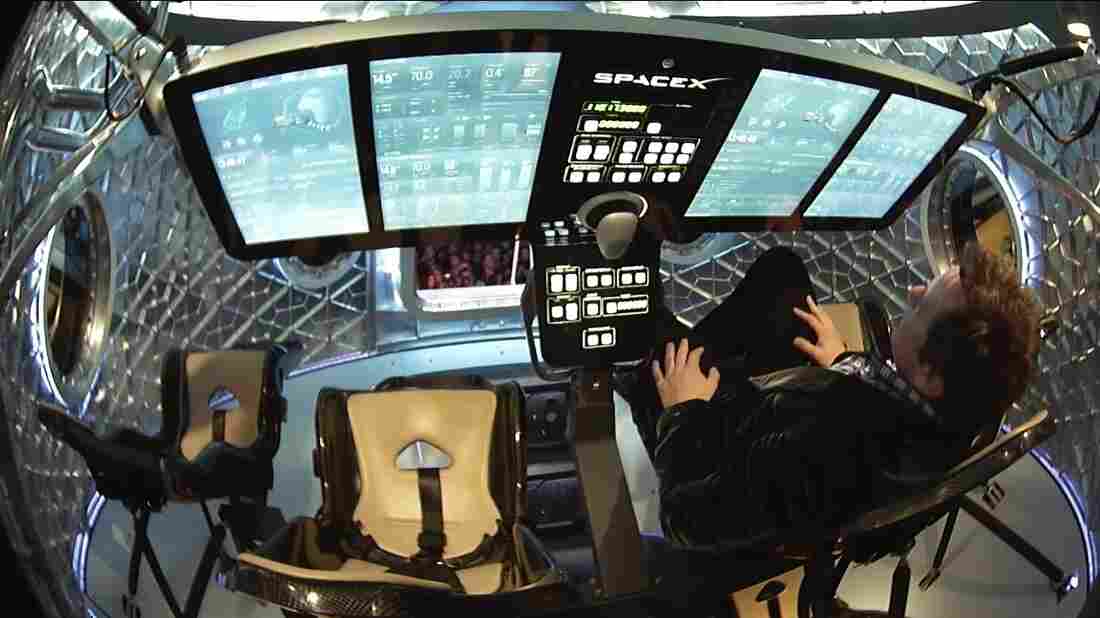 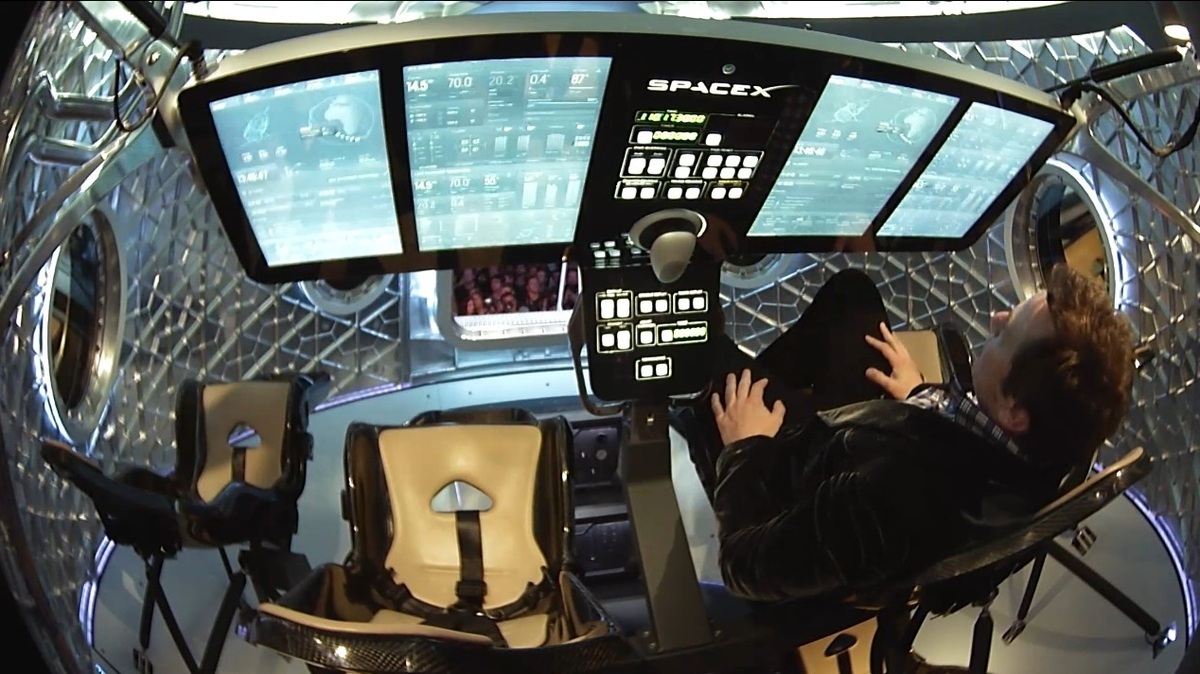 SpaceX founder Elon Musk briefly climbed inside the capsule to show off its flat panel cockpit.

Yesterday, entrepreneur Elon Musk sauntered on to stage and unveiled his latest product: not a smart phone, but a spaceship.

The Dragon V2, as it's called, looks like a giant shuttlecock with feet. It's set to be the first all-new U.S. spacecraft to take astronauts into orbit since the Space Shuttle took flight in 1981.

The new vehicle is a major upgrade to the Dragon capsule, which Musk's company SpaceX uses to carry cargo on resupply missions to the International Space Station. Dragon V2 is outfitted with the company's SuperDraco engines, which will allow it to slow its re-entry, hover and set down with pinpoint precision. 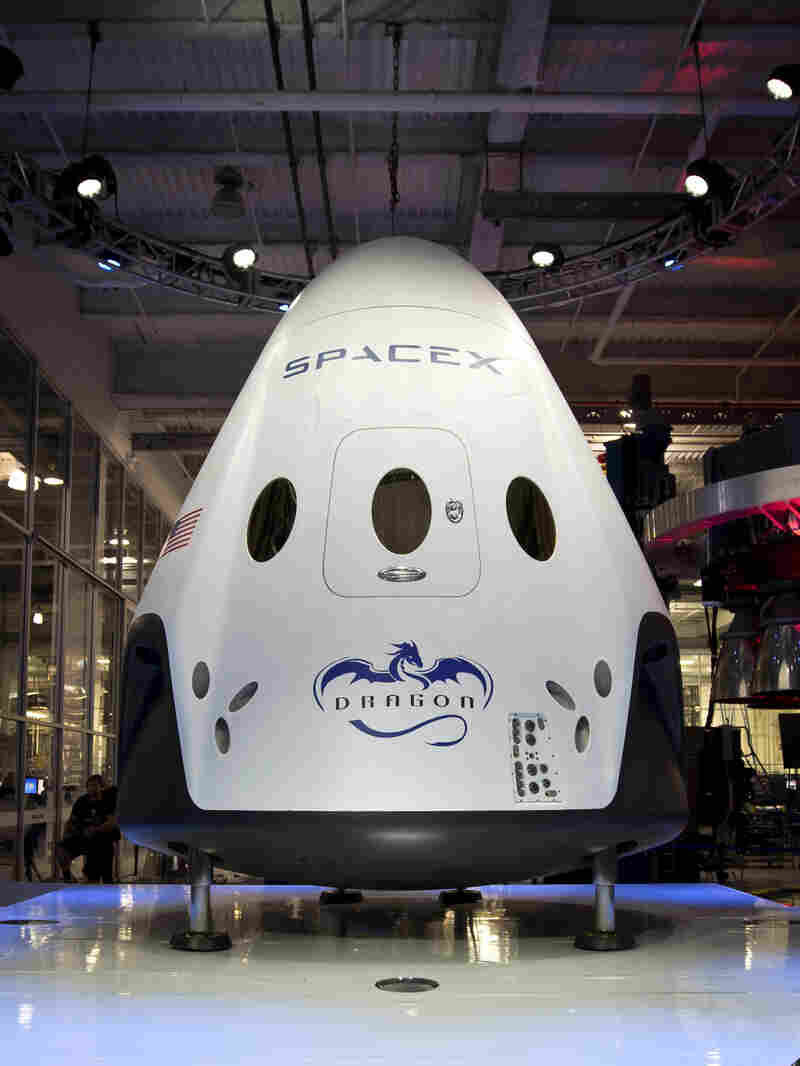 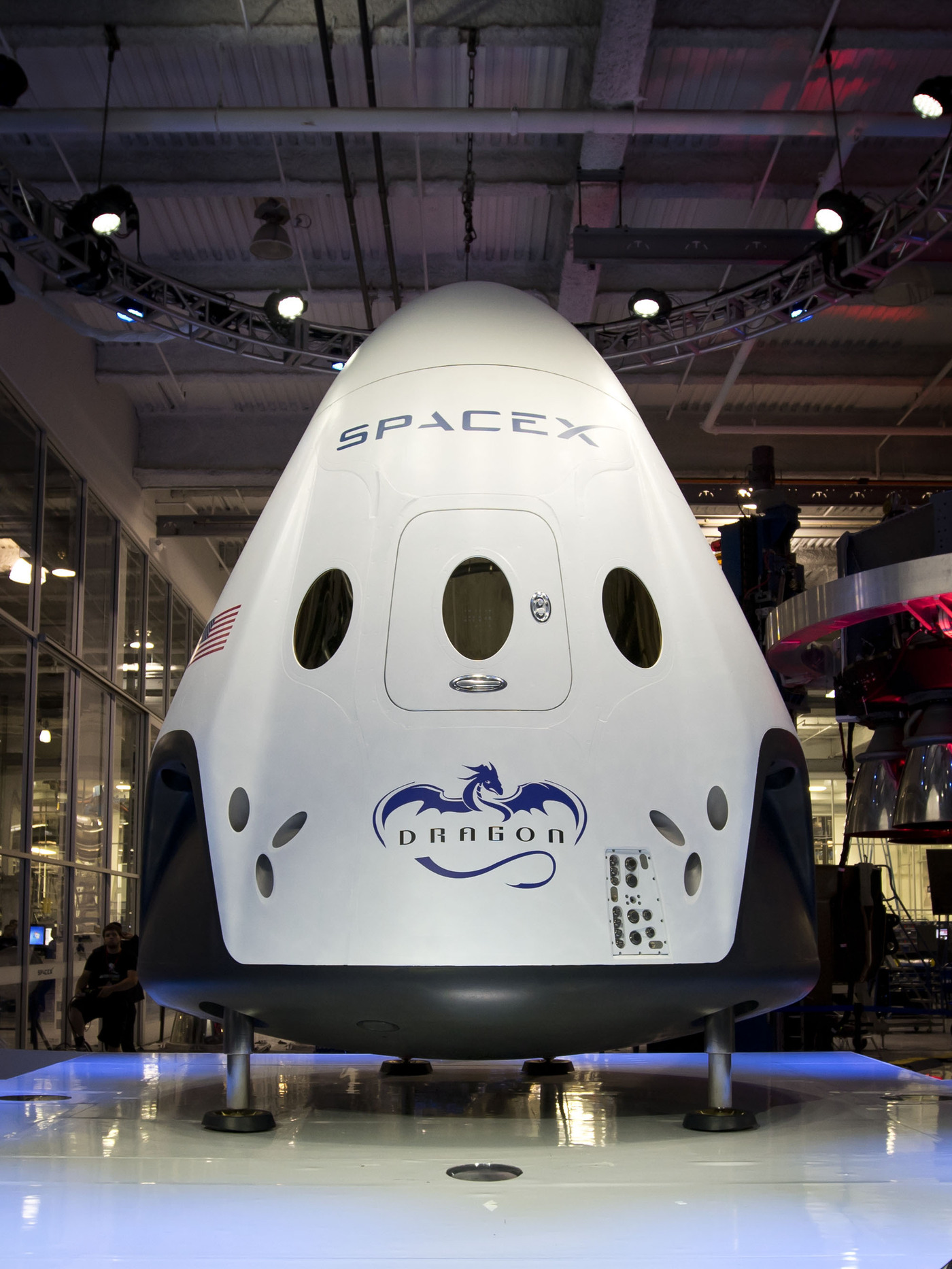 "That is how a 21st-century spaceship should land," Musk said to an enthusiastic crowd of reporters and SpaceX employees at the company's Hawthorne, California headquarters.

The new Dragon V2 can seat up to seven astronauts — though without room for much else. Musk squeezed inside briefly to show off flat-screen control panels and just a handful of analogue buttons that could be used to operate the craft's systems in the event of an emergency.

The flat-screen panels and sleek design make the capsule feel new, but in many ways it's a throwback to earlier days. Unlike the shuttle, which converted from spacecraft to glider as it re-entered the earth's atmosphere, the new Dragon will follow a ballistic trajectory. It will burn off its heat shield as it drops through the air, just like the Apollo spacecraft did almost 50 years ago (though the Dragon's heat shield is made of an advanced lightweight material).

However, the most important thing about the new capsule is its price. SpaceX says it will be able to ferry astronauts to and from the space station for as little as $20 million a seat. By contrast, NASA currently pays Russia $71 million for each astronaut tuchus it puts in the vintage, Soviet-era Soyuz spacecraft.

SpaceX hopes the Dragon V2 could carry its first astronauts in 2-3 years. Flight testing will begin towards the end of 2014.

The Dragon V2 can carry seven astronauts to the space station... and return them to earth with pinpoint precision.