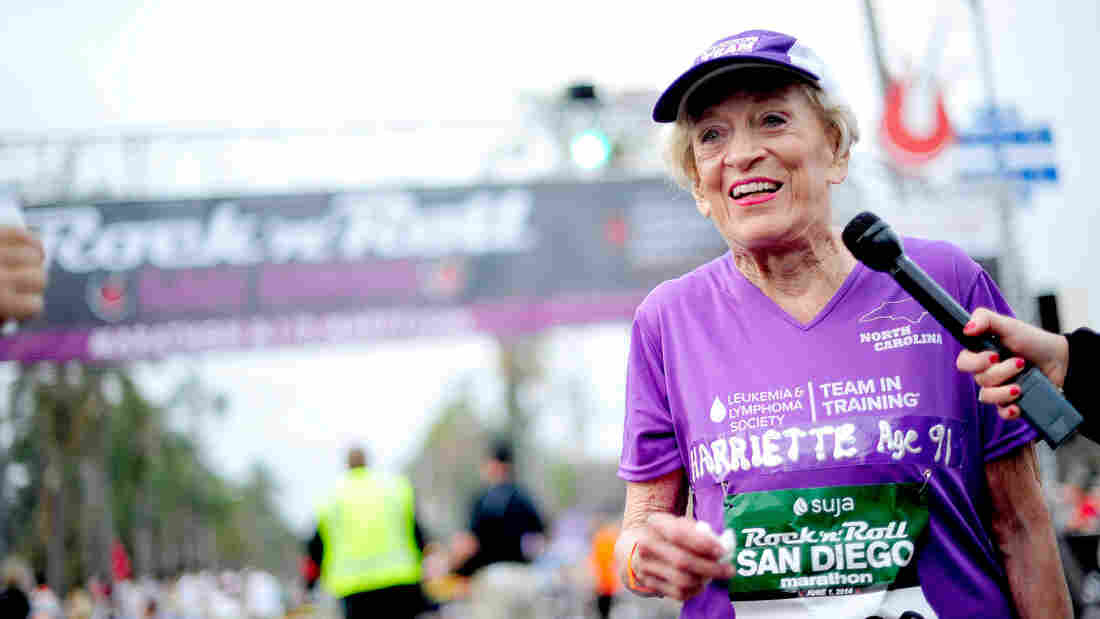 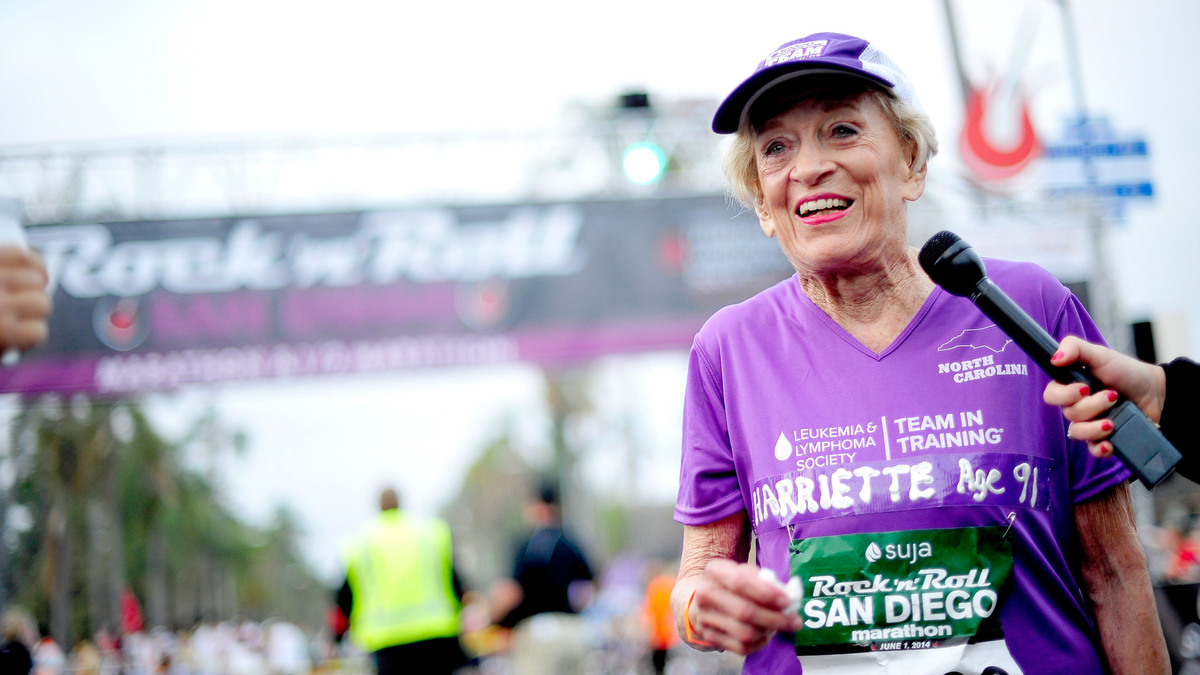 It took Harriette Thompson more than seven hours to run a marathon Sunday in San Diego. But that was awfully good, considering she's 91 and recovering from cancer.

In fact, she beat the previous record for women 90 and up by two hours and 45 minutes. She also became the second-oldest woman to complete a marathon in U.S. history, according to the running site Competitor.com.

She told the Charlotte Observer before the race that the only time she feels her age is after running a marathon.

"Lots of times, I see young girls coming in and limping, hardly able to move," she said, "and I think, 'Well, that's pretty good that I don't feel that bad.' "

Thompson finished Sunday's race in 7 hours, 7 minutes and 42 seconds. It was her 15th marathon in 16 years. She started running the San Diego race at age 76, missing only last year's because of oral cancer.

Thompson has been battling skin cancer recently. She told reporters she had undergone nine radiation treatments in 11 days, the last one coming just a month before the race. She wore bandages and tights to cover wounds left by the treatment.

Thompson runs every year to raise money for the Leukemia & Lymphoma Society. Her brother died from lymphoma in February, Runner's World reports.

"Everybody in my family has died of cancer," Thompson told member station WFAE last week. "It's sort of in our genes."

Thompson is a onetime concert pianist. She says the discipline of playing has helped her running and that she sometimes keeps pace during a race by replaying pieces in her mind.

"I usually think of Chopin etudes, the ones that are technically difficult, because usually they're pretty fast, and it stimulates me to go a little faster, and also helps pass the time," she told WFAE.

Thompson runs, takes yoga and stretching classes and exercises on an elliptical machine. In her retirement community, according to the Observer, she's "one of very few residents who [move] at faster than a strolling pace."

She told reporters that if she's alive and able to compete, she'll run the San Diego marathon again next year.

"If I'm still here next year, I think I'll probably be able to train better and be in better shape," Thompson told the Observer. "If I'm able, I'll try again."

On Monday, she was heading back to Charlotte to spend her 67th wedding anniversary with her husband, Sydnor.