Accessibility links
Karachi Airport Attacked By Gunmen; At Least 23 Reported Dead : The Two-Way The military was called in but the fighting is now said to be over. Pakistan's largest city has been a frequent site of militant attacks. 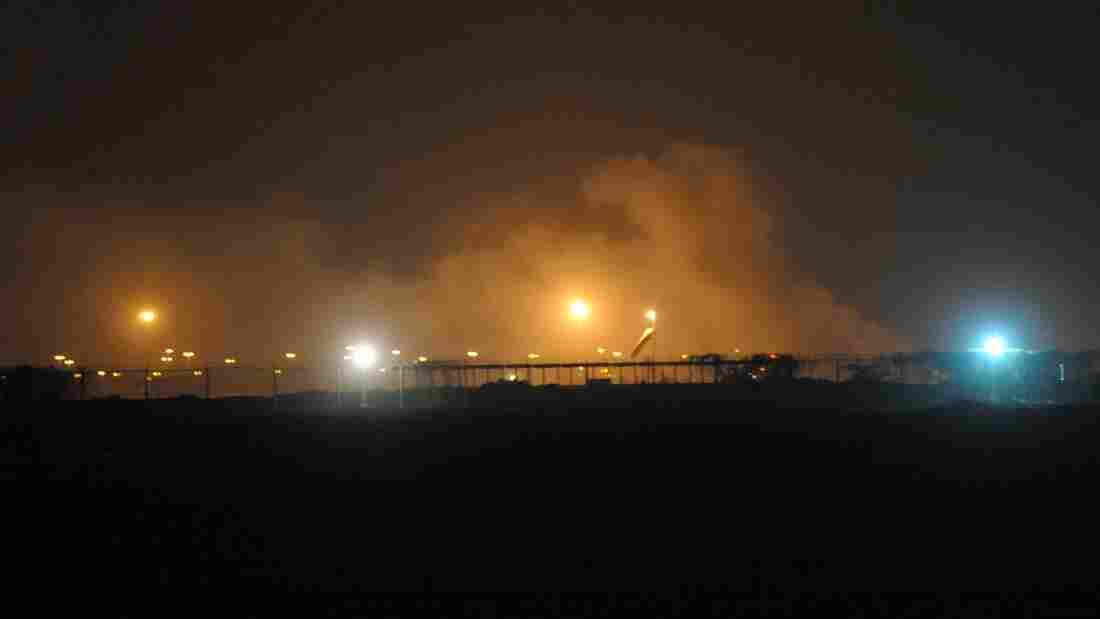 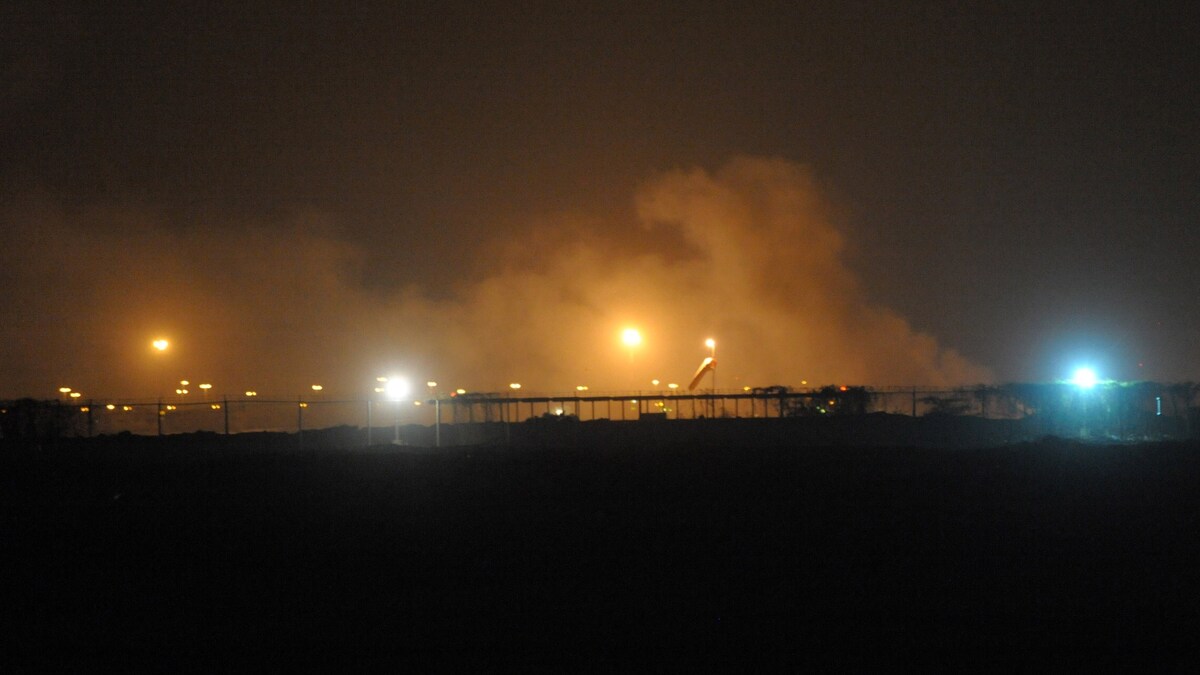 Smoke rises from the Karachi airport terminal after the militants' assault in Karachi on Sunday.

The reported death toll has been rising: The latest from Pakistan media is that at least 23 are dead, including airport guards and the 10 militants said to be behind the attack.

A spokesman for the Airport Security Force told The Associated Press that the military was called in, but after that the fighting is now over.

"Security forces sealed off the airport, and flights began being diverted away from Karachi within minutes of the fighting. Witnesses saw smoke rising from the airport's old terminal, and one Pakistani news channel showed footage of a fire burning close to a plane."

The AP notes that Karachi, Pakistan's largest city, "has been the site of frequent militant attacks in the past."

Note: This story is developing. We'll update with more details as they become available.

In a statement, the Pakistani Taliban claimed responsibility for the attack. "We carried out this attack on the Karachi airport and it is a message to the Pakistani government that we are still alive to react over the killings of innocent people in bomb attacks on their villages," TTP spokesman Shahidullah Shahid said.

"One witness told a Pakistani TV channel the attackers arrived in a vehicle. There were about eight young men, carrying weapons and backpacks; they got out and started firing, the witness said."