Accessibility links
Obama Signs Order Easing Student Loan Payments : The Two-Way The executive action will expand the number of students whose student loan payments will be capped at 10 percent of their monthly incomes. 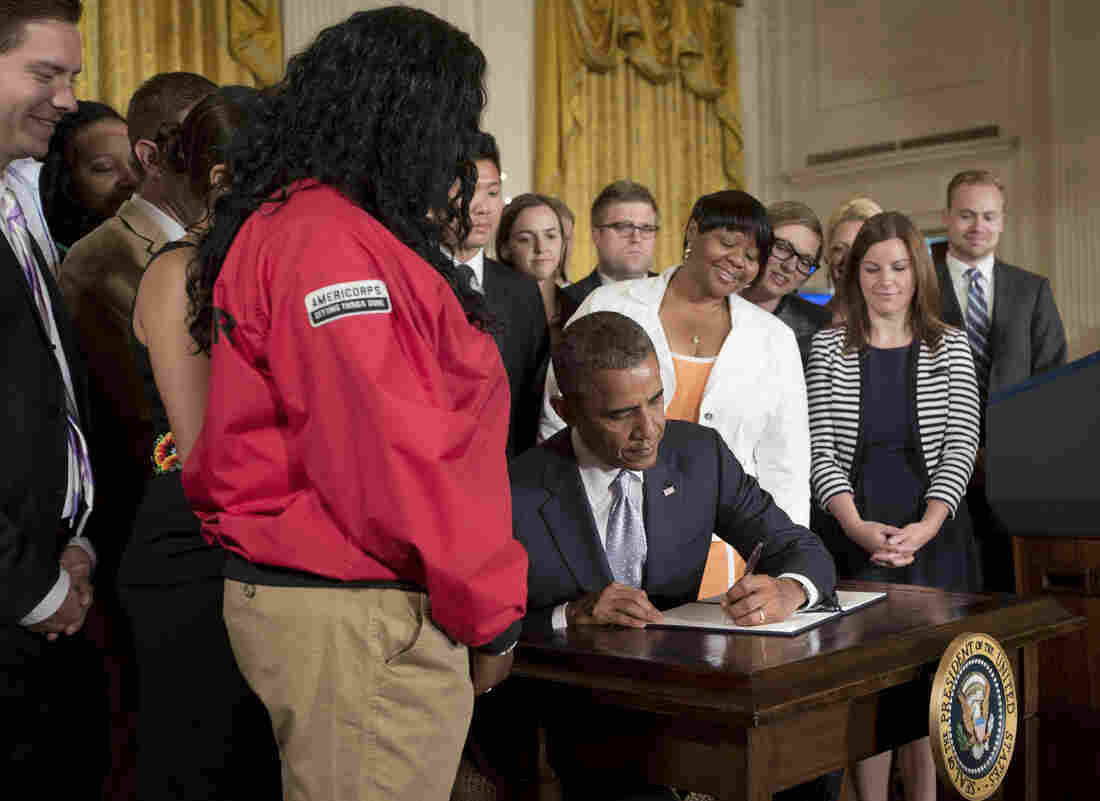 President Obama is introduced by Andy MacCracken, before signing a Presidential Memorandum on reducing the burden of student loan debt on Monday in East Room of the White House. Pablo Martinez Monsivais/AP hide caption 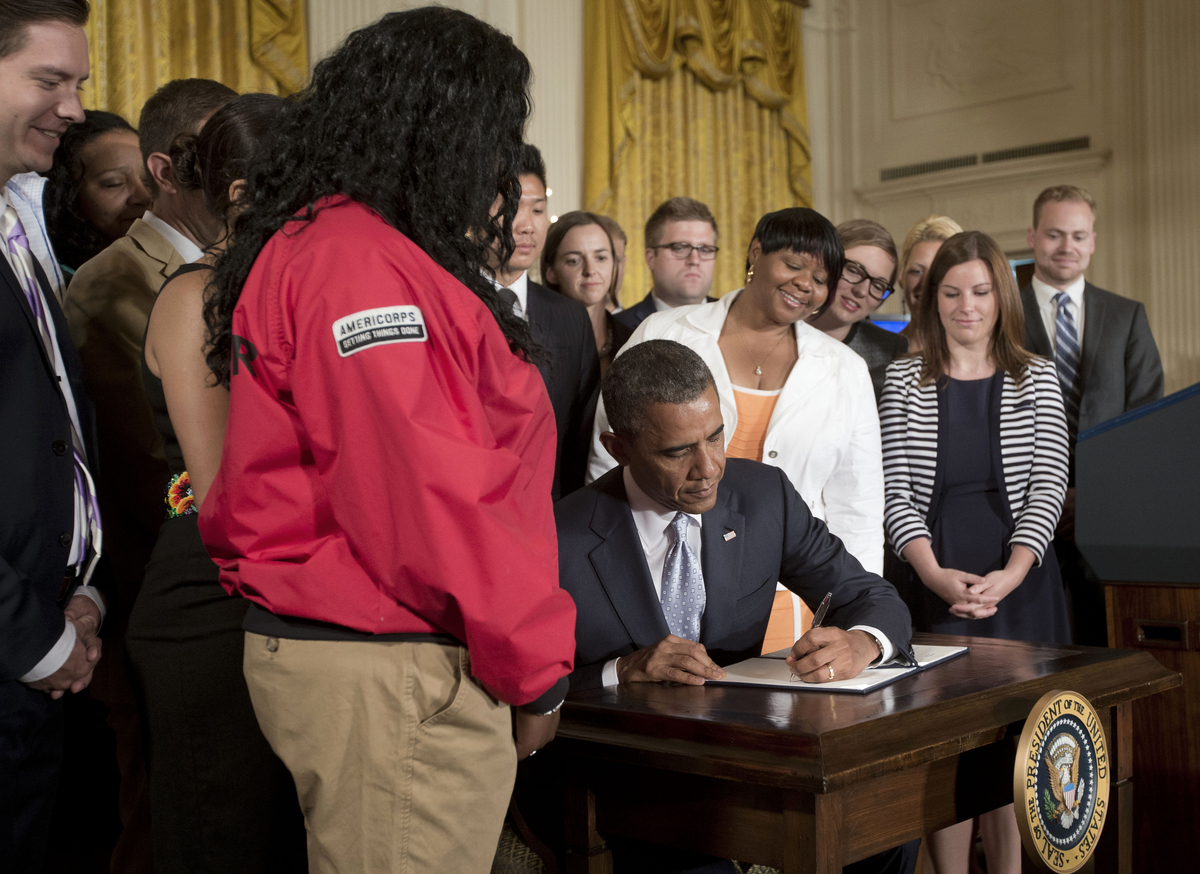 President Obama is introduced by Andy MacCracken, before signing a Presidential Memorandum on reducing the burden of student loan debt on Monday in East Room of the White House.

President Obama signed an order on Monday that expands the number of Americans whose student loan payments will be capped at 10 percent of their monthly incomes.

CNN reports the new order would allow an additional 5 million borrowers to take advantage of the cap beginning in December 2015.

"The action marks the latest effort by Obama's administration to advance policies by executive action after being stymied on Capitol Hill. With the help of several cabinet heads, the president has spent much of this year initiating modest changes in programs that may provide a boost to Democrats in advance of the midterm elections. ...

"The proposal aligns with a bill from Senate Democrats that would allow individuals to refinance their student loan debt at current rates. Democrats have argued that the $1.2 trillion worth of outstanding student-loan debt retards economic growth as young college graduates are forced to postpone home buying or other purchases."

The AP reports that Obama said the executive order goes about as far as he could take the issue, so he pivoted attention to the Senate bill.

Obama first announced his intention during his weekly address over the weekend.

"I've heard from too many young people who are frustrated that they've done everything they were supposed to do — and now they're paying the price," Obama said.

Obama also called on Congress to "do its part," but he said he also felt the need to move without them.

This executive action is an expansion of a 2010 law that tied student loan payments to income.