Accessibility links
Eric Cantor Defeated By Tea Party Candidate In Virginia Primary : The Two-Way The House majority leader's stunning loss to an economics professor at Randolph-Macon College will upend the GOP leadership in the chamber. 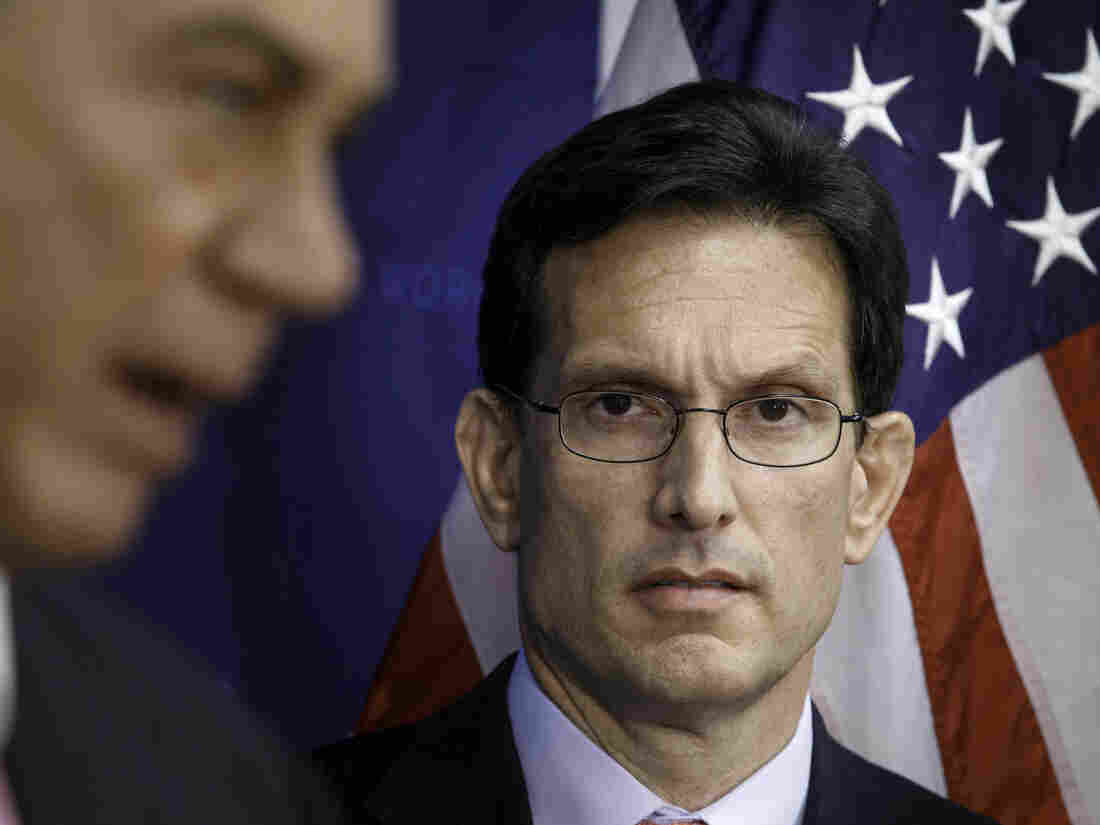 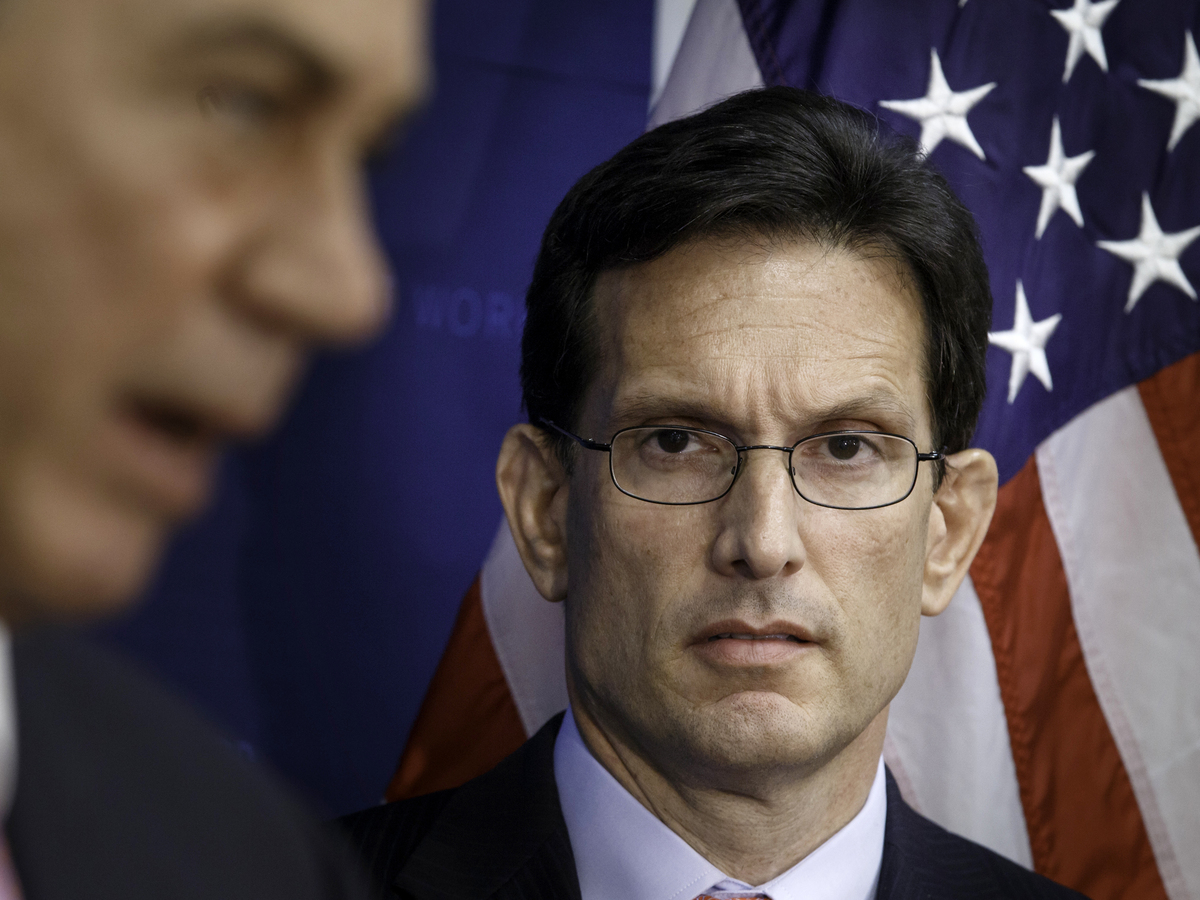 Brat, an economics professor at Randolph-Macon College in Ashland, Va., was leading Cantor by 55 percent to 44 percent of the vote.

"I know there's a lot of long faces here tonight, and it's disappointing, sure," Cantor said, speaking to supporters. "I believe in this country; I believe there's opportunity around the next corner for all of us." 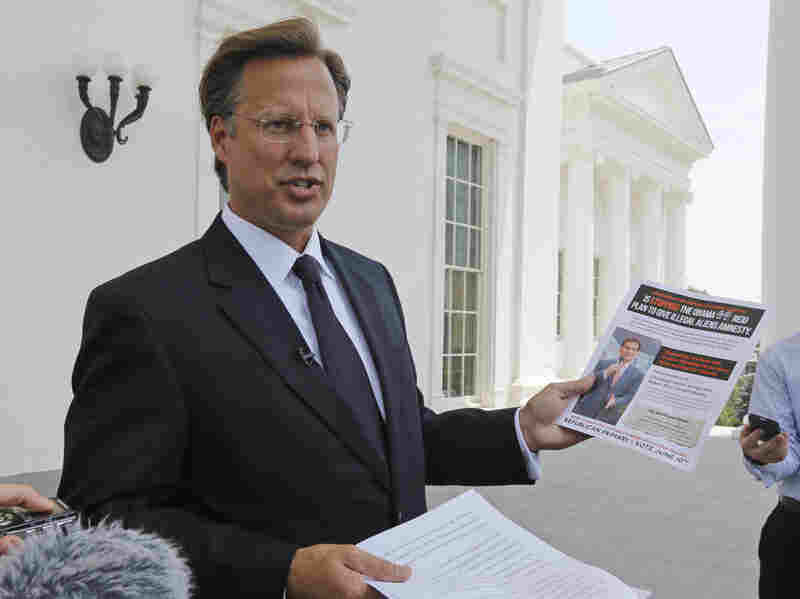 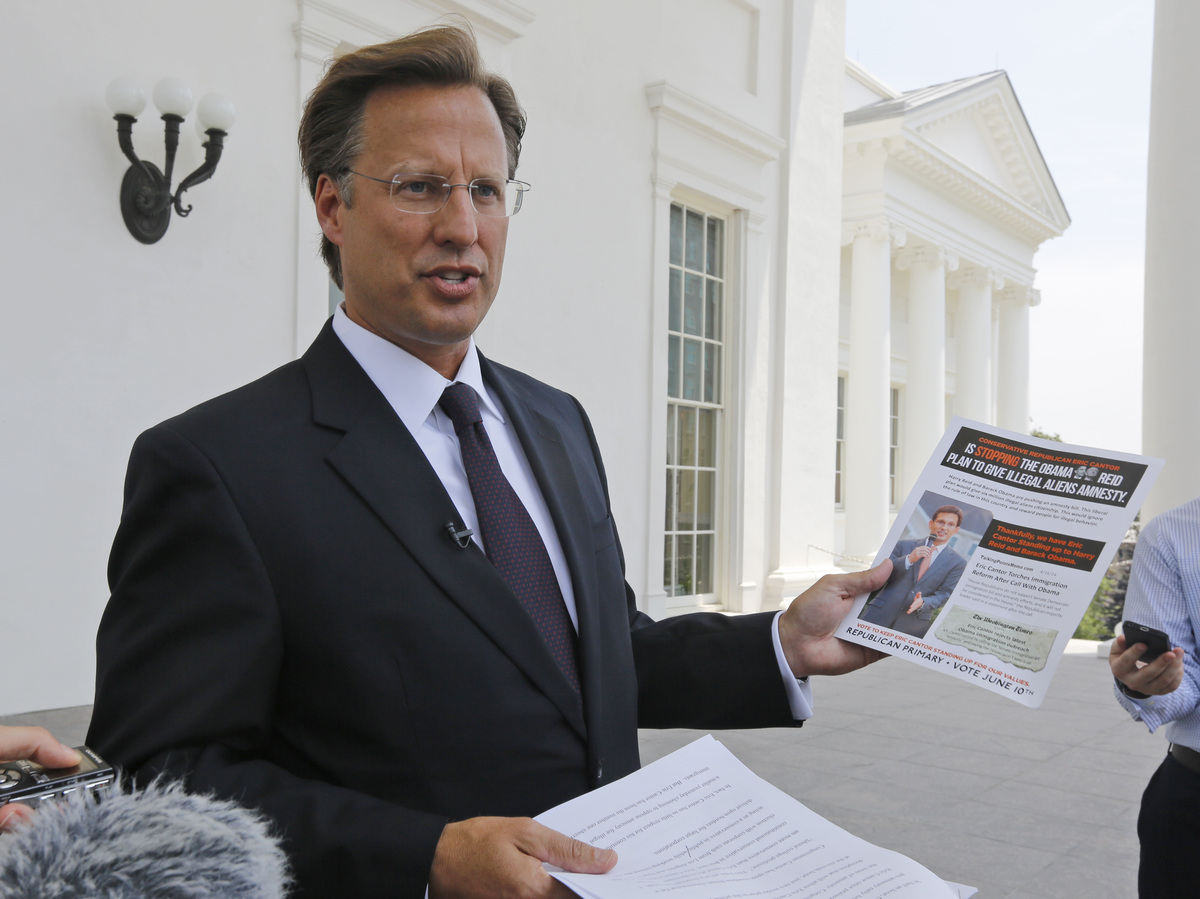 NPR's Ron Elving calls the defeat of Cantor, who was widely expected to eventually replace House Speaker John Boehner, "Truly stunning and all but unprecedented for a speaker-in-waiting."

Politico says that Brat tapped into "strong anti-incumbent fever that has taken over Cantor's Richmond-area district."

Although Cantor is a conservative and has been close to the Tea Party, "in the past two years they've been angered by his shift to support for some kind of immigration reform. Brat made that an issue, saying Cantor was no longer a real conservative," NPR's Don Gonyea says.

Even so, "Going into the elections, most Republicans had been watching for how broad Mr. Cantor's victory would be, with almost no one predicting that he would lose," The New York Times says.

The Washington Post, in an article earlier Tuesday, said Cantor was expected to prevail but acknowledged that Brat had "exposed discontent with Cantor in the solidly Republican, suburban Richmond 7th Congressional District by attacking the lawmaker on his votes to raise the debt ceiling and end the government shutdown, as well as his support for some immigration reforms."

Reuters says Cantor, the No. 2 in the House, heavily outspent his opponent, who managed to raise just over $200,000 for his campaign, according to his most recent campaign finance reports.

"[Cantor's] loss to Dave Brat, a political novice with little money, marks a huge victory for the Tea Party movement, which supported Cantor just a few years ago.

"Brat had been a thorn in Cantor's side on the campaign. ... Last month, a feisty crowd of Brat supporters booed Cantor in front of his family at a local party convention."

The Hill calls Cantor's defeat "perhaps the most significant jolt to the Republican establishment since the emergence of the Tea Party in 2009":

"While conservative activists have ousted veteran Republicans like Sens. Bob Bennett (Utah) and Richard Lugar (Ind.), a sitting majority leader has never been defeated in a primary election.

"As recently as Friday, Cantor and his team in Virginia projected confidence.

"Brat told The Hill he was 'peaking at exactly the right time.' "