Accessibility links
Bill To Allow Refinancing Of Student Loans Dies In Senate : The Two-Way The bill was shot down days after President Obama urged Congress to help ease the burden of student loan debt. It would have required a higher tax on the wealthy.

Bill To Allow Refinancing Of Student Loans Dies In Senate

Bill To Allow Refinancing Of Student Loans Dies In Senate 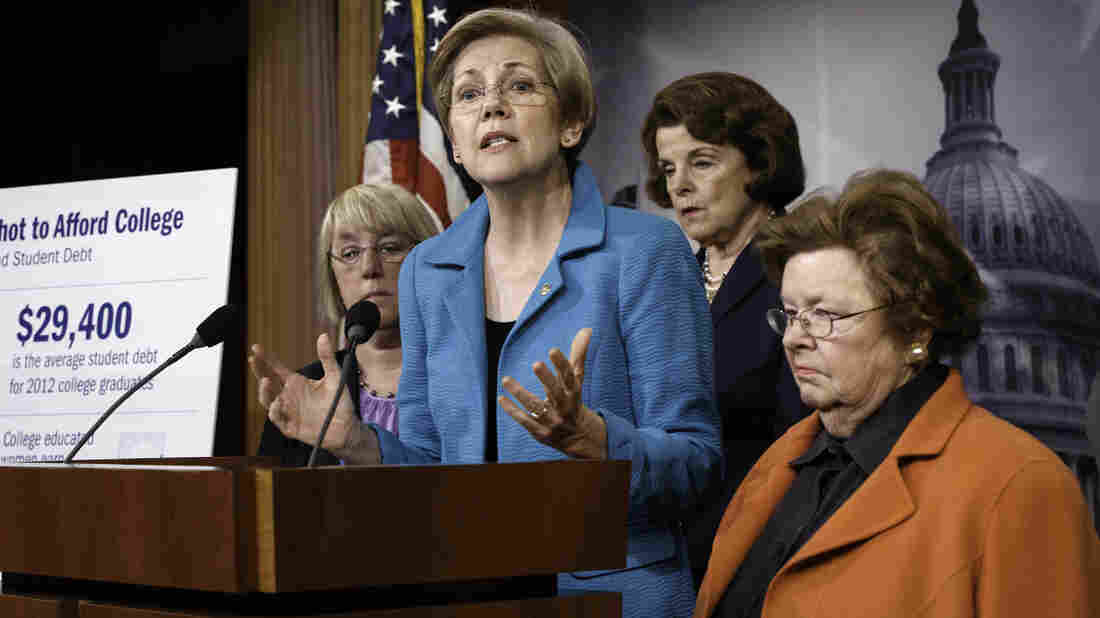 "Who does Washington work for?" asked Sen. Elizabeth Warren, D-Mass., after her bill that would let people refinance student debt was shot down Wednesday. J. Scott Applewhite/AP hide caption 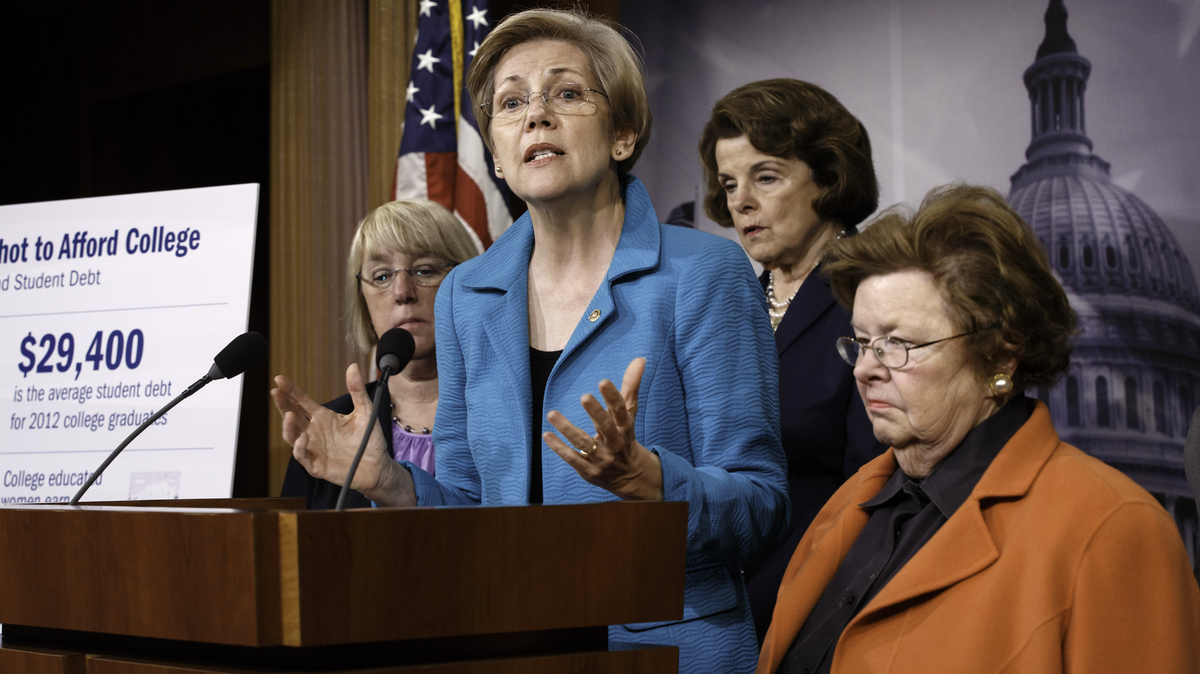 "Who does Washington work for?" asked Sen. Elizabeth Warren, D-Mass., after her bill that would let people refinance student debt was shot down Wednesday.

A bill that would have let millions of people refinance their student loans at a lower interest rate has failed in the Senate, after Republicans objected that it included a tax on the wealthy to pay for it. The measure would have allowed people with older loans to benefit from today's low interest rates.

The bill from Sen. Elizabeth Warren, D-Mass., didn't get past a procedural vote, falling by a 56-38 vote. Called the Bank on Students Emergency Loan Refinancing Act, it was shot down days after President Obama urged Congress to help ease the burden of student debt.

Noting that her bill had bipartisan support, Warren said today that she would continue the effort to help "40 million Americans out there who are trying to deal with $1.2 trillion in student loan debt."

Warren said people with student loans should be on the same footing as homeowners and small businesses that are allowed to refinance their loan obligations.

"Republicans objected to the so-called Buffett Rule, which would increase income tax rates on the rich who make most of their money off investments, so that they would pay the same rate as those earning wages," NPR's S.V. Date reports for our Newscast unit.

"Only three Republicans voted with Democrats to proceed with the bill," Date says, "not enough to clear the Senate's 60-vote threshold."

After the vote, Warren asked a pointed question of her colleagues:

"Today is a really good day for billionaires. For the 40 million people dealing with student loan debt, it wasn't such a good day. This raises the fundamental question: Who does Washington work for? Does it work for those who can hire armies of lobbyists to make sure that every single loophole in the tax code is protected for them? Or does it work for young people who are trying to get started in life?"

On Monday, Obama unveiled a plan to ease the burden on those paying student loans, signing an executive order that caps borrowers' payments at 10 percent of their monthly income.

As NPR's Anya Kamenetz noted, the president's plan expands the Pay as You Earn program, which is hobbled by a serious flaw: "Few people have actually signed up for it."