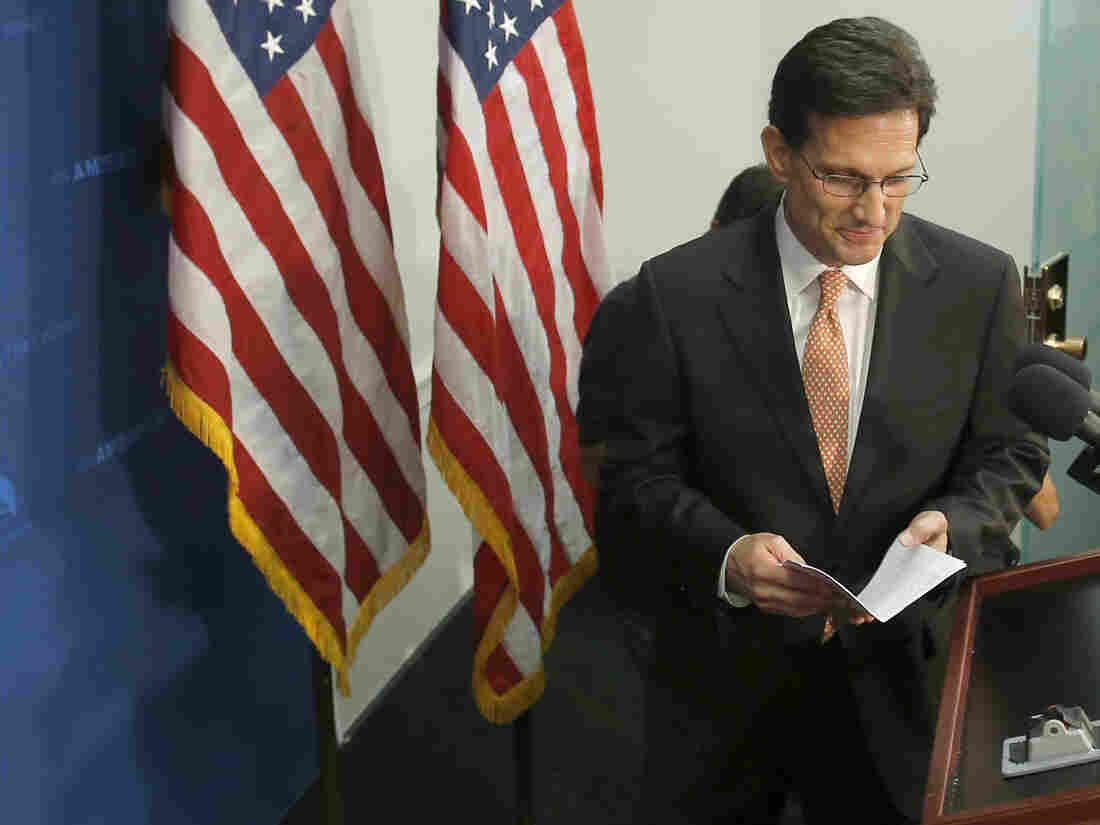 House Majority Leader Eric Cantor of Virginia takes the podium to speak to reporters on Capitol Hill in Washington, on Wednesday. He announced that he would step down as majority leader on July 31. Charles Dharapak/AP hide caption 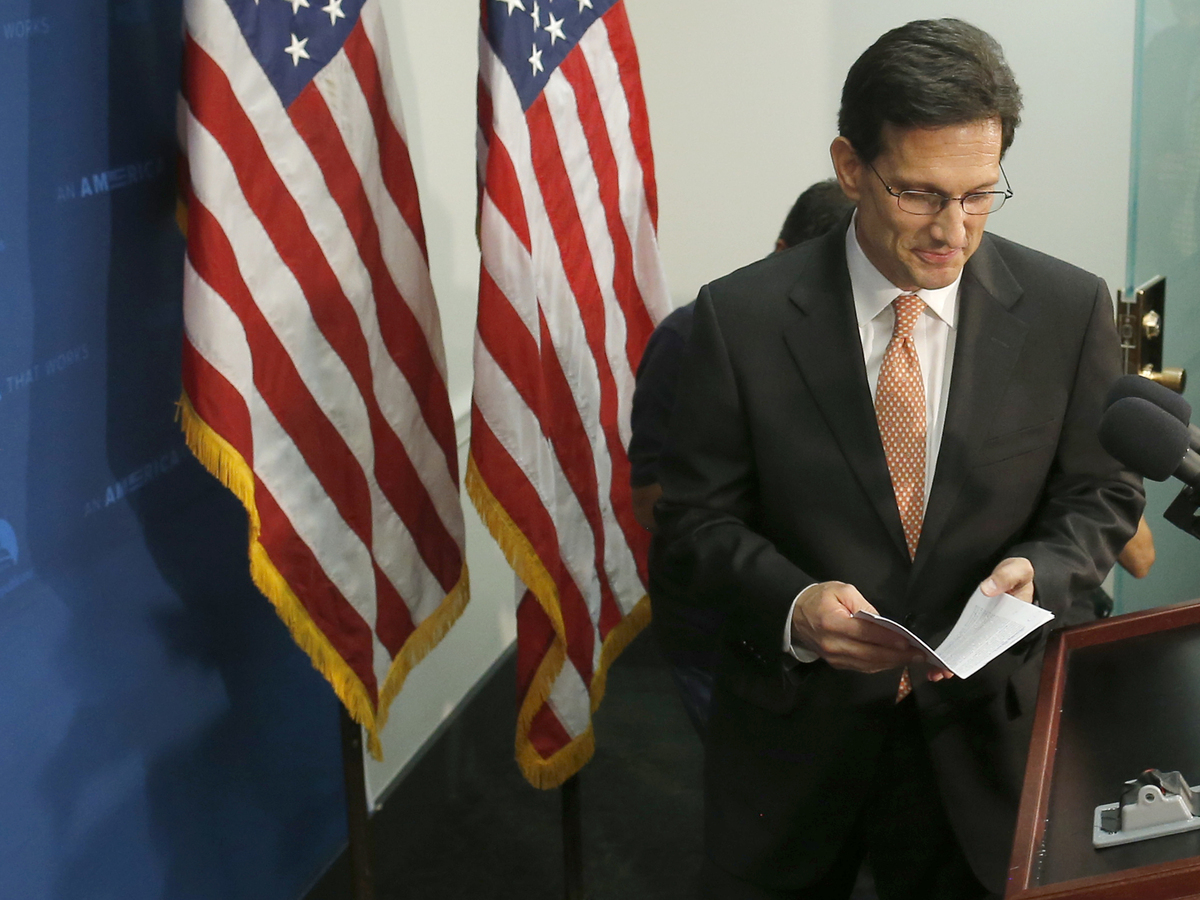 House Majority Leader Eric Cantor of Virginia takes the podium to speak to reporters on Capitol Hill in Washington, on Wednesday. He announced that he would step down as majority leader on July 31.

House Majority Leader Eric Cantor, fresh from a stunning primary upset at the hands of a Tea Party rival, said today that he would vacate his leadership post by the end of July to make room for a successor.

"Effective July 31, I will be stepping down as majority leader," Cantor told reporters at a news conference. "It is with great humility that I do so."

He said he'd support Rep. Kevin McCarthy of California, currently the No. 3 Republican in the House, to replace him if McCarthy sought the majority leader's post.

Cantor, a seven-term congressman who was widely considered the heir apparent to House Speaker John Boehner, lost his re-election bid in what should have been an easy primary. Instead, withering attacks from opponent Dave Brat, a relatively unknown economics professor at Randolph-Macon College in Ashland, Va., took a heavy toll on Cantor.

Brat accused Cantor of not being conservative enough and repeatedly criticized him for signaling a possible compromise over the immigration issue.

Speaking on Wednesday, Cantor said of immigration: "It is much more desirable and doable if we do it one step at a time. I do not agree with this 'my way or the highway' of the president."

The majority leader rebuffed questions about his defeat, saying he'd "leave the election analysis to you all" and that he'd "tried my best and come up short."

Cantor said he viewed every setback as an opportunity.

"While I may have suffered a personal setback last night, I could not be more optimistic about the future of the country," he said.

Cantor is the first House majority leader in history to be defeated in a primary.

Cantor's decision to step down from his leadership role would begin "a weekslong scramble for the chamber's No. 2 job, according to three Republicans familiar with his plans," says The Washington Post. The newspaper adds that Cantor won't run as a write-in candidate in Virginia.

The move to step down is an attempt "to limit a festering struggle within the House Republican caucus over who would assume his post," The New York Times reports, citing an aide to the majority leader.

"Members are freaking out right now," a senior House GOP official tells Fox News. The cable channel says phone calls are being made about where House members might place their allegiances in a possible battle for the No. 2 job; it also notes that Cantor is expected to support Majority Whip Kevin McCarthy, R-Calif., as his successor.

Cantor's loss to relatively unknown Tea Party candidate Dave Brat has been called "stunning," as political analysts and others failed to foresee the historic upset that played out in Virginia's 7th District on Tuesday.