Accessibility links
China Signals Heavier Hand On Dissent In Hong Kong : The Two-Way A Beijing policy paper makes it clear that autonomy in the former British colony only goes so far, saying "many wrong views" are held by Hong Kong residents. 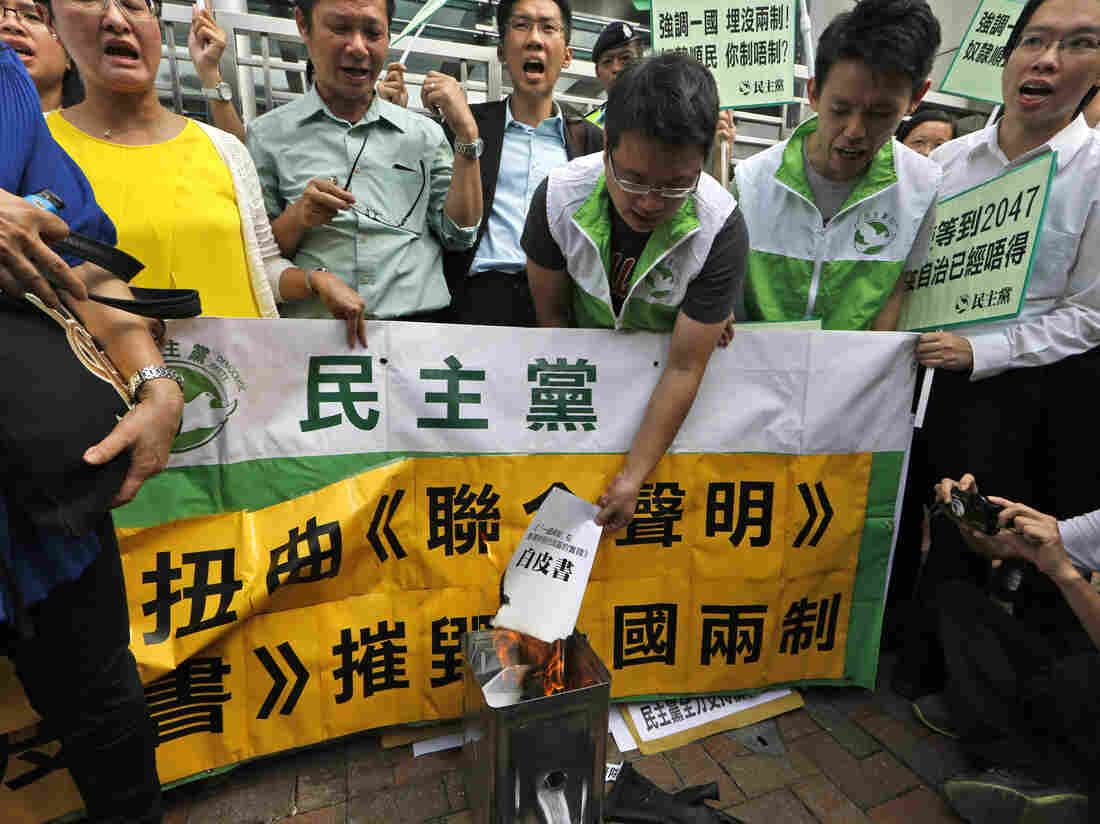 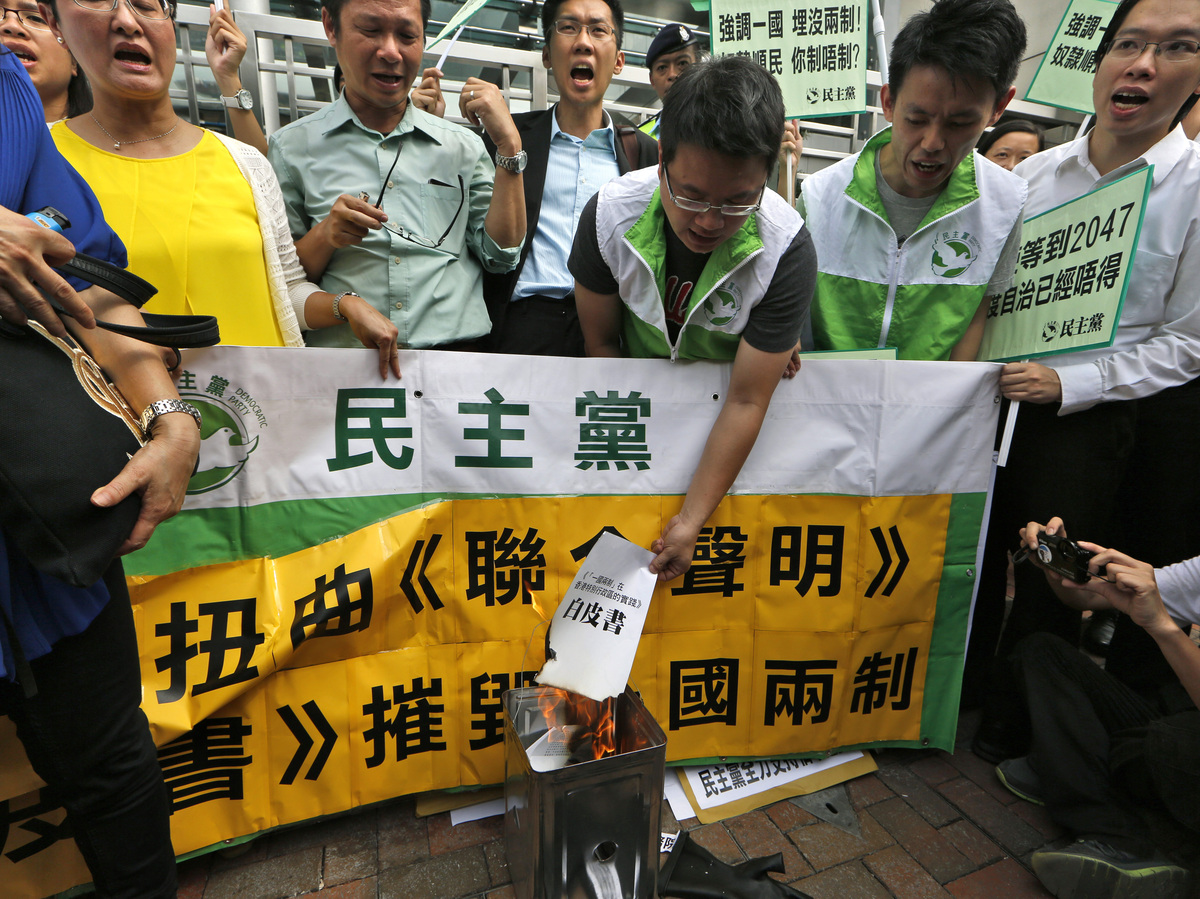 Days after some 100,000 people marched in Hong Kong to commemorate the 25th anniversary of the brutal crackdown on pro-democracy activists in Beijing's Tiananmen Square, China has issued a policy paper making it clear that the former British colony's autonomy only goes so far.

The release of the 14,500-word "white paper" sparked protests on Wednesday in the territory, which has been known as the Hong Kong Special Administrative Region, or HKSAR, since it reverted to Beijing in 1997.

China has long touted its "one country, two systems" approach to Hong Kong, but has frequently emphasized the "one country" part of the equation.

The policy document, published by the State Council Information Office, concludes that "many wrong views are currently rife in Hong Kong," and that the territory does not enjoy "full autonomy" but instead that the central government in Beijing has "comprehensive jurisdiction over all local administrative regions, including the HKSAR."

The paper says Hong Kong residents are "confused or lopsided in their understanding" of what "a high degree of autonomy" really means.

"While similar views have been made by mainland officials before, the timing and the way the document was released show Beijing is determined to put its foot down over Hong Kong's political development.

"The paper, released in seven languages through Xinhua, came 10 days before Occupy Central activists calling for greater democracy hold an unofficial referendum on options for the 2017 election of [Hong Kong's nominal leader, known as] the chief executive."