Accessibility links
Thai Junta To Foreign Journalists: 'Don't Call It A Coup' : The Two-Way A spokesman for Thailand's new military regime says that the action by the army last month to topple the elected government "is totally different" from previous coups.

Thai Junta To Foreign Journalists: 'Don't Call It A Coup'

Thai Junta To Foreign Journalists: 'Don't Call It A Coup' 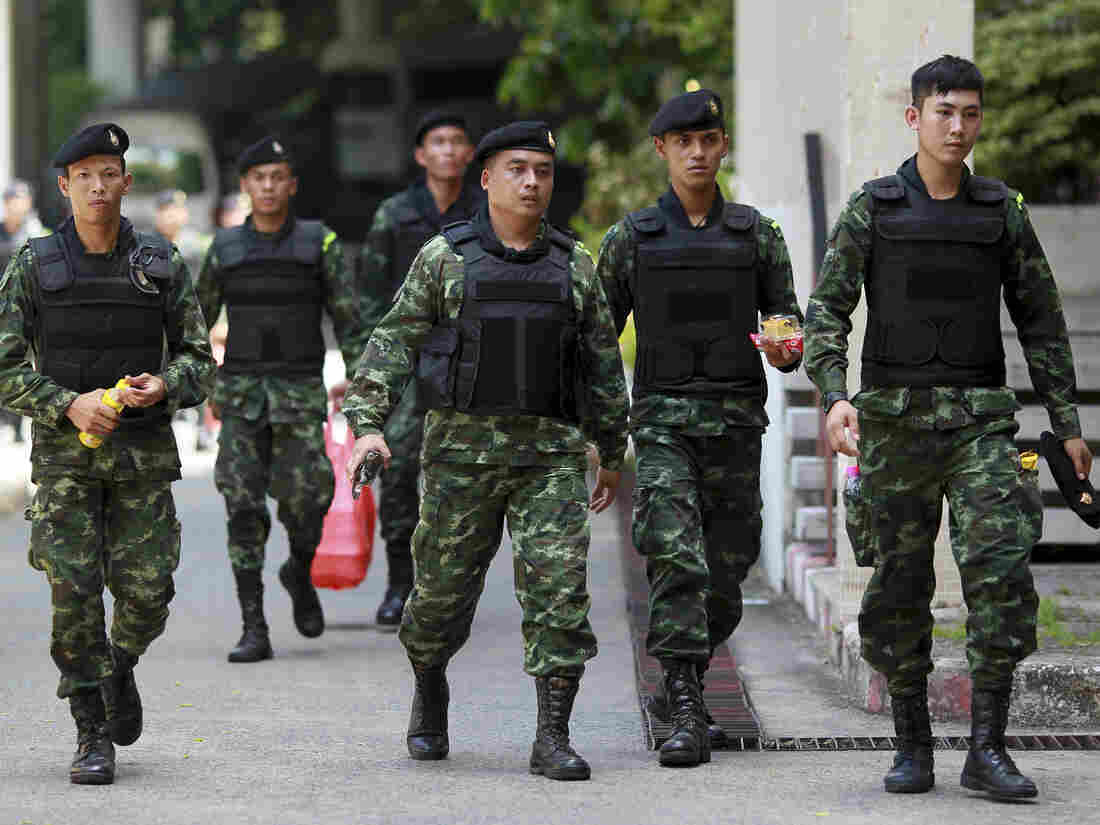 Thai soldiers walk after being deployed to guard Bangkok's Victory Monument against anti-army protests, on Sunday. The ruling junta is now insisting that foreign journalists not call the military takeover a coup. Wason Wanichakorn/AP hide caption 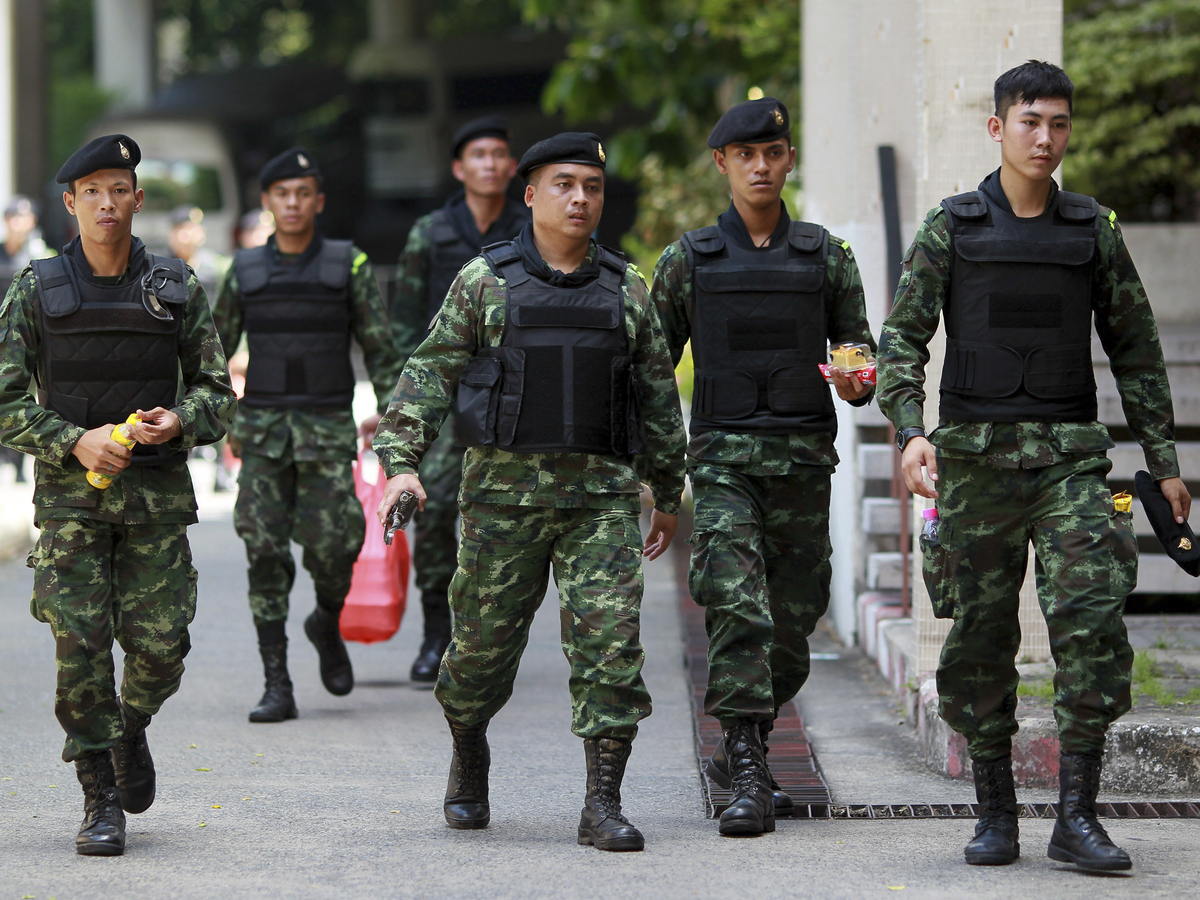 Thai soldiers walk after being deployed to guard Bangkok's Victory Monument against anti-army protests, on Sunday. The ruling junta is now insisting that foreign journalists not call the military takeover a coup.

First it wasn't a coup. Then, it was.

Now, Thailand's ruling military junta tells foreign journalists that its May 22 toppling of an elected government was no coup after all.

"The military action this time is totally different from the previous successful coups since the 1932 takeover," junta spokesman Werachon Sukondhapatipak said at the Foreign Correspondents Club of Thailand in Bangkok on Wednesday in a reference to the country's more than dozen military takeovers since the end of the absolute monarchy more than 80 years ago.

Whatever you do, "Don't call it a coup," Werachon said, according to The Bangkok Post.

"We think that we could wait until Thailand has a more mature democracy - a sustainable democracy. We know of the consequences and we weighed between having flawed democracy and well-being and safety of the people. We chose the latter," Werachon said.

The remarks follow the arrest by authorities of some 350 anti-coup activists, including academics, and the Thai Foreign Ministry's push to force the return of Thai nationals abroad who have openly opposed the May putsch.

"The army is also threatening to try those opposed to the coup in a military court. Authorities said Friday they arrested one of the organizers of a series of flash-mob-style demonstrations, Sombat Boonngamanongong. About 300 people have been called in by the junta for questioning about their political views before being released. Isolated protests against the coup involving just a handful of people continued Sunday, with hundreds of soldiers and police fanning out to shopping malls and other commercial centers to ward off larger demonstrations.

"At the same time, Thailand's army is also continuing its campaign to win over more Thais to its cause, with troops staging another in their occasional series of pop concerts. In the working class Bangkok district of Taling Chan, an army rock band Sunday belted out heavily ska-influenced versions of tunes from northeastern Thailand, where support for the populist leaders whom the military ousted is strongest, while a handful of local residents danced. Others underwent free health checks provided by the army."

Last week, the generals banned the three-fingered salute from The Hunger Games that's been appropriated by anti-coup protesters as a symbolic protest. And, the army has launched a "Happiness" campaign, "staging free festivals across Bangkok to 'bring back happiness,'" The Guardian reports.

Since ousting the civilian government, the junta has also threatened to arrest online critics of the new regime and to prevent Norway's Telenor from bidding for 4G licenses in the country. The latter move is reportedly in retaliation for Telenor's CEO acknowledging that his company was ordered to block Facebook in the immediate aftermath of the coup. Telenor's Thai subsidiary, DTAC, is a major provider of cell phone and Internet service in Thailand.

The Local, a Norwegian English-language news service, says that Col. Settapong Malisuwan, the deputy head of the Thai Post and Telecommunications Authority, "lambasted Telenor's openness as 'inappropriate,' saying that the company 'showed no respect for the difficult situation in Thailand.'"