Accessibility links
Can A Female Politician Be Insulted Without It Being Sexist? : The Two-Way Debate is raging online about whether profane chants directed at President Dilma Rousseff during Brazil's World Cup match against Croatia were sexist.

Can A Female Politician Be Insulted Without It Being Sexist?

Can A Female Politician Be Insulted Without It Being Sexist? 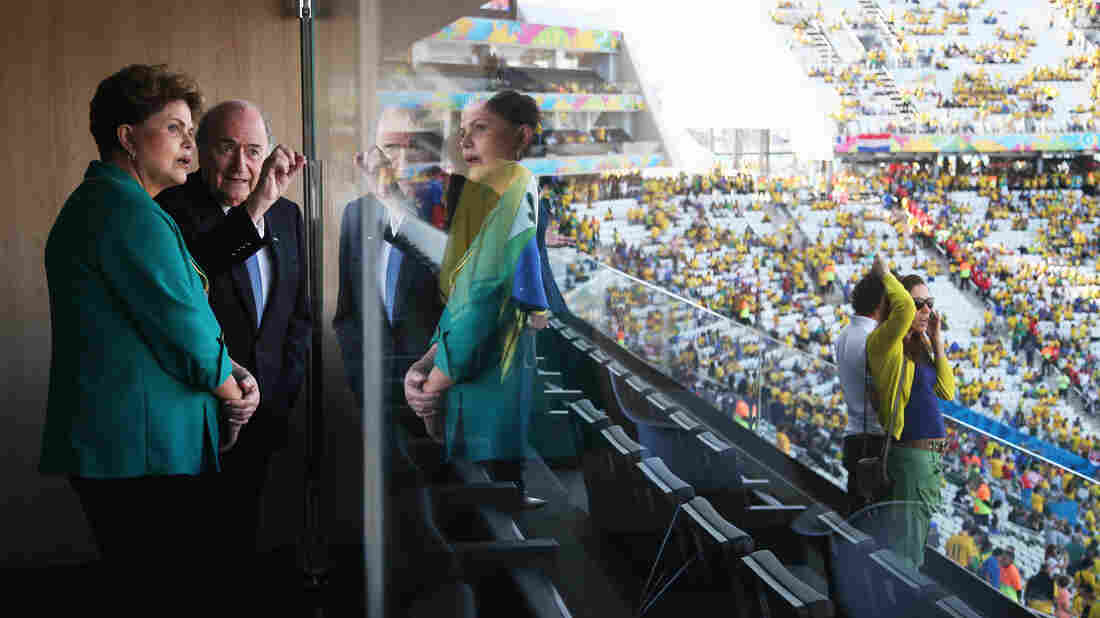 The talk on the streets of Brazil is the host country's resounding victory over Croatia on the World Cup pitch. But online, debate is raging over whether or not chants directed against Brazil's President Dilma Rousseff at the stadium where she was attending yesterday's match were sexist.

The chanting drew a quick response on social media.

@Ogan_Arimateia tweeted: Regarding the insulting of Dilma: Sexism.

@charlotte_run tweeted: 468 men and 45 women in Congress and you blame Dilma for everything. How ugly is that machismo, eh?

@dsthefano tweeted : I disagree with alot of the things of PT (Dilma\s party) politics. But Ill never agree with the sexist and ridiculous attacks on Dilma.

Others thought the chant wasn't sexist, but rather to do with class. The fans in the Sao Paulo stadium on Thursday were overwhelmingly white and not from Rousseff's political power base. Her Workers Party, or PT, has a lot of support in the northeast and center of the country, where the Bolsa Familia program that her predecessor and mentor Ignacio Lula da Silva started has changed lives. It gives a stipend to families who keep their children in education.

Well-known journalist Henrique Alonso tweeted this link of another journalist telling ESPNBrasil that the attacks on Dilma were started by a 'white and entitled' elite.

Rousseff actually canceled her scheduled speech, as did FIFA President Sepp Blatter, on the opening day of the games. Although no official reason was given for the change in plans, pundits in Brazil say Rousseff and Blatter wanted to avoid being booed in front of the cameras.

As one Brazilian paper waggishly noted, "The attempt to hide Dilma ... at the World Cup, didn't work."