Accessibility links
Ukraine Promises 'Adequate Response' After Rebels Shoot Down Plane : The Two-Way Separatists shot down a military transport plane, killing 49 people. This marks the deadliest day in the conflict between Ukraine and pro-Russian rebels. 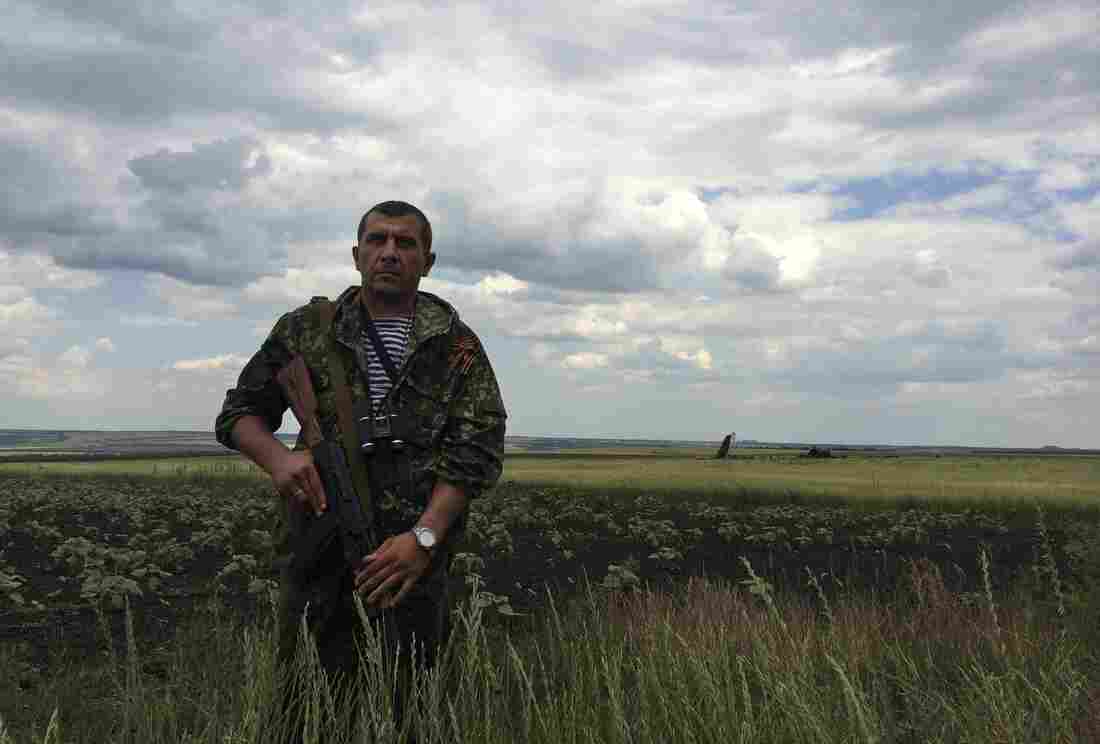 A pro-Russian fighter guards the site of remnants of a downed Ukrainian army aircraft near Luhansk, Ukraine on Saturday. Evgeniy Maloletka/AP hide caption 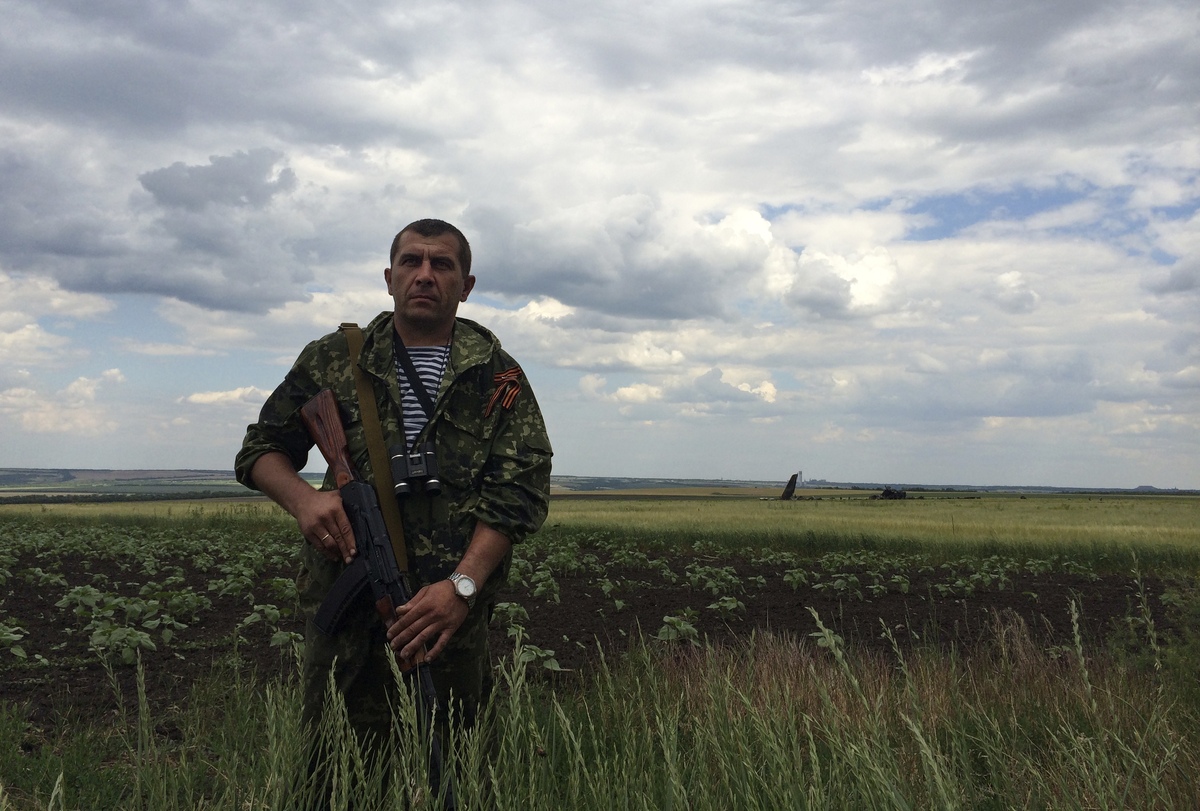 A pro-Russian fighter guards the site of remnants of a downed Ukrainian army aircraft near Luhansk, Ukraine on Saturday.

Pro-Russian militants in eastern Ukraine shot down a military transport plane as it made an approach to Lugansk Airport on Saturday. All 49 people on board were killed.

The Kyiv Post reports this marks the deadliest day in the conflict between the central government in Kiev and pro-Russian rebels.

"Most of them — 40 servicemen — were paratroopers of the 25th Dnipropetrovsk airborne brigade, while nine were from the Melitopil transport brigade and the plane's crew. An investigation is under way by the general prosecutor into terrorism.

Reuters reports that newly-elected President Petro Poroshenko called his defense and security chiefs for a meeting this morning.

"All those involved in cynical acts of terrorism of this magnitude must be punished. Ukraine needs peace. However, the terrorists will receive an adequate response," Poroshenko said in a statement, according to Reuters.

This news comes a day after the Ukrainian government said it had recaptured the eastern city of Mariupol.

It also comes less than a day after the U.S. State Department backed Kiev's assertion that Russia was arming the rebels.

The New York Times reports that State officials said "a convoy of three T-64 tanks, several BM-21 multiple rocket launchers and other military vehicles crossed the border near the Ukrainian town of Snizhne."

"A failure by Russia to de-escalate this situation will lead to additional costs," Harf said.