Accessibility links
Finally! A Decent Espresso On The International Space Station : The Two-Way An Italian aerospace firm, in conjunction with coffee company Lavazza and the Italian space agency, have jointly developed a system for producing zero-gravity espresso. 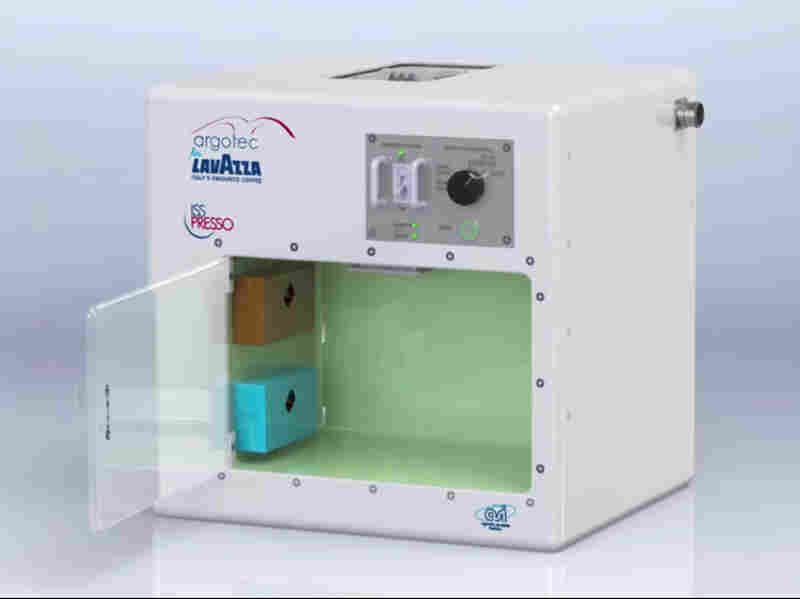 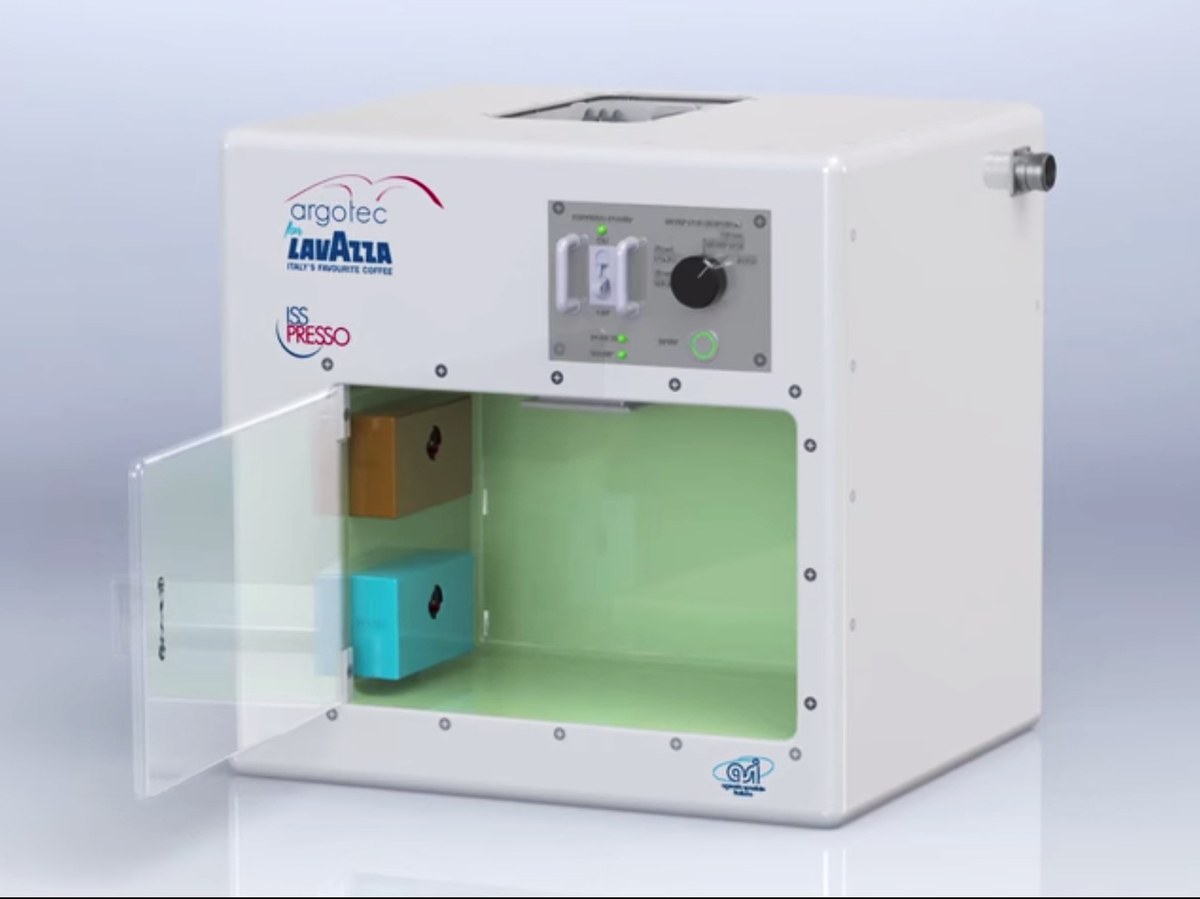 Italian astronaut Luca Parmitano, during his stay on the International Space Station last year, said the one thing he missed was a real cup of espresso.

Engineers on the ground in Italy were way ahead of him.

They had already been hard at work solving the problems of zero-gravity espresso, and now they're ready to launch ISSpresso, "the first capsule-based espresso system able to work in the extreme conditions of space."

According to a news release, "ISSpresso is a veritable technological and engineering jewel, able to deliver a perfect espresso in weightless environment."

The project is a joint venture by Argotec, an Italian aerospace firm that is a leader in the space food sector, coffee company Lavazza and the Italian space agency, ASI.

"[Today] we are in a position to overcome the limits of weightlessness and enjoy a good espresso," says Giuseppe Lavazza, vice president of Lavazza. He emphasizes that unlike the so-called "coffee" the ISS astronauts have been drinking up till now, the ISSpresso would deliver "a real coffee, that which one drinks in a café. Good, hot and steaming."

According to Phys.org: "The new machine will use a capsule system (instead of a full ground system) and will be capable of making not just espresso, but several other hot beverages including caffè lungo and coffee. The company notes that the plastic tube that usually conveys hot water inside a normal espresso machine has been replaced by a steel tube, making the unit capable of withstanding very high pressure. They also added multiple redundant systems (and likely resistance to vibration) to ensure continued service for many years to come."

Lavazza is also launching a consumer version of its capsule-based espresso to work in a Keurig espresso maker.

"The ISSpresso, while the first coffee machine, is not the first beverage dispenser to be developed for astronauts in space. In the mid-1990s, the Coca-Cola Company flew on two space shuttle flights fountains to dispense carbonated soft drinks. The results however, were not what Coca-Cola expected and the project was canceled.

"The beverages currently flown to the station, including fruit drinks, tea and coffee, are dry powders packaged in Capri-Sun-like foil pouches. On orbit, the astronauts add water — recycled from the crew's urine and other waste water — to the drinks and then insert a clamped straw to avoid the liquid from floating out."