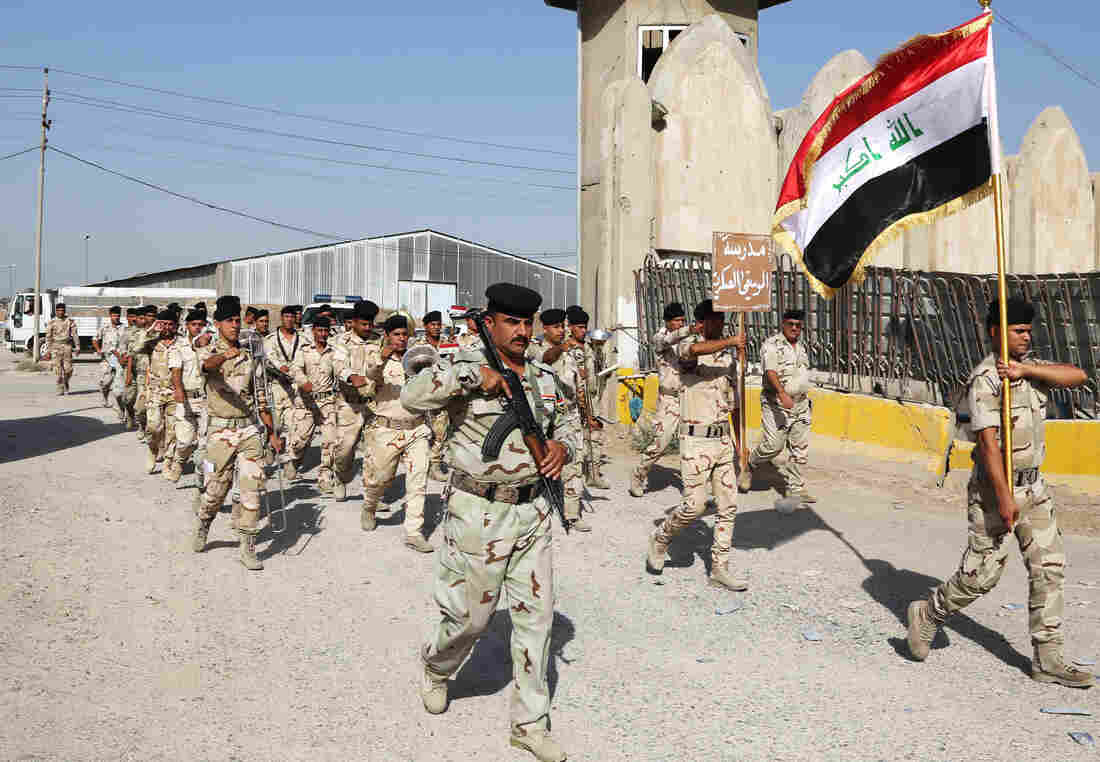 Iraqi army soldiers parade during a recruiting drive for men to volunteer for military service in Baghdad on Thursday. The country's leaders are urging Iraqis to help battle insurgents who have mounted an aggressive campaign in the north. Karim Kadim/AP hide caption 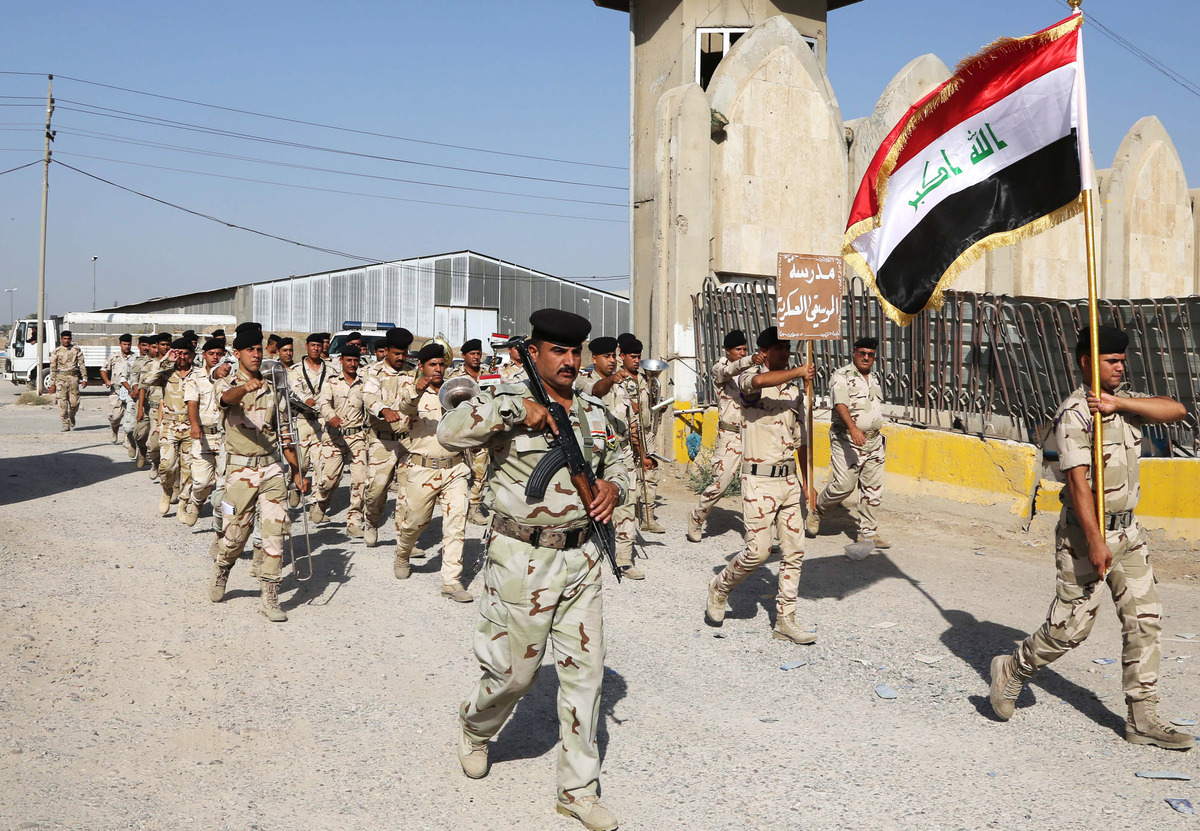 Iraqi army soldiers parade during a recruiting drive for men to volunteer for military service in Baghdad on Thursday. The country's leaders are urging Iraqis to help battle insurgents who have mounted an aggressive campaign in the north.

In an attempt to stop the juggernaut advance of the Sunni extremist group ISIS, Iraq's central government says the fight for the country's largest oil refinery is far from over. A military official says 40 militants have been killed.

"Iraqi government officials say an elite special operations force is holding off ISIS militants at the Beiji refinery 160 miles north of the capital," NPR's Deborah Amos reports from Erbil. "But local police report ISIS is tightening a grip on the facility."

Rapid gains by the group are having a wide impact, crimping Iraq's oil industry and leading to calls for its Shiite leader, Prime Minister Nouri al-Maliki, to resign.

"He's seen as a really corrupt and sectarian figure that has marginalized so much of the Sunni population," NPR's Leila Fadel said on today's Morning Edition, "and they're frustrated."

The militants' focus on taking over oil facilities has prompted international oil companies to pull some of their workers out of southern Iraq. In the north, fighting at the Beiji refinery had trapped workers for a day before their freedom could be negotiated.

The intense violence — and the takeover of several major cities by ISIS — has led to fears that Iraq might fracture along sectarian lines. The militants' push in northern Iraq has prompted the leader of the semi-autonomous Kurdish region to urge retired soldiers to re-enlist in the region's peshmerga militia.

"In the midst of bloody unrest and fears of civil war between Sunni and Shiite Arabs, the semi-autonomous Kurdish north has seized swaths of disputed territory that Iraq's security forces abandoned during its fight with Sunni factions, including ISIS," Fadel reports from Erbil.

In Washington, a lively debate continues over who's responsible for the mess in Iraq and what to do about it. Republicans are questioning President Obama's decision to pull U.S. forces from the country two years ago. The White House has resisted calls from Iraqi officials to carry out airstrikes on the Sunni militants.

Sen. John McCain has been a chief critic of Obama's Iraq policy.

"We predicted when all the troops were withdrawn, that there would be the events that are taking place today," he said Wednesday.

But as NPR's David Welna reports, Joint Chiefs Chairman Gen. Martin Dempsey told a Senate panel that the presence of U.S. troops may not have prevented the turmoil in Iraq. Instead, Dempsey joined those criticizing Maliki's leadership.

"The problem today is that the government has not acted responsibly in Iraq," Dempsey said, "and I don't know that the presence of U.S. military personnel uniquely would have changed the outcome."

The U.S. has been sending military assets toward Iraq, but officials say a final decision on the use of American air power hasn't been made.