Accessibility links
Wis. Gov. Scott Walker Accused Of Illegal Fundraising : The Two-Way The governor, who was the subject of a 2012 recall vote, is said to have coordinated fundraising with outside conservative groups in violation of state law. 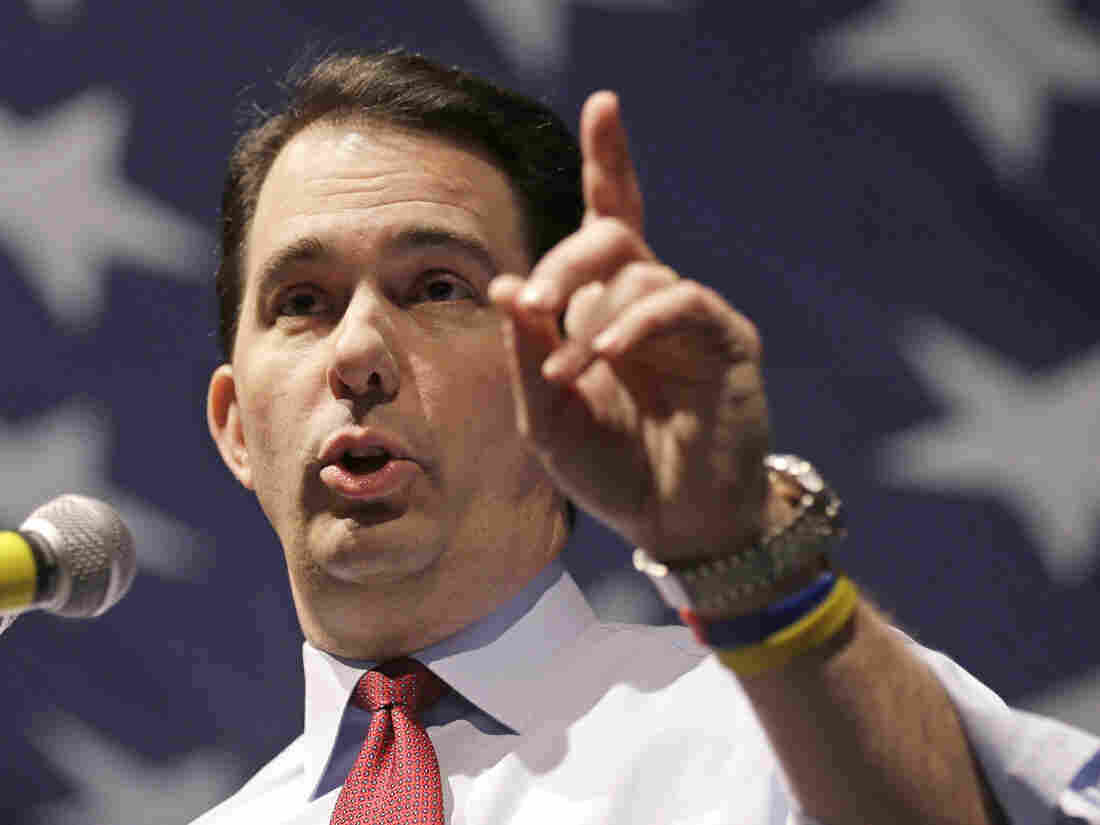 Wisconsin Republican Gov. Scott Walker speaks in Milwaukee in May. Newly released documents show prosecutors are alleging Walker was at the center of a nationwide "criminal scheme" to illegally coordinate with outside conservative groups. Jeffrey Phelps/AP hide caption 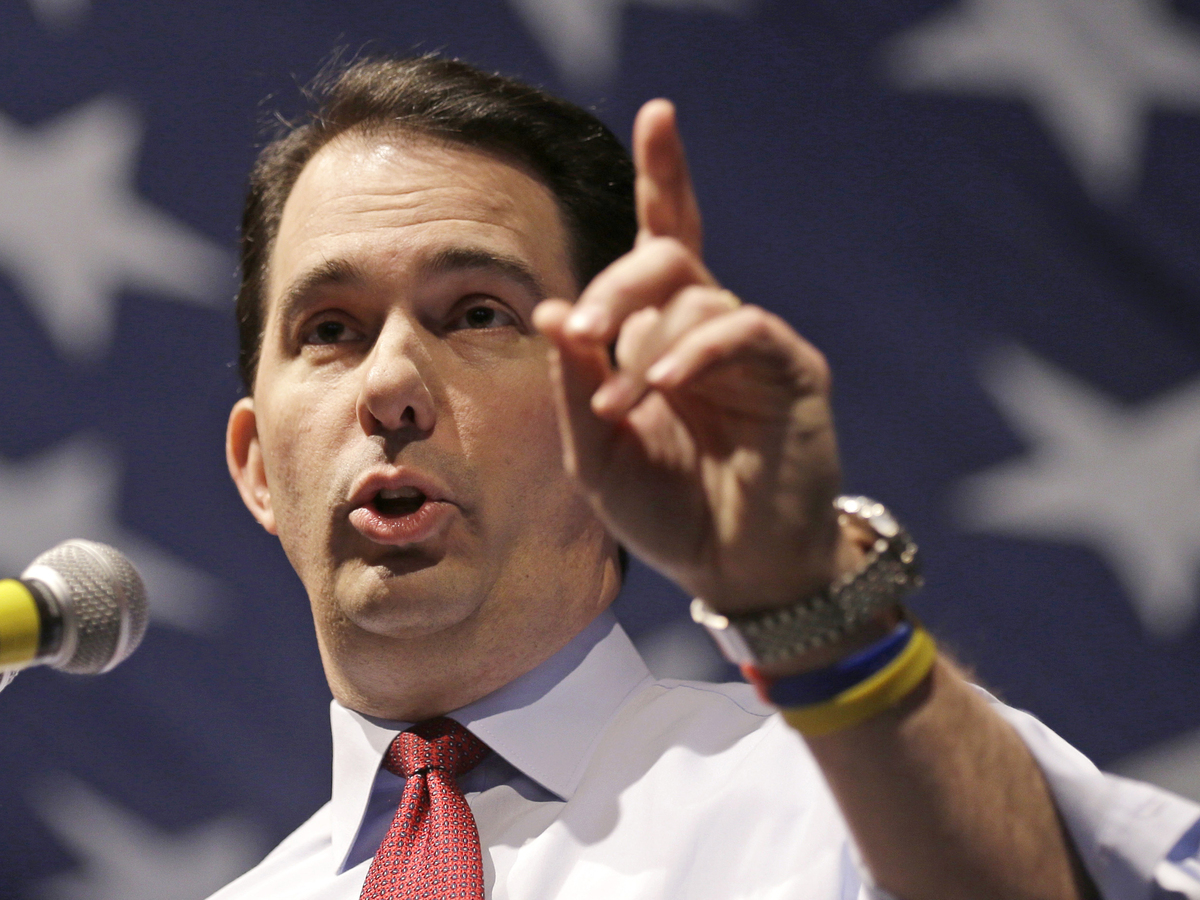 Wisconsin Republican Gov. Scott Walker speaks in Milwaukee in May. Newly released documents show prosecutors are alleging Walker was at the center of a nationwide "criminal scheme" to illegally coordinate with outside conservative groups.

Prosecutors believe that Wisconsin Gov. Scott Walker was at the center of a "criminal scheme" to illegally coordinate fundraising with outside conservative groups in violation of state law.

The Wisconsin State Journal reports that prosecutors say Walker and others sought to circumvent state campaign finance and election laws:

"They said the coordinated effort involved conservative groups, Walker, his campaign and top allies of the governor, including [Walker campaign adviser and Wisconsin Club for Growth spokesman] R.J. Johnson and Deborah Jordahl.

"The prosecutors allege that Walker and those allies raised money and coordinated spending with about a dozen conservative groups during the recall elections [of 2011 and 2012].

"They cite a May 2011 email from Walker to prominent national GOP strategist Karl Rove saying that Johnson would lead the coordination.

" 'Bottom-line: R.J. helps keep in place a team that is wildly successful in Wisconsin. We are running 9 recall elections and it will be like 9 congressional markets in every market in the state (and Twin Cities),' Walker wrote to Rove on May 4, 2011, the documents say."

In February, Club for Growth filed a federal lawsuit hoping to derail the investigation, which at the time was thought to involve Walker.

"The scope of the criminal scheme under investigation is expansive," lead investigator Francis Schmitz wrote in the Dec. 9 court filing. "It includes criminal violations of multiple elections laws" including filing false campaign reports, he wrote, according to the AP.

By way of background, the AP writes:

"Walker rose to fame shortly after taking office in 2011, passing a bill that effectively ended collective bargaining for most public workers. The uproar over that law led to Walker's recall election in 2012, which he won, making him the first governor in U.S. history to ever defeat a recall.

"The investigation, which began in secret in 2012, focuses on Walker's campaign and other conservative groups. U.S. District Judge Frank Easterbrook on Thursday ordered the release of more than 250 pages of court documents, many pages of which had previously been secret."