Accessibility links
NTSB: Truck Driver Who Hit Tracy Morgan's Limousine Was Speeding : The Two-Way Just before the June 7 accident, the driver of the semitrailer was traveling 20 mph over the speed limit, investigators say in a preliminary report. 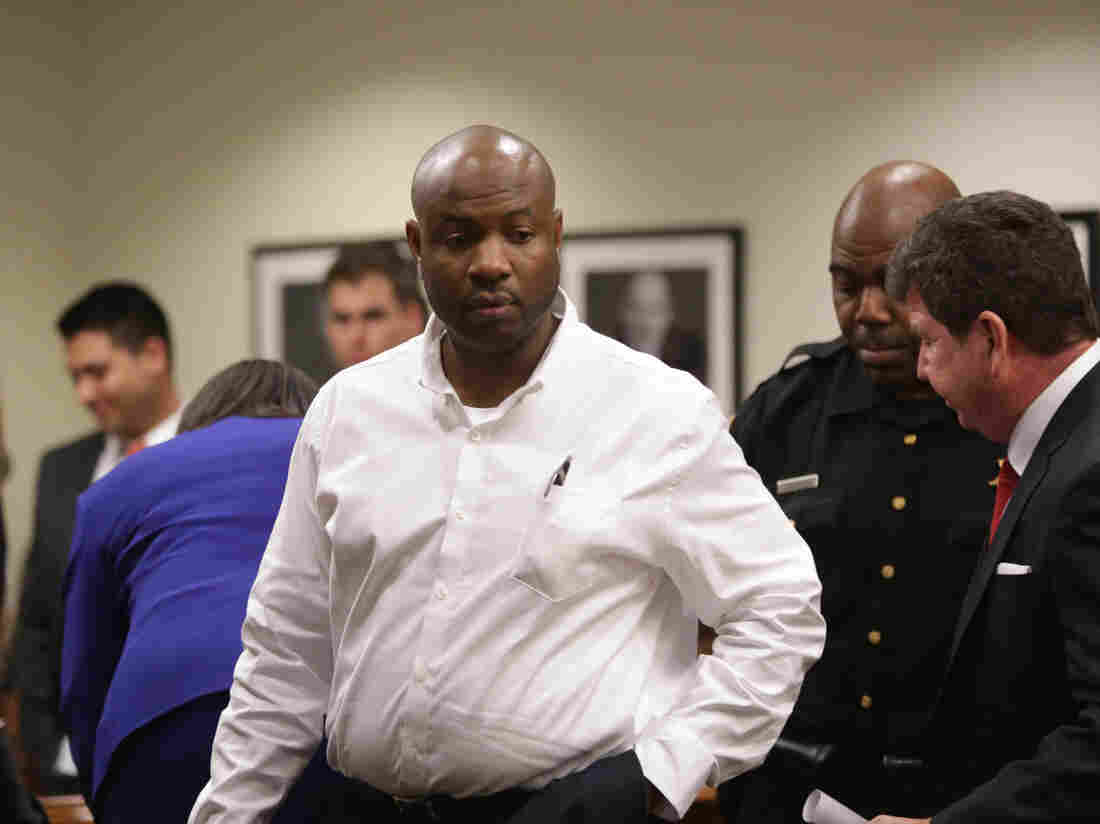 The driver of a semitrailer that hit a limousine carrying comedian Tracy Morgan, seriously injuring him and killing a fellow passenger, was speeding moments before the crash, the National Transportation Safety Board says in a preliminary report.

"The Peterbilt truck-tractor was equipped with an electronically controlled Cummins ISX engine. The engine control module (ECM) could record vehicle speed, engine rpm, brake circuit status, throttle percentage, and other associated data in a sudden deceleration event. NTSB investigators imaged the ECM on June 11, 2014. A preliminary review of the data showed that the Peterbilt combination vehicle was traveling at 65 mph for the 60 seconds preceding the collision with the Mercedes-Benz limo van. NTSB investigators are correlating these data with the physical evidence."

"Wal-Mart Stores Inc. trucks are equipped with devices that limit the vehicles' speed to 65 mph, a spokeswoman said, so Roper was going at the top speed possible.

"Drivers are required to follow the posted speed limit under Wal-Mart policy, spokeswoman Brooke Buchanan said Thursday. 'Of course we expect our drivers to comply with the laws, whether it's a speed limit, or [something else],' she said.

"She otherwise declined to comment on the report, citing the ongoing investigation."

Morgan is hospitalized in fair condition.