Accessibility links
Stephanie Kwolek, Chemist Who Created Kevlar, Dies At 90 : The Two-Way Kwolek, a DuPont scientist, invented the remarkable fibers — lightweight, flexible and five times stronger than steel — that are used around the world in bulletproof body armor.

Stephanie Kwolek, a DuPont chemist who invented the synthetic fibers used in Kevlar body armor, has died at the age of 90, her colleagues said Friday.

A fellow chemist told The Associated Press that Kwolek died Wednesday at a Wilmington, Del., hospital following a brief illness. Kwolek was a groundbreaking scientist and mentor to other women in the field. The astonishingly strong fibers she invented are used around the world in bulletproof body armor. 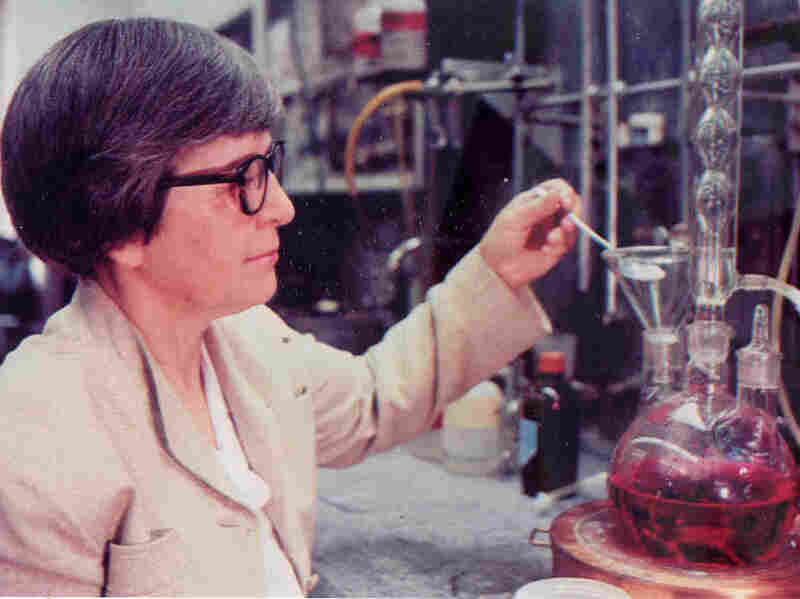 Stephanie Kwolek prepares a polymerization experiment at DuPont's Pioneering Research Lab in 1967. Kwolek, who died Wednesday, made the breakthrough discovery that led to the invention of Kevlar. DuPont hide caption 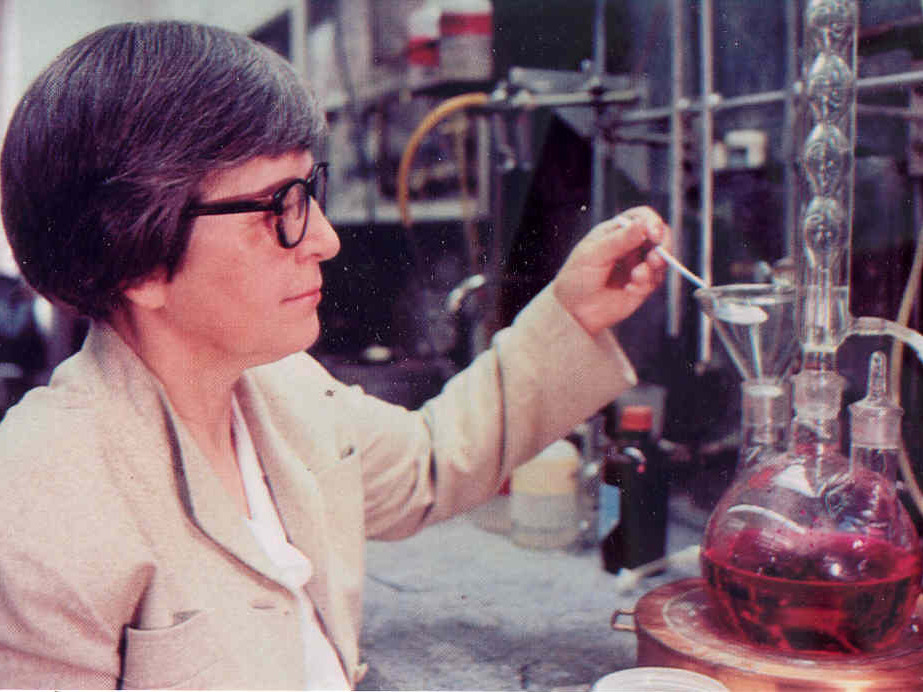 Stephanie Kwolek prepares a polymerization experiment at DuPont's Pioneering Research Lab in 1967. Kwolek, who died Wednesday, made the breakthrough discovery that led to the invention of Kevlar.

She earned a degree in chemistry from a women's college at what is now Carnegie Mellon University. After she graduated in 1946, she thought about going to medical school, according to the American Chemical Society, but instead applied for a job as a chemist with the DuPont company.

"She found an opportunity at DuPont because many men were in the military at the time," reports the Wilmington News Journal. Kwolek continued to flourish there long after World War II ended, doing extensive work on polymers.

Her most extraordinary invention came in 1965. She was part of a team trying to create a stronger synthetic fiber, and according to DuPont, the scientists involved were struggling. Then Kwolek "broke the deadlock," DuPont says, "by devising a liquid crystal solution that could be cold-spun."

The watery substance at first looked like a mistake. The American Chemical Society says: "Most researchers would have rejected the solution because it was fluid and cloudy rather than viscous and clear. But Kwolek took a chance and spun the solution into fibers more strong and stiff than had ever been created."

A Visit To A Kevlar Factory

A Visit to a Kevlar Factory

The Search For A Better Kevlar

The Search for a Better Kevlar

"I never in a thousand years expected that little liquid crystal to develop into what it did," Kwolek told the News Journal in 2007.

What it developed into was Kevlar, a material in body armor that has saved thousands of lives. The substance is also used in tires, helmets, kayaks and spacecraft — not to mention extreme sports equipment.

Kevlar is long-lived, lightweight and five times stronger than steel, and it can bend without shattering, reports the News Journal. NPR's Nell Greenfieldboyce visited a Kevlar factory in 2005 and found that Kevlar has another extraordinary trait. "I wasn't prepared for how surprisingly beautiful it is," she said. "It looks like these beautiful bobbins of just thousands of gold threads. ... It's like you're going to make a tapestry."

Kwolek headed polymer research at DuPont's Pioneering Lab until her retirement in 1989, according to the American Chemical Society. She won the National Medal of Technology and the Perkin Medal for her achievements and was inducted into the National Inventors Hall of Fame in 1994.