Accessibility links
'Central Park 5' Win $40 Million From NYC For False Convictions : The Two-Way Five black and Hispanic men who were falsely accused in the sensational 1989 attack on a white woman in Central Park said they were railroaded by police. 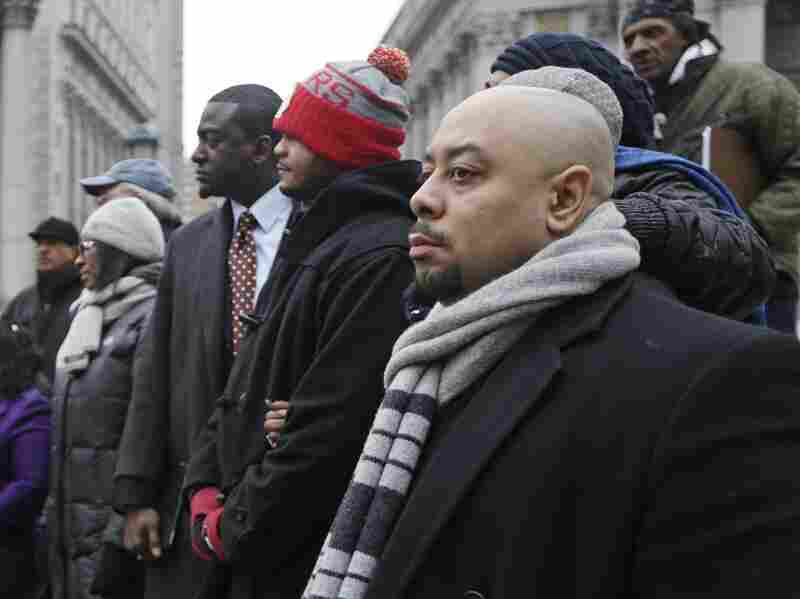 Raymond Santana (right), Kevin Richardson and Yusef Salaamat attend a rally in Foley Square, New York City, in January 2013. The three men were among the "Central Park Five," who were convicted of beating and raping a white woman but have since been exonerated. Frank Franklin II/AP hide caption 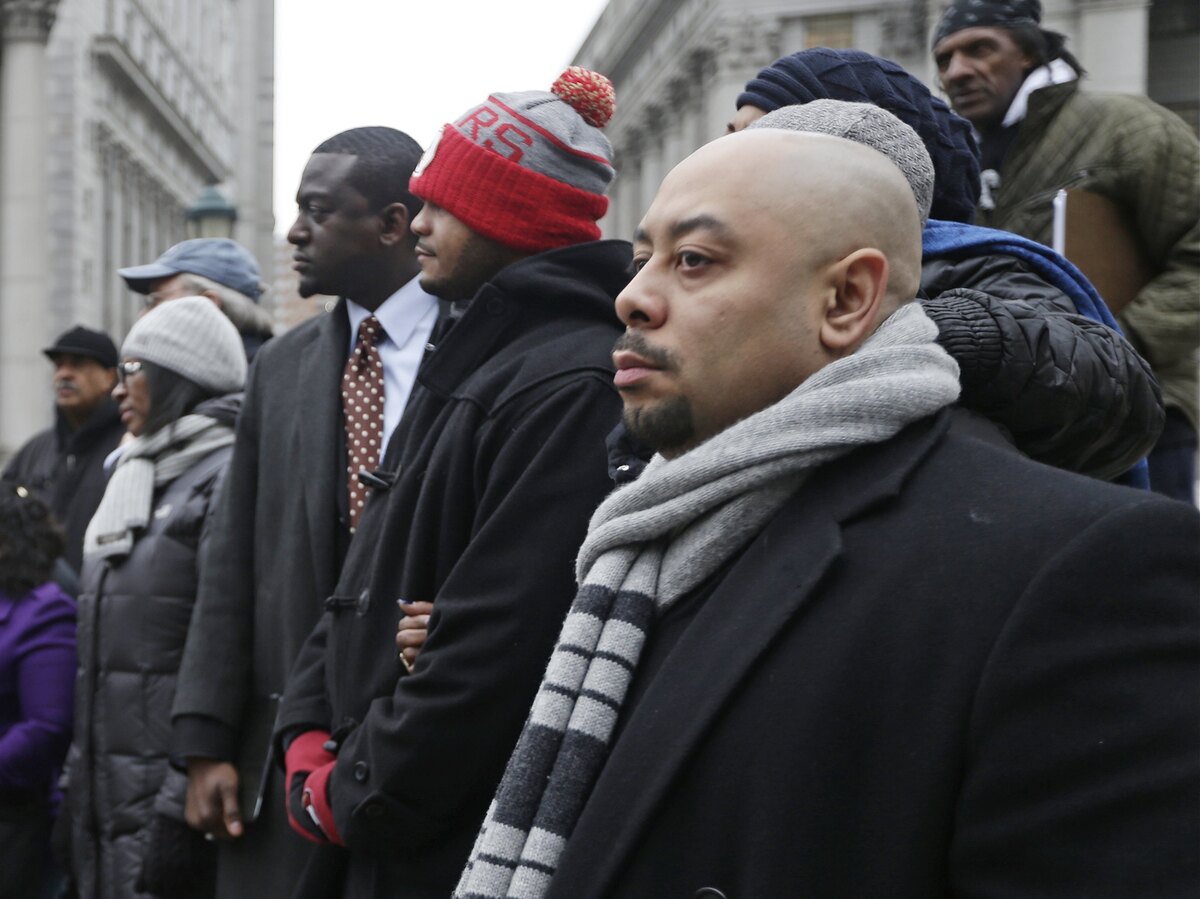 Raymond Santana (right), Kevin Richardson and Yusef Salaamat attend a rally in Foley Square, New York City, in January 2013. The three men were among the "Central Park Five," who were convicted of beating and raping a white woman but have since been exonerated.

New York City has reportedly agreed to pay $40 million to settle with five men who were falsely convicted of the 1989 rape and beating of a jogger in Central Park, a case that drew national attention.

The five black and Hispanic defendants, who became known as "The Central Park Five," were found guilty in 1990 as teenagers for the attack on a white woman. They served from six to 12 years before their convictions were overturned in 2002 when evidence came to light that another, lone perpetrator was responsible.

The jogger, Trisha Meili, who was 28 years old at the time of the assault, was hit in the head with a rock, "nearly ripping her left eye from its socket — and raped and left with skull fractures so severe she was in a coma for six weeks," the News says:

"As the newspapers howled for arrests of the marauding teens and then-mayor Ed Koch called it 'the crime of the century,' real-estate mogul Donald Trump took out ads calling for the return of the death penalty. Trump wanted 'criminals of every age' involved in the Central Park jogger case 'to be afraid.'

"The Central Park Five say they never attacked Meili. They and their lawyers maintain police railroaded them into making incriminating statements against themselves and each other."

The five had originally sought $250 million from the city in a civil lawsuit.

Mayor Michael Bloomberg's administration argued that the city and police acted with probable cause, but Bloomberg's successor, Bill De Blasio, had promised during his campaign last year to "put the divisive issue to rest if elected," the News says.

The Rev. Al Sharpton said in a statement quoted by The Associated Press that the settlement was "a monumental victory" for the men and their families.

"It is also a victory for those in the community that stood with them from day one and believed in their innocence in this case," Sharpton said. "As supporters, we were viciously attacked for standing with them, but we were on the right side of history."

As NPR's Planet Money reported this week, the cost of wrongful convictions can vary from state to state and the federal government has a law setting compensation at $50,000 per year of false imprisonment.