Accessibility links
Dust Clouds Big Bang Signal : The Two-Way A team claiming to have spied the earliest moments of the universe may have actually seen little more than galactic dust. 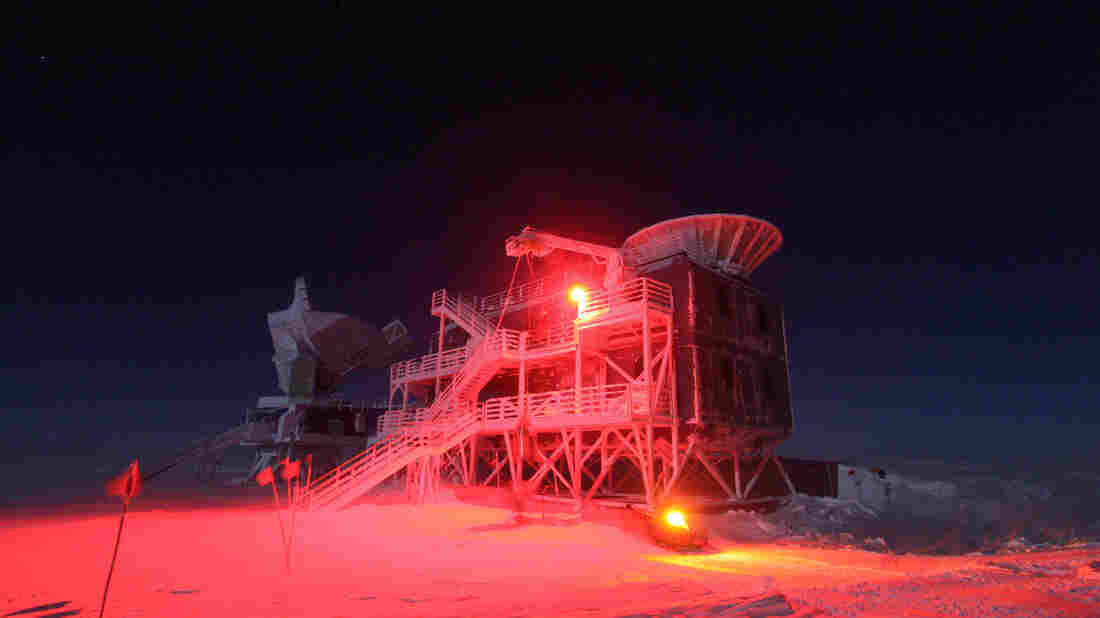 The BICEP2 telescope in Antarctica was looking for ripples from the Big Bang. Robert Schwarz, University of Minnesota hide caption 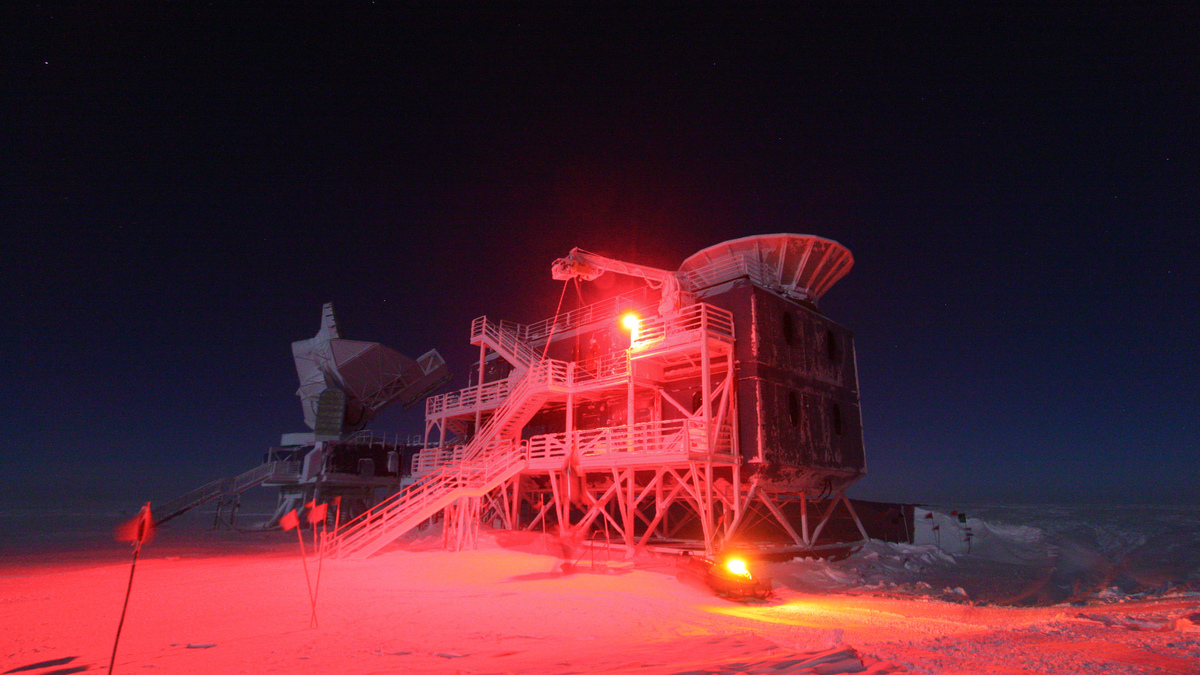 The BICEP2 telescope in Antarctica was looking for ripples from the Big Bang.

In March, a team of physicists announced it had found a signal from the very first moments after the Big Bang. But in a paper published Thursday, the researchers expressed considerably more caution and conceded that they could have actually been detecting little more than interstellar dust.

If dust is the culprit, then what had been billed as a "grand slam" for physics could soon dissolve.

The detection was made by BICEP2, a telescope at the South Pole that looks for tiny variations in the afterglow of the Big Bang (more properly known as the Cosmic Microwave Background). At a news conference on March 17, researchers announced that they had seen a signal in the background that had previously been predicted only by theory.

"We are convinced, on the basis of all of the studies we've done, that the signal is real," said Clem Pryke, a researcher at the University of Minnesota.

The signal was evidence for a period of extremely rapid expansion, just after the Big Bang. Known as "Inflation Theory," it was predicted decades ago by theorists. In a video, Stanford researcher Andre Linde, one of those who predicted Inflation, is seen popping champagne upon learning of the find. The video, by Stanford's public affairs office, has received nearly 3 million views.

But others had doubts and warned that dust from inside the Milky Way galaxy could have created the signal. In a new paper published in Physical Review Letters, the BICEP2 team acknowledges that dust could be behind the false detection.

The BBC reports that Pryke is personally feeling more conservative: "Has my confidence gone down? Yes," he reportedly said at a public lecture Thursday in London.