Accessibility links
Russia Puts Its Troops On 'Full Combat Alert' : The Two-Way The move is seen as another show of force by Russia as tensions with Ukraine continue to mount. It comes after reports of violence spilling over into the Russian-Ukraine border. 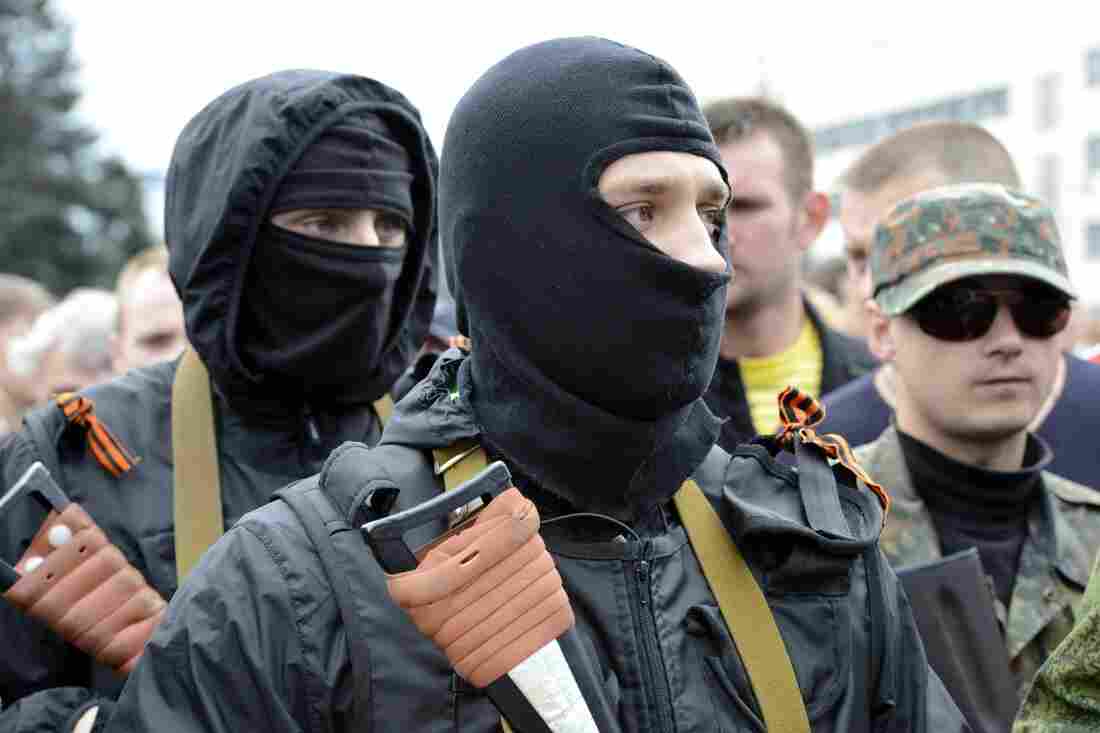 Pro-Russian militants take the military oath of allegiance to the so-called People's Republik of Donetsk during the ceremony in the eastern Ukrainian city of Donetsk on Saturday. Alexander Khudoteply /AFP/Getty Images hide caption 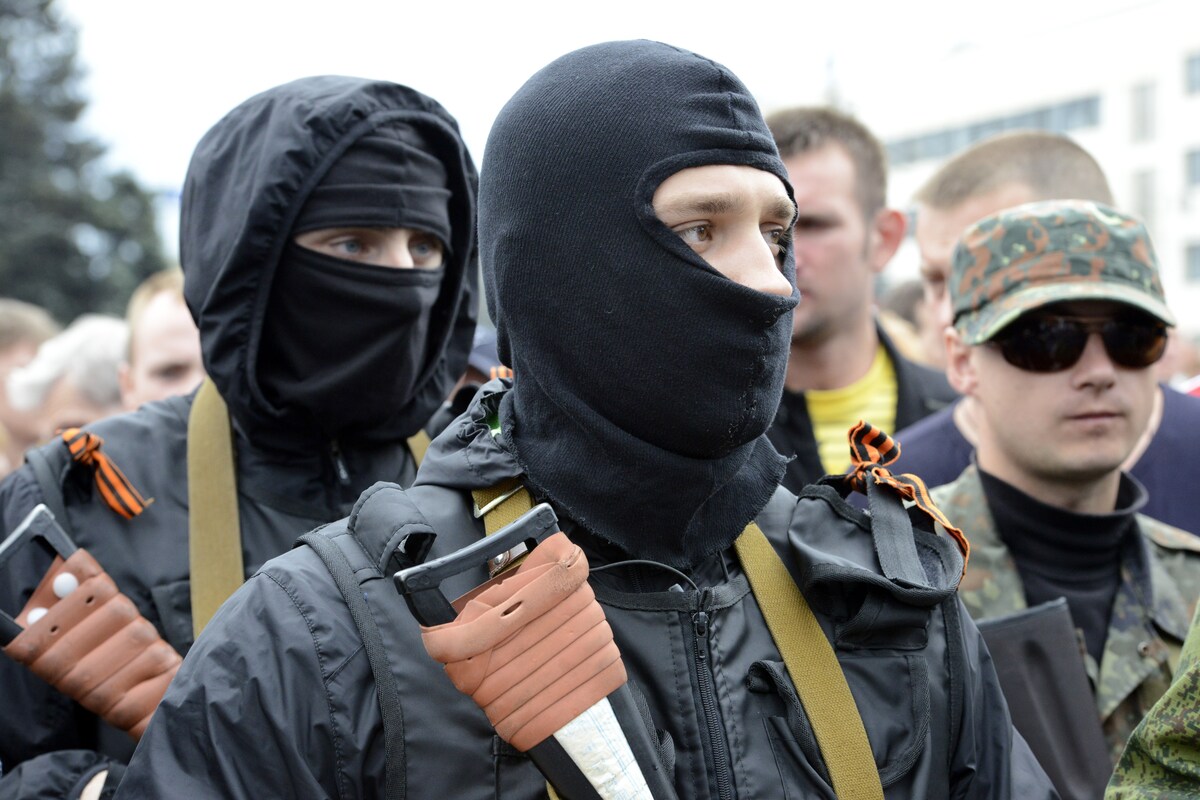 Pro-Russian militants take the military oath of allegiance to the so-called People's Republik of Donetsk during the ceremony in the eastern Ukrainian city of Donetsk on Saturday.

According to the news agency, that means the country will assess the "... troops' time standards and ability to fulfill combat readiness posture tasks. Later on, the troops will be taken to training ranges for exercises."

All of the troops are expected to be back at their bases by July 1.

"While Russia's Central Military District does not border Ukraine, the move will be seen as another show of force as tensions between Moscow and Kiev continue to mount.

"The move comes a day after Petro Poroshenko, the Ukrainian president, announced a seven-day unilateral ceasefire in eastern Ukraine in a bid to implement a peace plan he unveiled earlier this week.

"Mr Poroshenko's peace plan would see early elections, greater autonomy for the east of the country, and an amnesty for rebels 'who have not committed serious crimes'.

"But separatists had no part in formulating the plan, and both the Kremlin and rebel leaders have rejected the deal as an 'ultimatum' rather than a true effort to find dialogue."

The move also comes on the first day after a declared cease-fire. Nonetheless, there were reports of violence along the Russia-Ukraine border.

Reporting from the Izvarino checkpoint, NPR's Corey Flintoff said that checkpoint was desolate, but it obviously had been the site of heavy fighting. There were broken windows and one of the buildings had a roof blown off.

What happened exactly is unclear, but Russians are claiming Ukrainian troops attacked the post while thousands tried to cross into Russia.

Quoting the Ukrainian Border Guard Service, The Associated Press reports six men were injured at that border crossing and that another border crossing, Vyselky, was also attacked.

"Vladimir Putin supports the decision of the President of Ukraine Petro Poroshenko to cease fire in the southeast of Ukraine, as well his stated intentions to take a number of concrete steps to achieve a peaceful settlement," the Kremlin said in a statement, according to Reuters. "However, the Russian head of state drew attention to the fact that the proposed plan without practical actions aimed at the beginning of the negotiation process will not be viable and realistic."