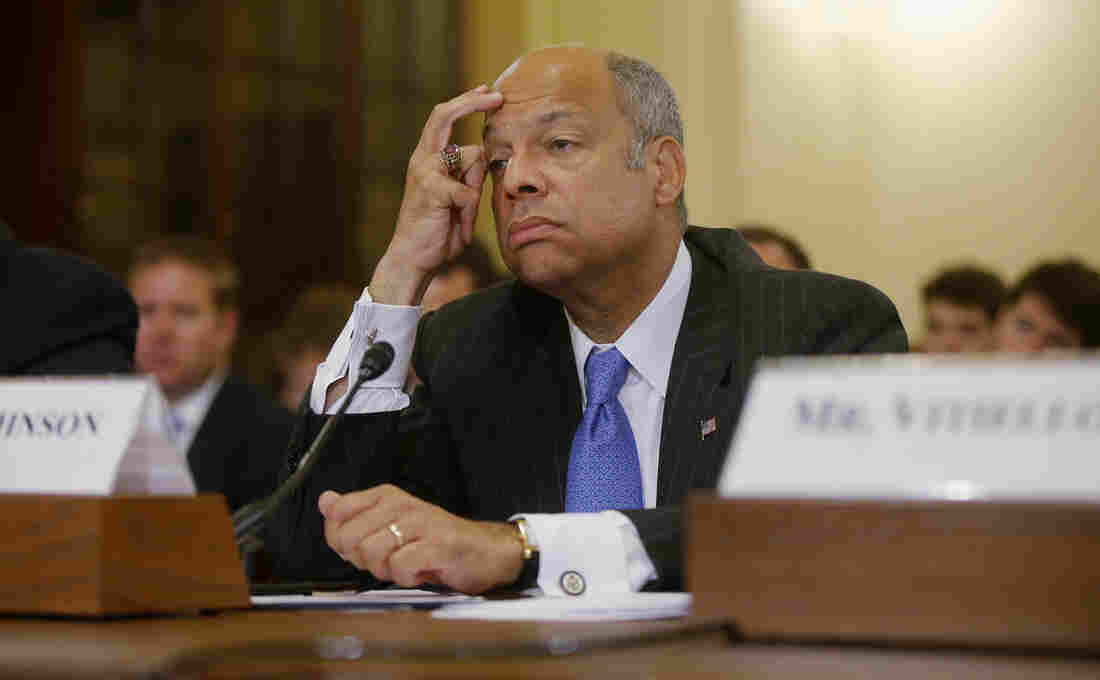 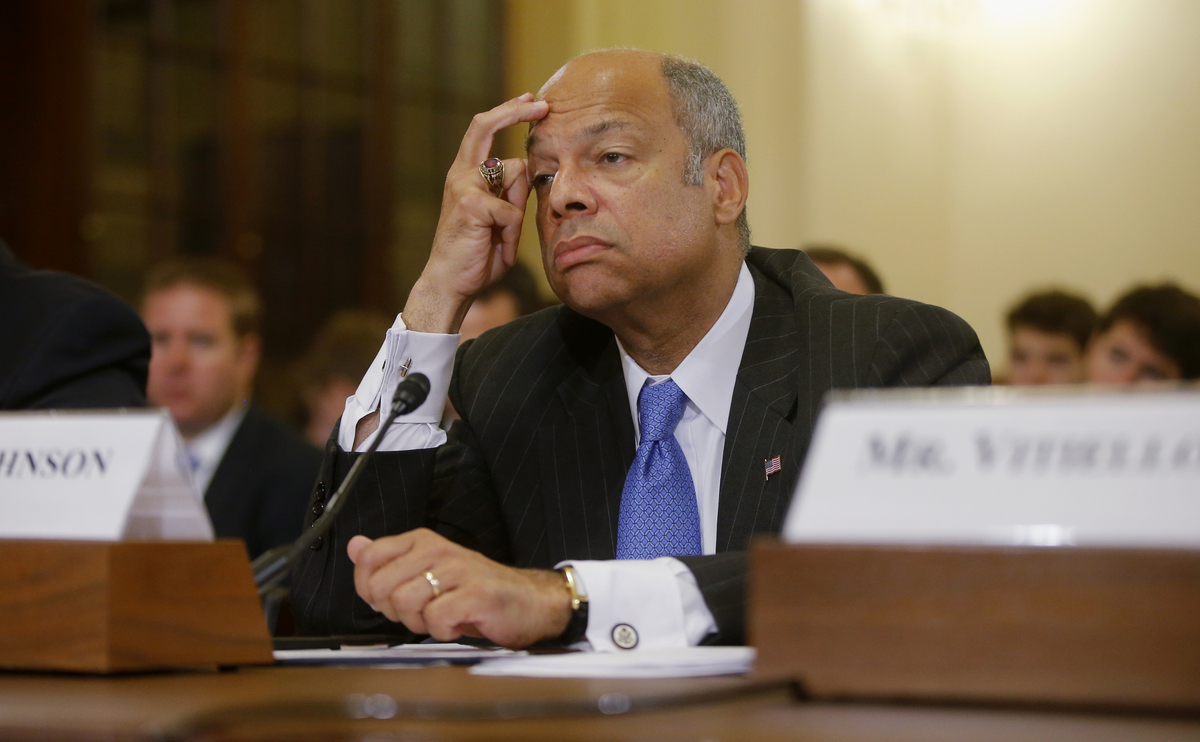 Today, on Capitol Hill, there was a sober debate about the humanitarian crisis developing along the Southern border.

Sure, there were some partisan barbs, but for the most part the hearing by the House Committee on Homeland Security, focused on how the United States understands the exodus of children from Central America.

In his opening statement, Homeland Security Secretary Jeh Johnson described the situation along the border as "urgent," saying that during the last fiscal year, Border Patrol apprehended more than 24,000 unaccompanied children. But by mid-June of this fiscal year, that number had already doubled to more than 52,000.

Johnson said he had traveled to the Rio Grande Valley in Texas four times in his six months in office.

"While there I spent time talking with the children again," he said. "It was a vivid reminder that this is a humanitarian issue as much as it is a matter of border security. We are talking about large numbers of children, without their parents, who have arrived at our border hungry, thirsty, exhausted, scared and vulnerable. How we treat the children, in particular, is a reflection of our laws and our values."

There was much talk about how the United States is trying to stem the tide of migrants, but perhaps the most interesting part of the hearing were the explanations given as to why children were making the dangerous trek through Mexico. There was no consensus. Republicans blamed the Obama administration's messaging, while Democrats blamed messaging by smugglers and the violence sparked by drug cartels in Central America.

Rep. Michael McCaul, the Republican chair from Texas, said: "The tragic fact is these children are making a dangerous journey based on misinformation and the false promise of amnesty."

Johnson agreed to some extent saying he had heard that smuggling groups — which would profit from higher migration rates — had purposely been spreading misinformation, saying the U.S. was offering a free pass to unaccompanied minors who made it past the border. Johnson, however, did not offer any hard evidence — like advertisements, for example — for this assertion.

Ultimately, Johnson concluded, it is the situation in those countries that has driven children out.

"I'm convinced that the principle reason — from everything I've heard, everything I've seen and from my own conversations with these kids — ... is the push factor from the countries they're leaving," Johnson said. "The conditions in Honduras, for example, are horrible."

Rep. Candice Miller, a Republican from Michigan, said those claims are "simply not true." She said Central American countries have had a long history of "bad economies and violence."

"I think that this humanitarian crisis can be laid directly at the feet of President Obama, as the result of his [Deferred Action for Childhood Arrivals] policy in 2012," Miller said, adding that the U.S. should cut financial assistance to Central America and Mexico and make them deal with the problem.

Rep. Loretta Sanchez, a Democrat from California, countered by saying the U.S. has to look in the mirror. The reality, she said, is that this violence is driven by the drug war and the United States is the No. 1 consumer of drugs.

"Where are we?" Sanchez asked. "Why haven't we done something about this demand for drugs? It's a supply and demand issue. Americans are putting cash on the barrel head to get these drugs."

Perhaps the most instructive exchange came between Johnson and Rep. Peter King, a Republican from New York. King asked Johnson if the situation — in terms of economy and violence — in Honduras, for example, had gotten worst.

"I know it's been bad for a while," Johnson said. "If you're asking me to explain why the influx over these last couple of months all of a sudden... I'm not sure I have the answer to that question."