Accessibility links
Living Up To His Past, Suarez Apparently Bites Italian Opponent : The Two-Way Uruguay's win against Italy was overshadowed by a bite. Once again, Luis Suarez courted controversy at a World Cup Game.

Living Up To His Past, Suarez Apparently Bites Italian Opponent

Living Up To His Past, Suarez Apparently Bites Italian Opponent 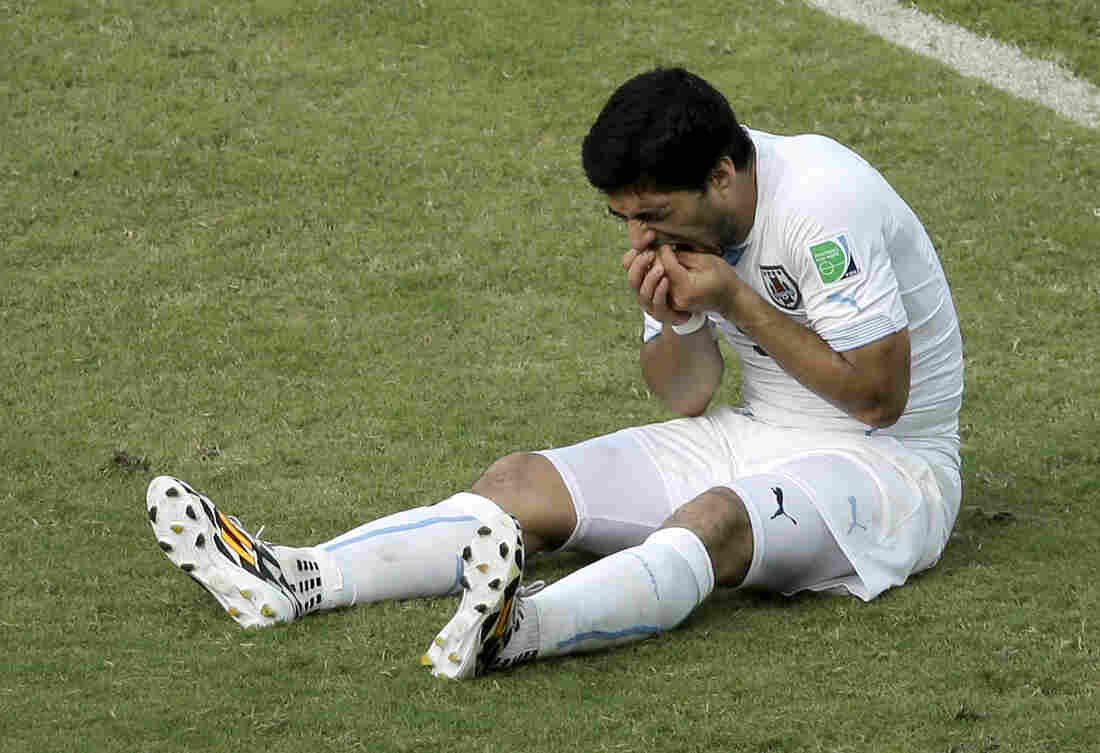 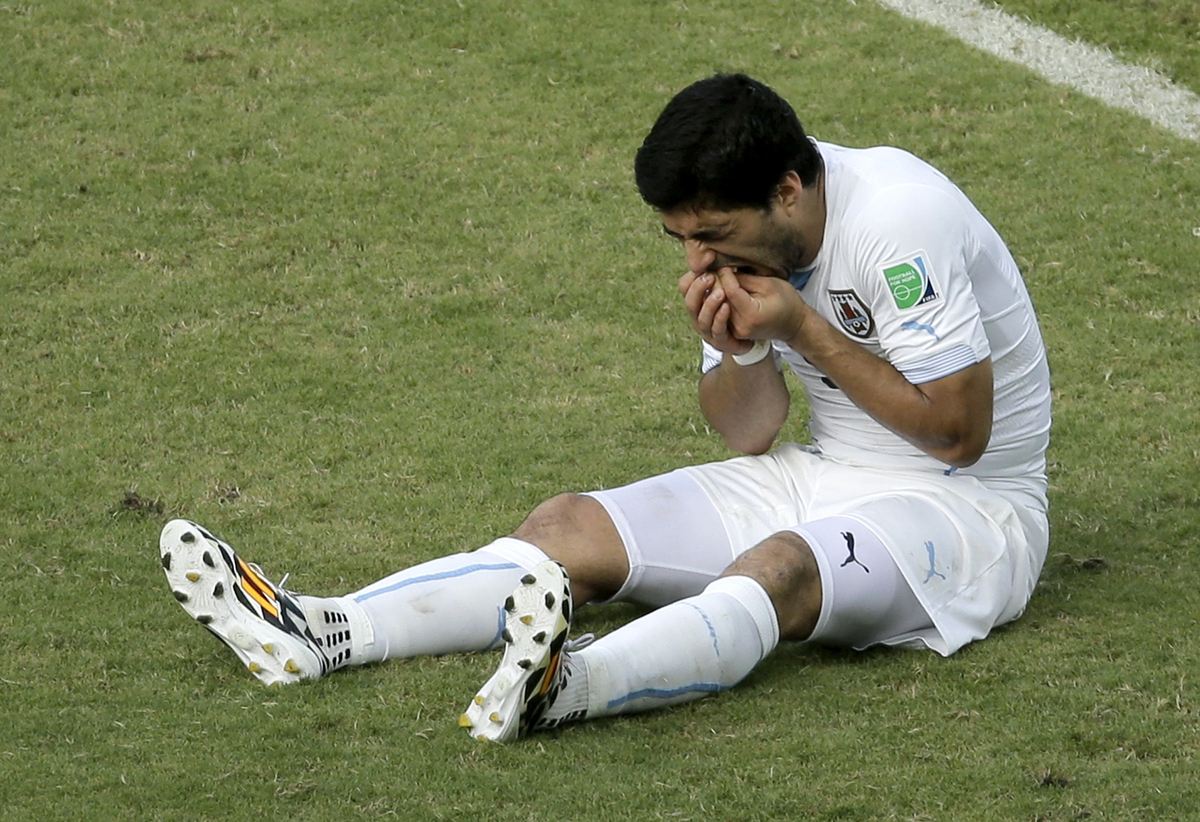 Uruguay's Luis Suarez sits on the pitch after apparently biting Italy's Giorgio Chiellini during a World Cup soccer match in Brazil on Tuesday.

In some ways, we should have seen it coming. By the time Uruguay's Luis Suarez apparently took a bite out of Italian defender Giorgio Chiellini in Tuesday's match, the ref had already handed out a red card and three yellows.

Chiellini dropped to the ground, writhing, pulling his shirt off his shoulder. And Suarez dropped too, grabbing at his teeth, like they'd been attacked by Chiellini's shoulder. The ref paid no mind, and eventually both men continued their trot across the World Cup stage like nothing happened.

There was also this:

Time for this beauty again pic.twitter.com/alPzGPFhpX

The Los Angeles Times collected plenty of other funny tweets. But what this bite reminded us is just how complex a character Suarez is. Here are three things that may make you like him, yet hate him:

-- In 2010, Suarez left the World Cup after yet another controversial play. To stop what would have been a game-winning goal by Ghana, Suarez used his hand. Ghana missed the penalty kick; Suarez missed the next game; and the world debated whether the handball was cheating or just amazing strategy and quick thinking that gave Uruguay another shot at remaining in the Cup.

-- In 2011, Suarez, a striker for Liverpool, was banned for eight matches and fined 40,000 pounds after he spewed racial epithets on the field against Patrice Evra of Manchester United.

-- After reading through many articles that painted a portrait of Suarez as a "cheat and a lunatic," Wright Thompson of ESPN set out to find the real Suarez.

"If someone breathes on him near the goal, he falls down like he's been knifed. He has bitten an opponent. Twice. And, back in his childhood in Uruguay, there's an oft-reported incident that serves as explanation, or maybe proof, that he is, in fact, batshit crazy. When Suarez was 15, overcome with anger, he headbutted a referee and received a red card in a youth match, making the man's nose bleed 'like a cow,' as a witness said."

Thompson was never actually able to find out if that head-butting story was true. But what he found was that Suarez fell in love at 15, and in 2003 that girl moved to Europe. Suarez, who grew up dirt poor, figured that the only way he could join Sofia Balbi in Europe was to play world-class soccer and land a place on a European team.

Despite the odds, it worked. In 2006, Suarez started playing for a Dutch team, and he married Balbi in 2009.

Now, Thompson says, Suarez seems to play soccer as if he were still that 9-year-old kid in the shadow of a bus station in Montevideo.

He's still that kid, Thompson says, who plays like he's "terrified of this new life he's built being ripped away." He plays like "someone who's very existence is being threatened."