Accessibility links
Report Points To 'Dangerous Militarization' Of U.S. Law Enforcement : The Two-Way The American Civil Liberties Union studied 800 deployments of SWAT teams in 20 locales across the country and found most were for drug searches. 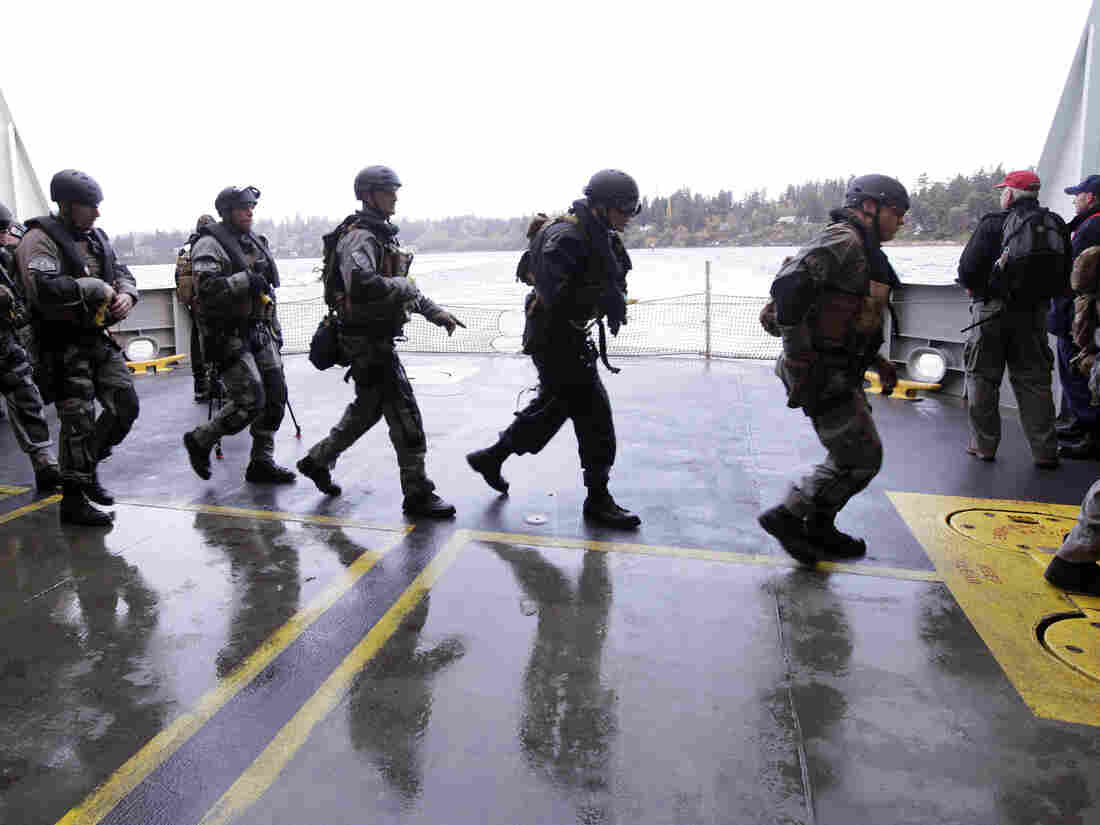 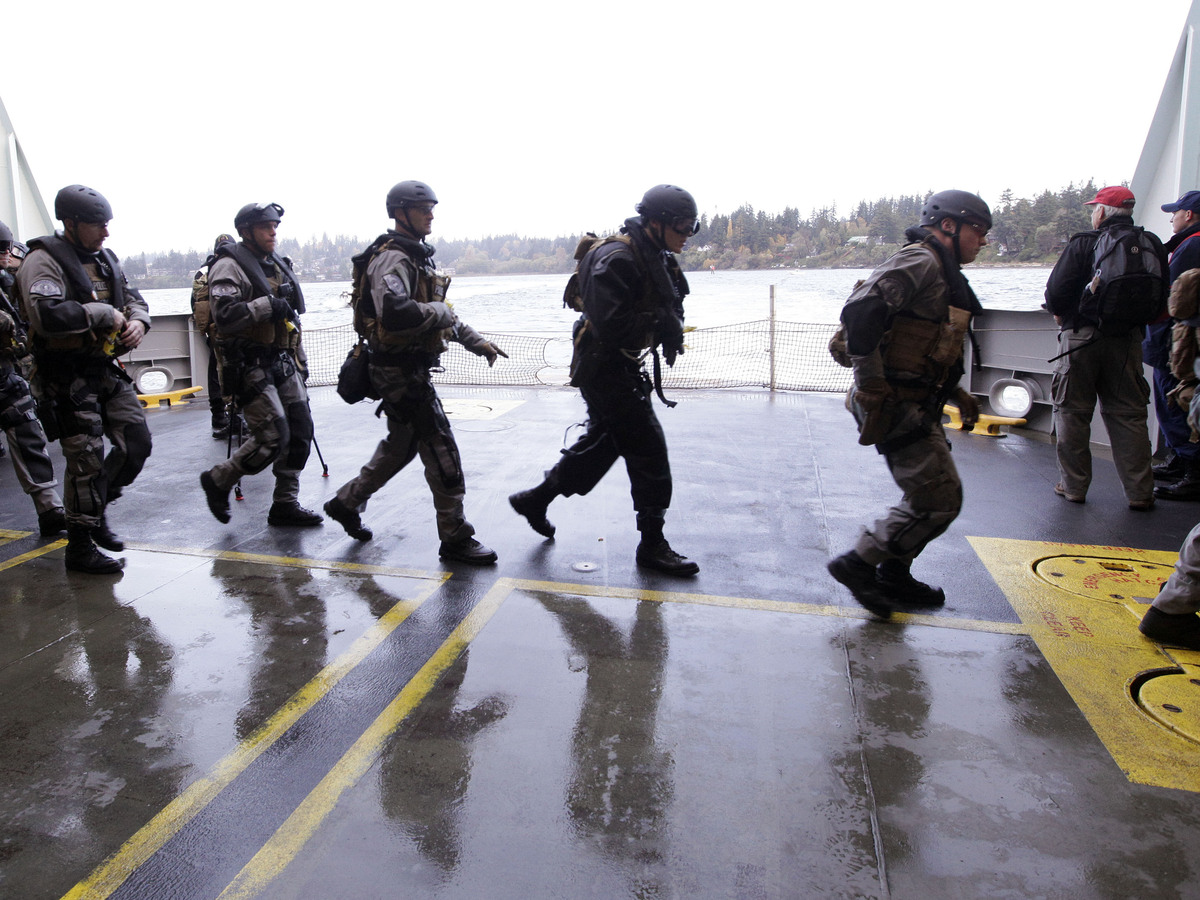 During a drill, SWAT team members prepare to secure a ship in Bainbridge Island, Wash.

U.S. law enforcement at all levels has undergone a dangerous militarization in recent years, with heavily armed SWAT teams being deployed to serve warrants and for drug searches, but rarely for the hostage situations they were designed for, the American Civil Liberties Union says in a new report.

In "War Comes Home: The Excessive Militarization of American Policing," the ACLU says its investigation corroborates the unnecessary use of a proliferation of Special Weapons and Tactics teams made possible by federal programs that incentivize aggressive weapons and battlefield tactics at the local level.

"Using these federal funds, state and local law enforcement agencies have amassed military arsenals purportedly to wage the failed War on Drugs, the battlegrounds of which have disproportionately been in communities of color. But these arsenals are by no means free of cost for communities," says Kara Dansky, senior counsel with the ACLU's Center for Justice.

The ACLU's report highlights a number of cases where it says the use of SWAT teams led to unnecessary deaths and injuries, and echoes in some ways a much earlier report (in 2006) put out by the libertarian Cato Institute that showed much the same trend.

A few of the incidents highlighted in the report:

-- "In 2010, 7-year-old Aiyana Stanley-Jones was killed when, just after midnight, a SWAT team threw a flashbang grenade through the window into the living room where she was asleep. The flashbang burned her blanket and a member of the SWAT team burst into the house, firing a single shot, which killed her."

-- Jose Guerena, a 26-year-old Iraq War veteran, whose wife heard a noise that turned out to be a SWAT team. Guerena "picked up his rifle, with the safety on, and went to investigate. A SWAT team fired 71 shots at Guerena, 22 of which entered his body and killed him."

Among the ACLU's findings:

-- 62 percent of SWAT raids were for the purpose of conducting drug searches.

-- Just 7 percent of SWAT raids were "for hostages, barricade, or active shooter scenarios."

-- Armored personnel vehicles that local law enforcement agencies have received through grants from the Department of Homeland Security are most commonly used for drug raids and not school shootings and terrorist situations.

-- In cases in which police cited the possible presence of a weapon in the home as a reason for utilizing a SWAT team, weapons were found only 35 percent of the time.