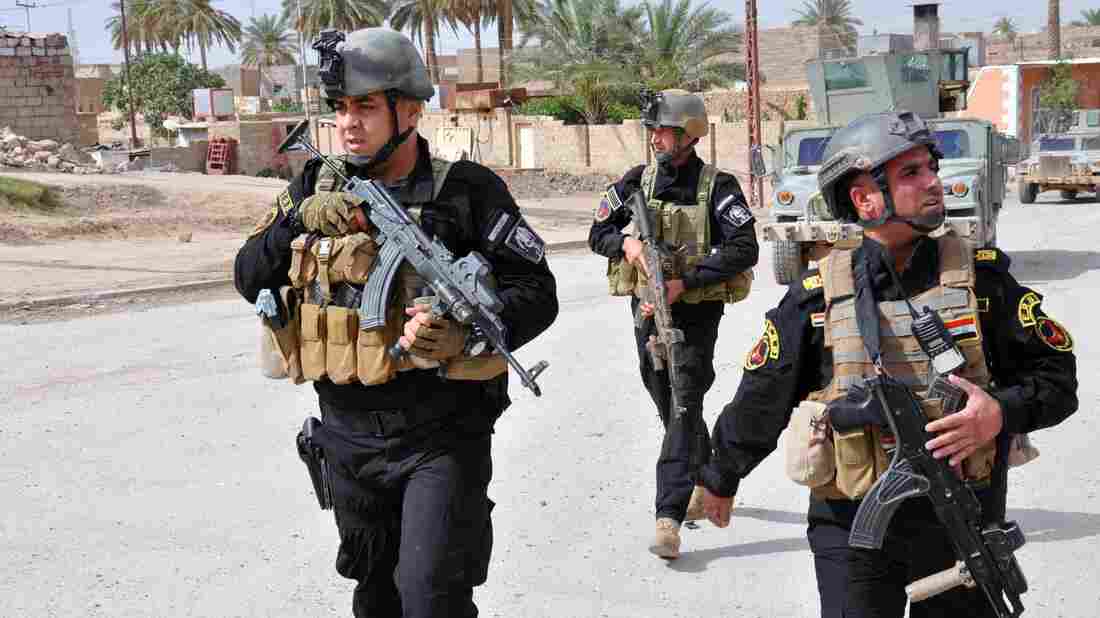 Iraqi members of the Emergency Response Brigade patrol streets in the western city of Ramadi in Anbar province, where government forces are fighting extremist militants, including a force from the Islamic State of Iraq and Syria. -/AFP/Getty Images hide caption 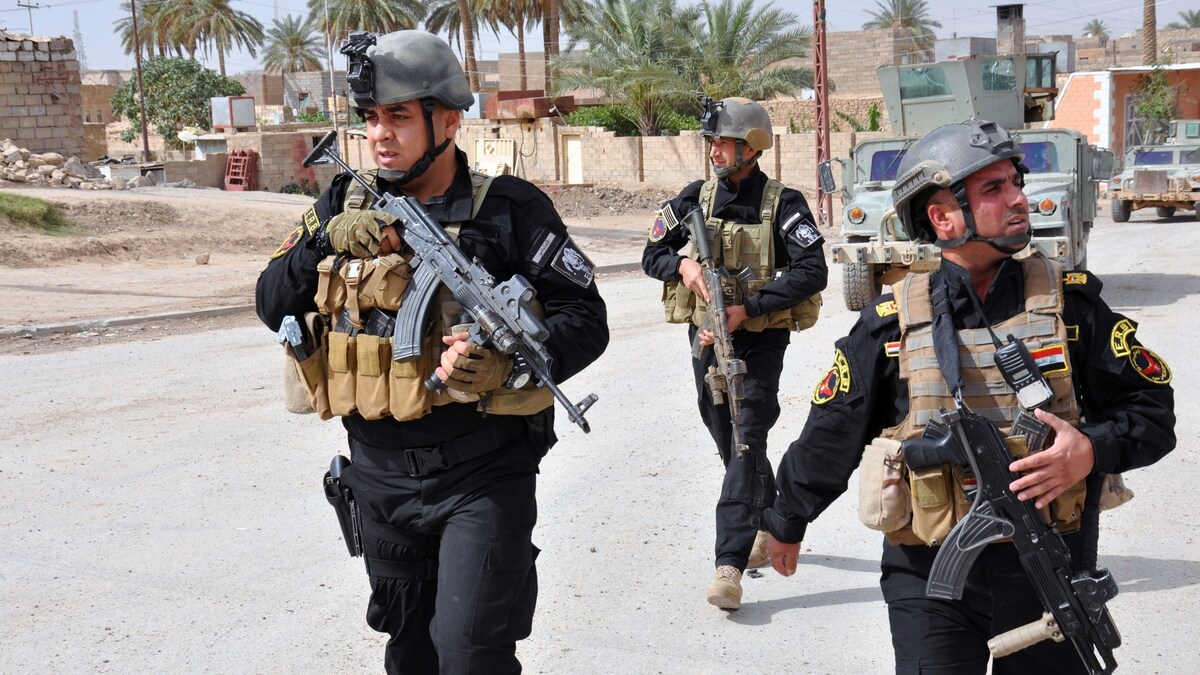 Iraqi members of the Emergency Response Brigade patrol streets in the western city of Ramadi in Anbar province, where government forces are fighting extremist militants, including a force from the Islamic State of Iraq and Syria.

U.S. military advisers have arrived in Iraq to help coordinate the Shiite-led government's push against the advance of extremist Sunni militants. The ISIS force has also reportedly been attacked by Syrian warplanes flying in Iraq.

From Baghdad, NPR's Alice Fordham reports for our Newscast unit:

"Security sources say Sunni fighters led by the extremists known as ISIS have moved into the key western city of Ramadi. They are fighting against the Iraqi army, who have support from some tribal fighters, and have reportedly killed at least one senior commander.

"The militants have controlled parts of western Iraq — including the city of Fallujah — for six months, but have made significant gains in the last two weeks. The militants also fired mortars on an airbase north of Baghdad overnight. American military advisers have arrived in Iraq, where they will coordinate on strategy with Iraqi military leaders, and American surveillance flights have stepped up."

The airbase that came under attack is a huge installation that was called Camp Anaconda during the U.S. occupation, Reuters says.

According to a BBC report that cites an interview with the Sunni fighters, the insurgents say Baghdad will fall "in less than one month." The network says it spoke to two anonymous fighters who said they are determined to reach the capital "very soon."

In western Iraq, the ISIS force — the name stands for Islamic State in Iraq and Syria — was reportedly attacked by fighter jets that had crossed Iraq's border with Syria yesterday.

"At least 57 Iraqi civilians were killed and more than 120 others were wounded by what local officials say were Syrian warplanes that struck several parts of Anbar province Tuesday," CNN reports.

In Baghdad, Iraq's Shiite Prime Minister Nouri al-Maliki has been widely criticized for not installing a government that promotes political unity, a change sought by Secretary of State John Kerry during his visit to Iraq this week.

"The prime minister lashed out, calling any attempts to form a unity government a coup against the constitution and Iraq's democracy. The U.S. has pushed for a more inclusive government, one that represents all religious and ethnic groups. Iraqi politicians widely blame Maliki for failing to reach past his Shiite Muslim political base.

"Maliki's party won a majority of votes in the recent election, and he was set for a third term. A militant sweep through northern and western Iraq, with support from marginalized Sunni Arabs, has changed the political calculations in the country. But Maliki made clear he is not stepping aside without a fight, deepening the crisis."