Accessibility links
Report Questions U.S. Policy On Overseas Drone Strikes : The Two-Way The Stimson Center concludes that targeted killing operations may have protected Americans at home, but come at a heavy price abroad. 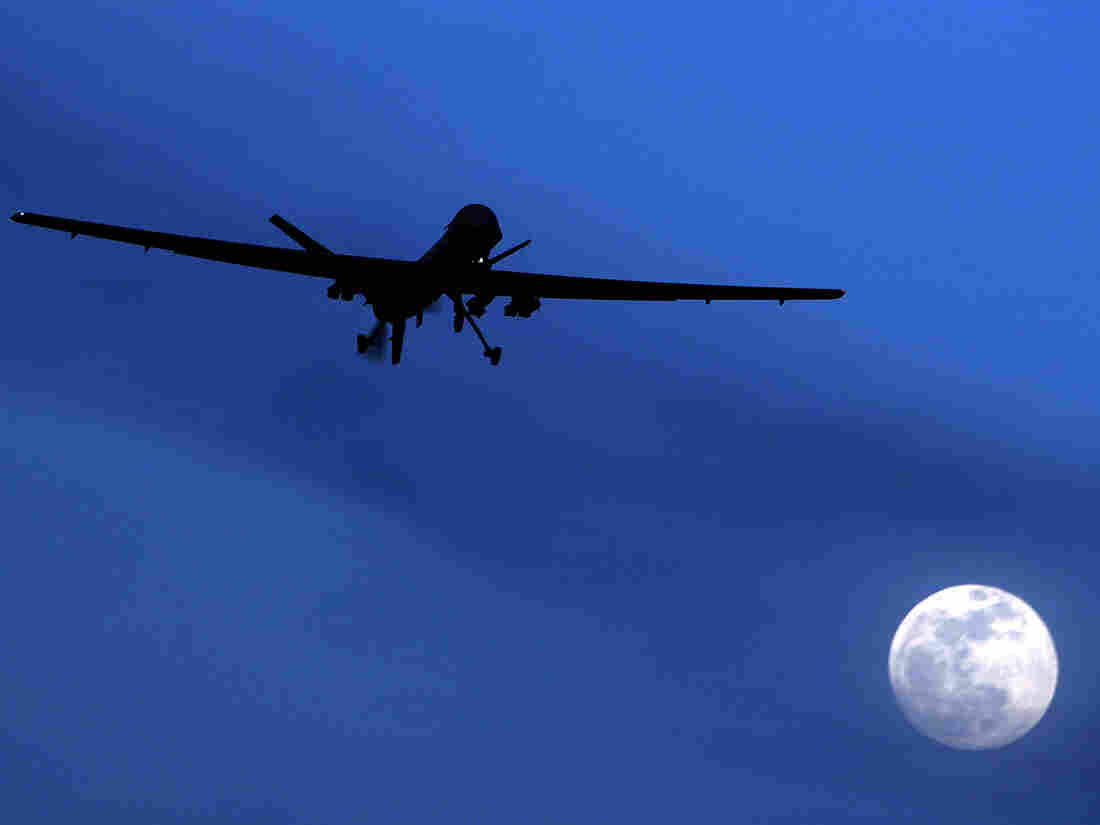 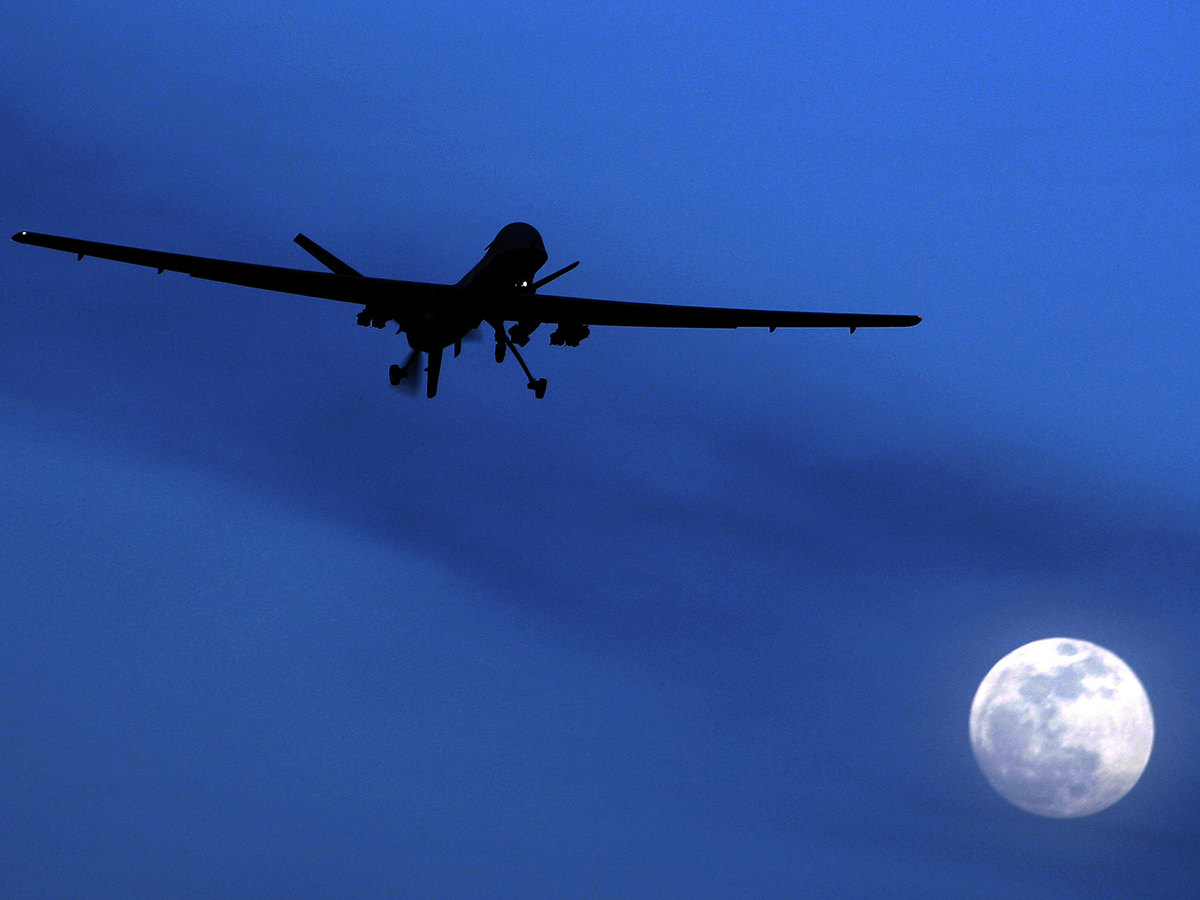 U.S. strategy that relies on armed drones to kill terrorism suspects overseas "rests on questionable assumptions and risks increasing instability and escalating costs," according to a year-long study by a group of prominent military, intelligence and foreign policy experts.

The report, released early Thursday by the Stimson Center, concludes that while targeted killing operations might have protected Americans at home, they come at a heavy price abroad: Extremist groups have only grown in influence overseas and "blow back" over civilian casualties is becoming "a potent recruiting tool for terrorist organizations," in places like Yemen and Pakistan.

"You can have all these tactical successes, where you end up with a lot of dead bad guys, but then you just see the problem proliferating elsewhere because the roots are political and sometimes killing people one by one can ... make things worse rather than better," Georgetown law professor Rosa Brooks tells NPR in an interview.

The Task Force on U.S. Drone Policy, led by Brooks and John Abizaid, a retired U.S. Army general and former chief of U.S. Central Command, also urges the Obama administration to be more transparent by releasing information about the number and location of the attacks and the number of people they've killed, including civilians.

"The United States should not conduct a long-term killing program based on secret rationales," the report says.

The new Stimson report comes three days after a federal appeals court in New York released parts of the U.S. legal justification for targeting radical Yemeni-American cleric Anwar al Awlaki in September 2011. The American Civil Liberties Union and the Center for Constitutional Rights, among others, are continuing to challenge the Department of Justice in court to obtain more secret documents about casualties from drone strikes and the legal rationale for carrying them out.

Task force members also want the White House to do more to promote accountability for drone attacks, by creating a nonpartisan, independent commission to review drone policy and examine past lethal strikes for possible mistakes. Administration officials say they've developed sufficient checks and balances within the executive branch, without going to court for pre-approval. But the targeted killing of people without charge or trial makes many advocates uneasy about leaving so much power in the hands of a small group of government aides.

"While our military and intelligence communities have grown increasingly adept, both at identifying and confirming the identities of al Qaeda affiliates and at precise and careful targeting, the criteria used to determine who might be considered targetable remain unknown to the public," the Stimson report says.

The group largely rejects fears that drones amount to "remote control killings" and points out that armed drones amount to a tiny fraction of the Pentagon's arsenal. But the report says the U.S. needs to take more initiative in limiting and explaining its own actions so other nations that begin to stockpile drones follow suit.

Brooks says the task force wondered how American authorities would feel if foreign adversaries deployed drones to strike against their enemies and then refused to share any evidence about the episodes, as the U.S. has done.

"We thought, gosh, what if [Russian President] Vladimir Putin decided to start using drones to take out critical journalists in eastern Ukraine, for instance, and then said to us, 'no, no, no they were terrorists, and I can't give you the evidence, that's classified, I'm sure you'll understand,'" Brooks says. "I don't think we would like that very much."

The precedent is all the more important because drones are here to stay, the report says.