Accessibility links
Hong Kong Pro-Democracy Poll Garners More Than 780,000 Votes : The Two-Way The unofficial referendum was branded as illegal by local and mainland Chinese officials. The referendum called for Hong Kong to be able to democratically elect its leaders. 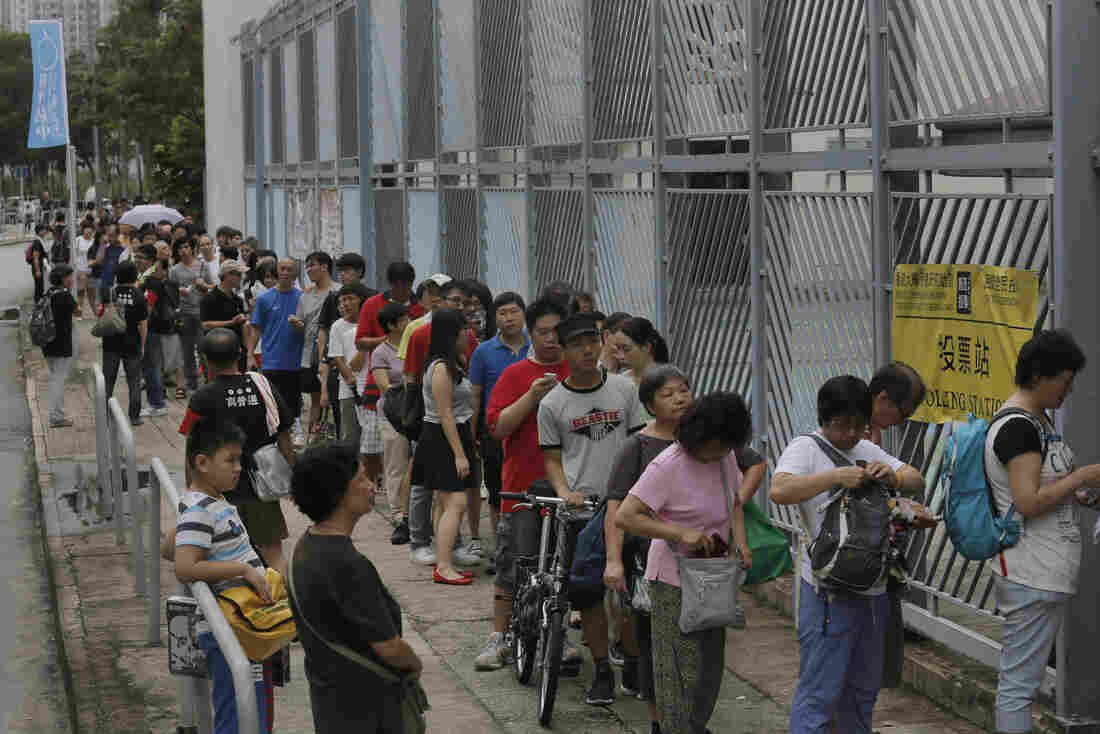 People queue at a polling center to vote in an unofficial referendum on democratic reform in Hong Kong on Sunday, June 22, 2014. Vincent Yu/AP hide caption 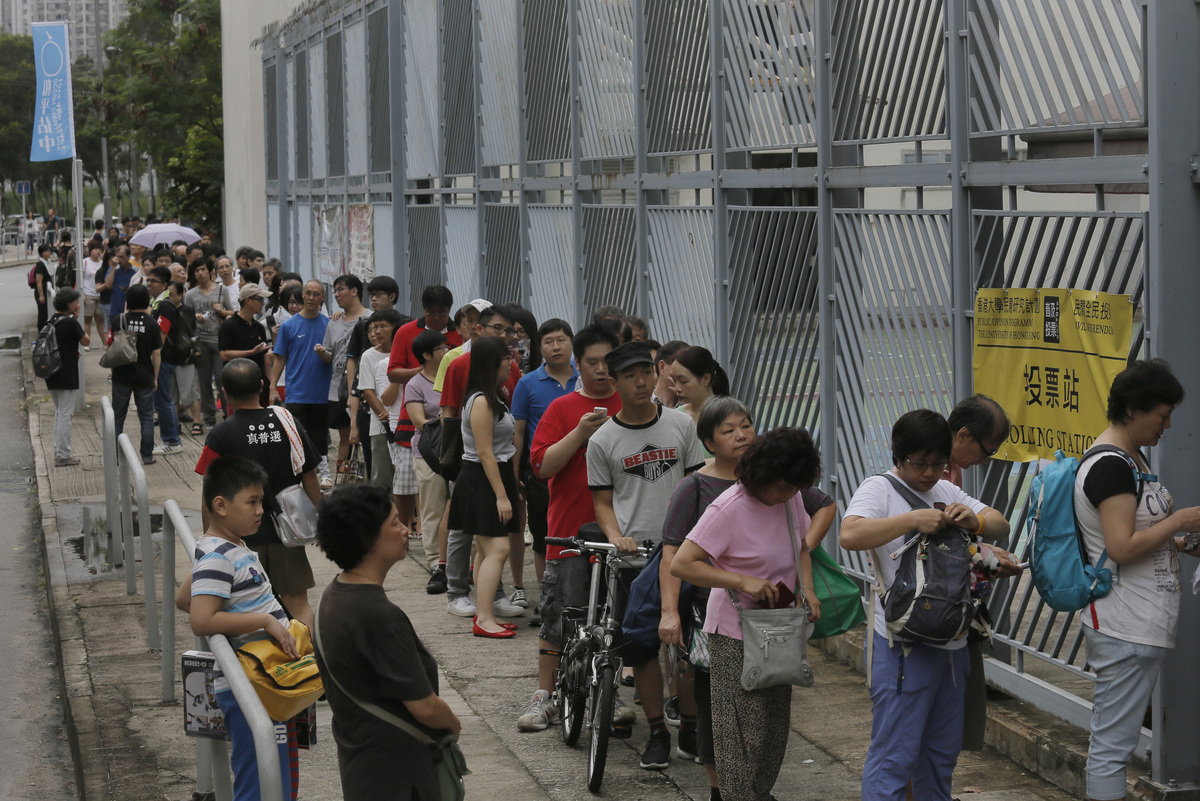 People queue at a polling center to vote in an unofficial referendum on democratic reform in Hong Kong on Sunday, June 22, 2014.

An unofficial referendum demanding democratic reforms in Hong Kong has garnered more than 780,000 votes over the course of 10 days.

As Reuters reports, the referendum was "branded illegal by local and mainland Chinese authorities." The wire service explains:

"Hong Kong, a free-wheeling, capitalist hub of more than seven million people, returned to Chinese rule in 1997 with wide-ranging autonomy under a 'one country, two systems' formula, along with an undated promise of universal suffrage.

"While Beijing says Hong Kong can go ahead with a vote in 2017 for the city's top leader, Hong Kong's mini-constitution, the Basic Law, specifies that only a nominating committee can pick leadership candidates."

The poll, which was commissioned by the protest movement Occupy Central, comes just a few days before July 1, which marks the 17th anniversary of Chinese rule over Hong Kong.

The Wall Street Journal reports that the date is usually marked by protests and organizers are expecting a big showing based on the number of people who voted in the poll.

"The high turnout—more than doubled of the expected 300,000—came despite various resistance. The online voting website was repeatedly hit by major and sophisticated cyberattacks, according to the website security firm CloudFlare. Days after the poll started, the Global Times, a tabloid run by the party's official People's Daily newspaper, published an editorial criticizing the referendum, saying it would 'ridiculous' to let the 'illegal' poll decide Hong Kong's fate.

"Earlier this month, Beijing stressed in a white paper that the former British colony only has 'the power to run local affairs as authorized by the central leadership.'"

As we've reported, anger has been growing for a while in Hong Kong. Scott reported that Hong Kong's new leader, Leung Chun-ying, gave his inaugural speech in Mandarin, "the official language of China's Communist rulers and not spoken by most locals."

In June, more than 100,000 people marched on the streets to protest China's bloody crackdown on pro-democracy activists in Beijing's Tiananmen Square.