Accessibility links
Ukraine's President Ends Ceasefire, Vows To 'Free Our Lands' : The Two-Way The truce lasted for 10 days, even though Ukrainian authorities said the ceasefire had been violated many times by pro-Russian separatists and 27 Ukrainian troops had been killed. 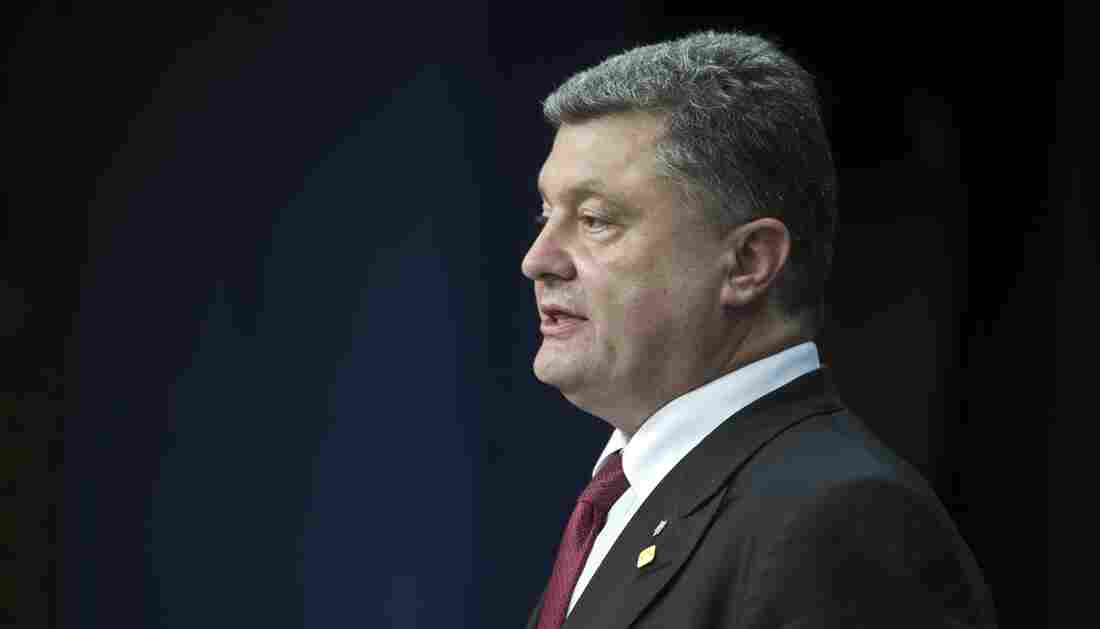 Ukrainian President Petro Poroshenko speaks during a media conference after a signing ceremony at an EU summit in Brussels on June 27, 2014. Michel Euler/AP hide caption 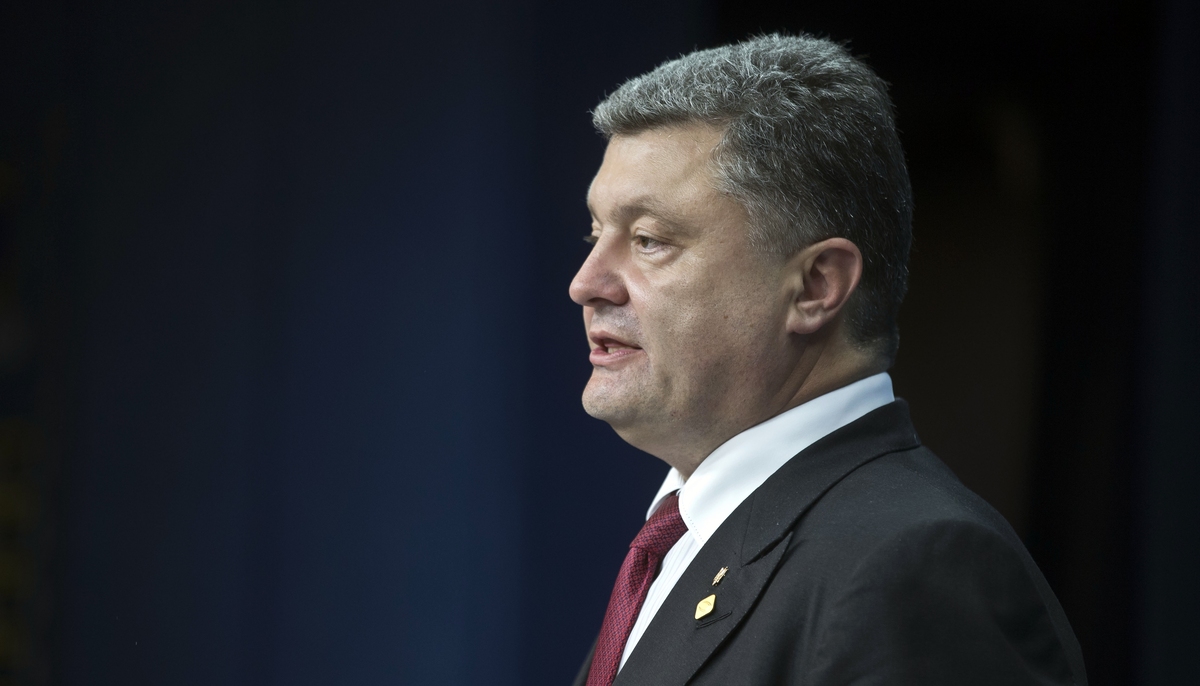 Ukrainian President Petro Poroshenko speaks during a media conference after a signing ceremony at an EU summit in Brussels on June 27, 2014.

Ukraine's President Petro Poroshenko decided to end a 10-day-old ceasefire on Monday, vowing to launch an attack against pro-Russian separatists.

The Kyiv Post reports Poroshenko made the announcement during a televised address.

"We will attack and we will liberate our land," Poroshenko said according to the Post. "The end of the ceasefire is our response to terrorists, rebels, looters, all those who mock the civilians who paralyze the economy of the region; who rip the payment of salaries, pensions, stipends; who undermine the railroads, destroy water pipes, those who deprive a normal peaceful life."

NPR's Corey Flintoff tells our Newscast unit that before Poroshenko made the announcement, he talked with the leaders of France, Germany and Russia to try to work out a truce.

"Part of that effort would include strengthening Ukraine's borders so that fighters and weapons from Russia can't reach militants in eastern Ukraine.

"Russian President Vladimir Putin has reportedly agreed to allow the Organization for Security and Cooperation in Europe to monitor the borders. Putin and Ukrainian President Petro Poroshenko have also agreed to convene a third round of consultations between Kiev and the separatists as soon as possible."

NBC News reports that during the phone call Putin "stressed the need to extend the ceasefire," but Ukraine accused Russia of "supporting the insurgency by providing troops and weapons across the border."