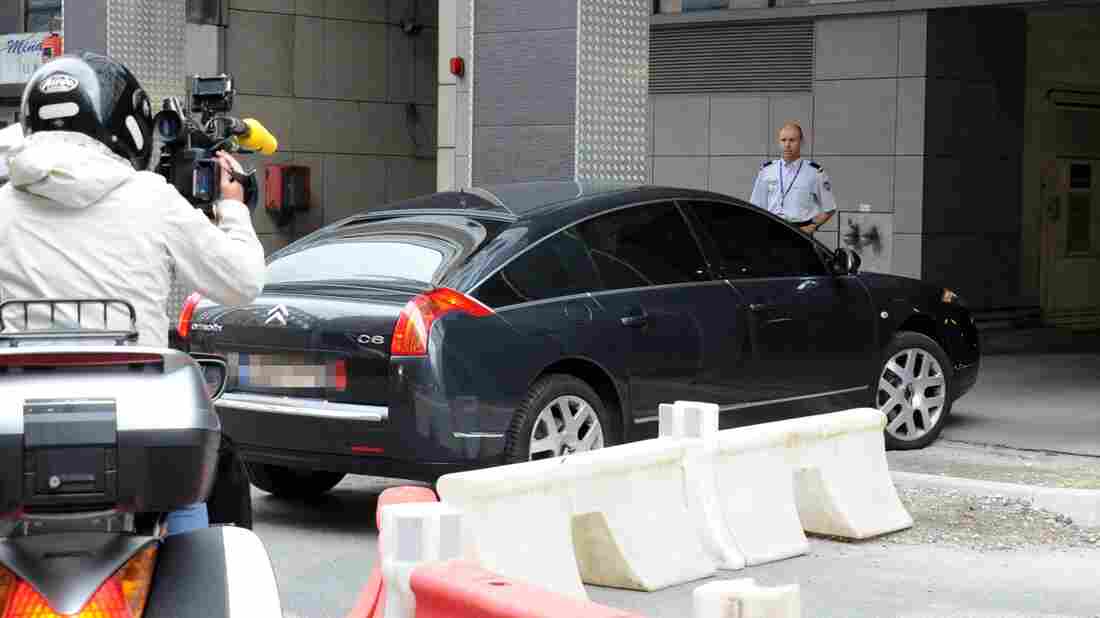 Former French President Nicolas Sarkozy turned himself in to the anti-corruption office of the French police (Oclciff) in Nanterre, near Paris, Tuesday. Sarkozy is being detained for questioning in a widening corruption probe. Dominique Faget/AFP/Getty Images hide caption 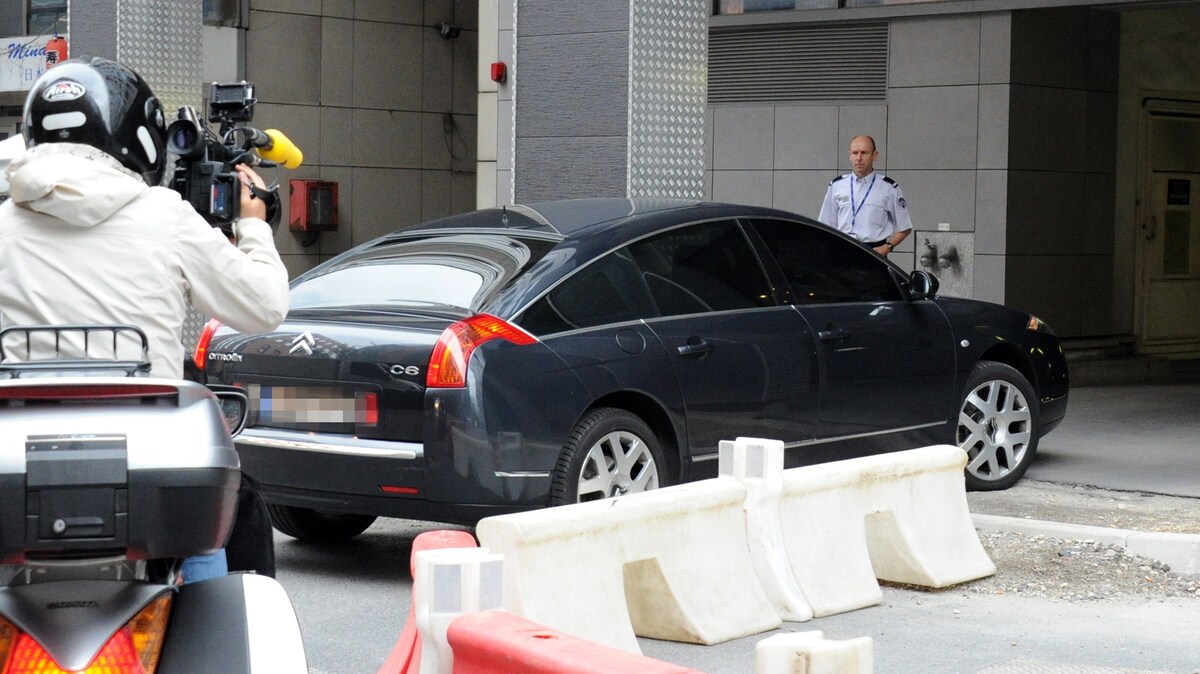 Former French President Nicolas Sarkozy turned himself in to the anti-corruption office of the French police (Oclciff) in Nanterre, near Paris, Tuesday. Sarkozy is being detained for questioning in a widening corruption probe.

Just two years after leaving the presidency, former French leader Nicolas Sarkozy turned himself in to police this morning as part of an inquiry into a cover-up of suspected illegal campaign fundraising. Sarkozy, 59, is reportedly France's first former president to be taken into formal custody.

"Sarkozy is being questioned over his behavior during a probe of possible illegal financing for his 2007 campaign from France's richest woman, L'Oreal heiress Liliane Bettencourt.

"The case centers around whether Sarkozy and his lawyer were kept informed of insider information on the investigation by a friendly magistrate — who was in return promised a prominent position in Monaco.

"Sarkozy has made strong hints of a comeback bid in the 2017 presidential election, but his hopes would be dealt a heavy blow if he's charged in this case.

"He can be held for questioning for a first period of up to 24 hours, with a possible extension of another day before being charged or be released."

The campaign finance allegations against Sarkozy also include the suspicion that he accepted millions of dollars from late Libyan dictator Moammar Gadhafi — and that he and his attorney, Thierry Herzog, were warned about the allegations.

"Sarkozy has denied the claims that he received up to 50 million euros ($70 million at the time) from Gadhafi," France 24 reports.

The news agency adds that last year, a judge approved a request to tap Sarkozy's phones — an operation that helped reveal "Sarkozy had a secret phone registered under an assumed name. It was conversations with Herzog recorded on that device that triggered the investigation."