Accessibility links
Thousands Rally In Hong Kong To Call For Democratic Vote : The Two-Way Activists are threatening to blockade the city's financial district unless China allows a free and fair vote to elect Hong Kong's leader. 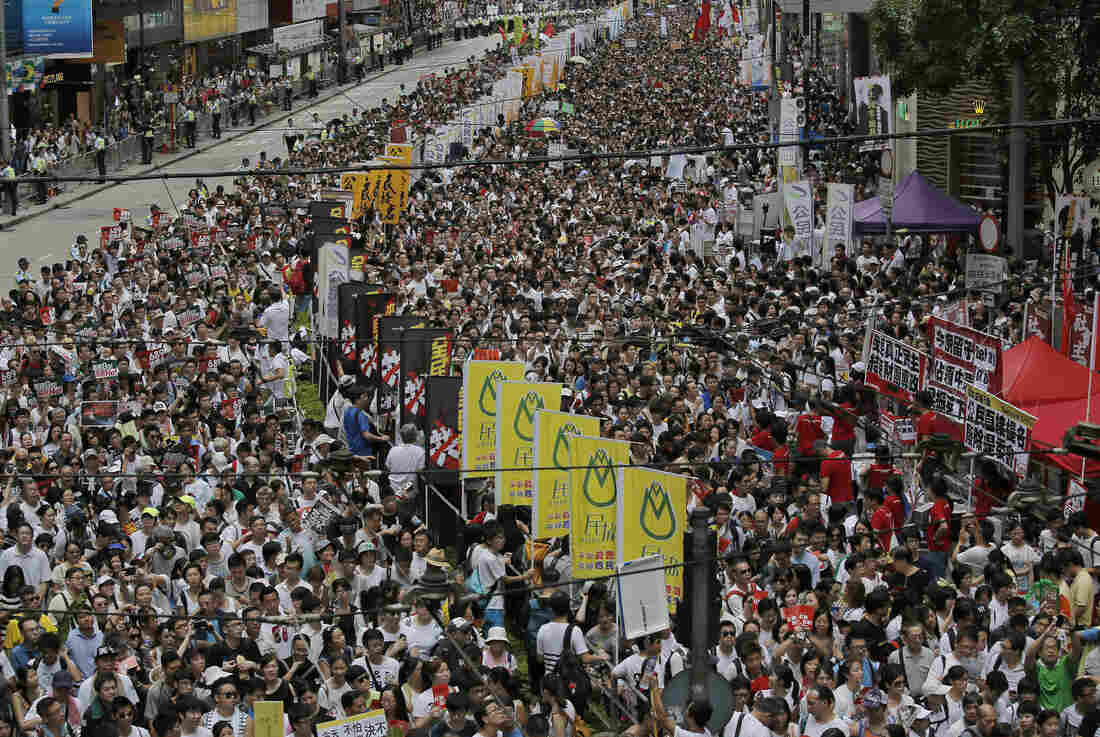 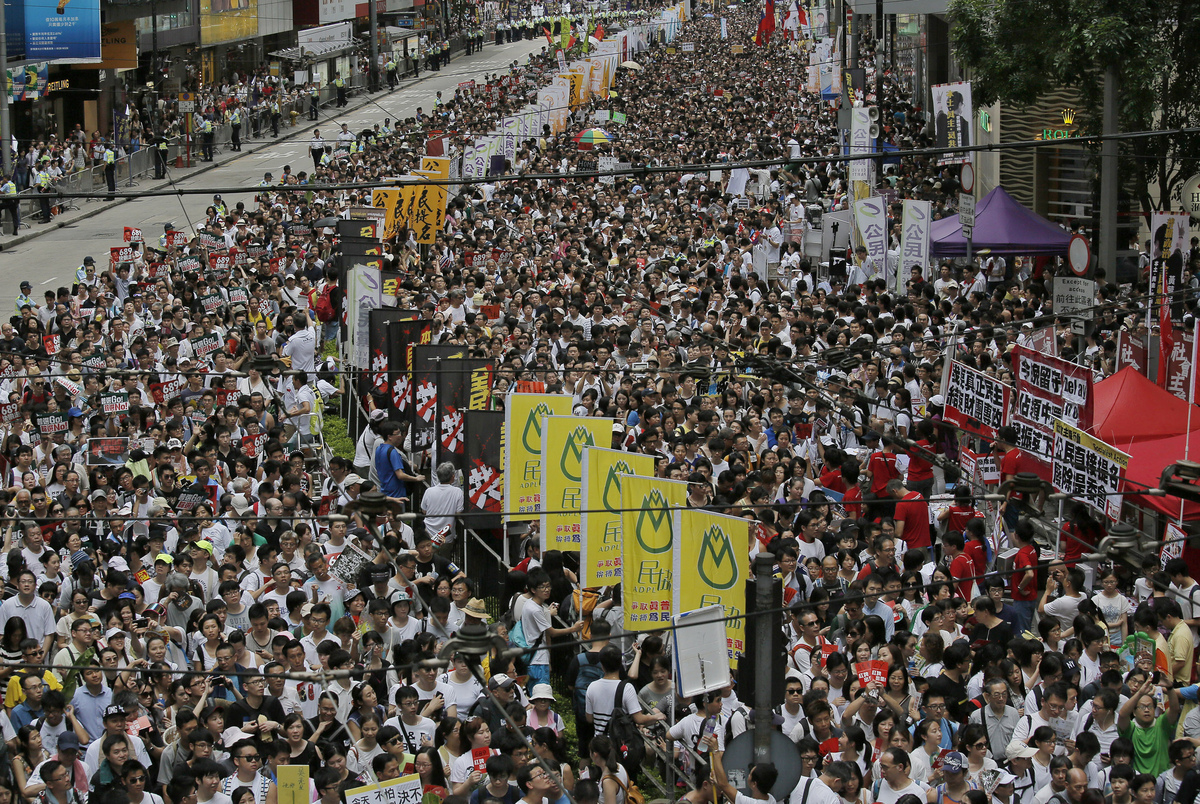 Tens of thousands of people march Tuesday in downtown Hong Kong during an annual protest pushing for greater autonomy.

The annual July 1 march for greater autonomy in Hong Kong has brought a large turnout, as tens of thousands of demonstrators demand democratic elections. Activists are threatening to blockade the city's financial district unless China allows a free and fair vote to choose Hong Kong's leader.

The march comes days after an unofficial referendum on democratic reforms garnered nearly 800,000 votes. Last week, Chinese officials called the referendum an illegal farce that was "tinged with mincing ludicrousness."

"Organizers are hoping for up to half a million people to join the demonstrations. The Chinese government has urged residents not to join them.

"Opposition politician Anson Chan says that Beijing has promised universal suffrage by 2017, and now it must deliver.

" 'Give us free, open, fair elections,' Chan says. 'We don't want an election that is preordained, that is rigged right from the start and that produces just the candidate that Beijing wants to see elected.' "

For today's rally, participants gathered in a huge park in the early afternoon before leaving to march in the streets. But the huge turnout meant that it reportedly took more than four hours for the park to empty.

"I have been a master of ceremonies for the march for 10 years," organizer Lit Ming-wai tells the South China Morning Post. "It is the first time for me to see people still waiting to leave Victoria Park when night falls." 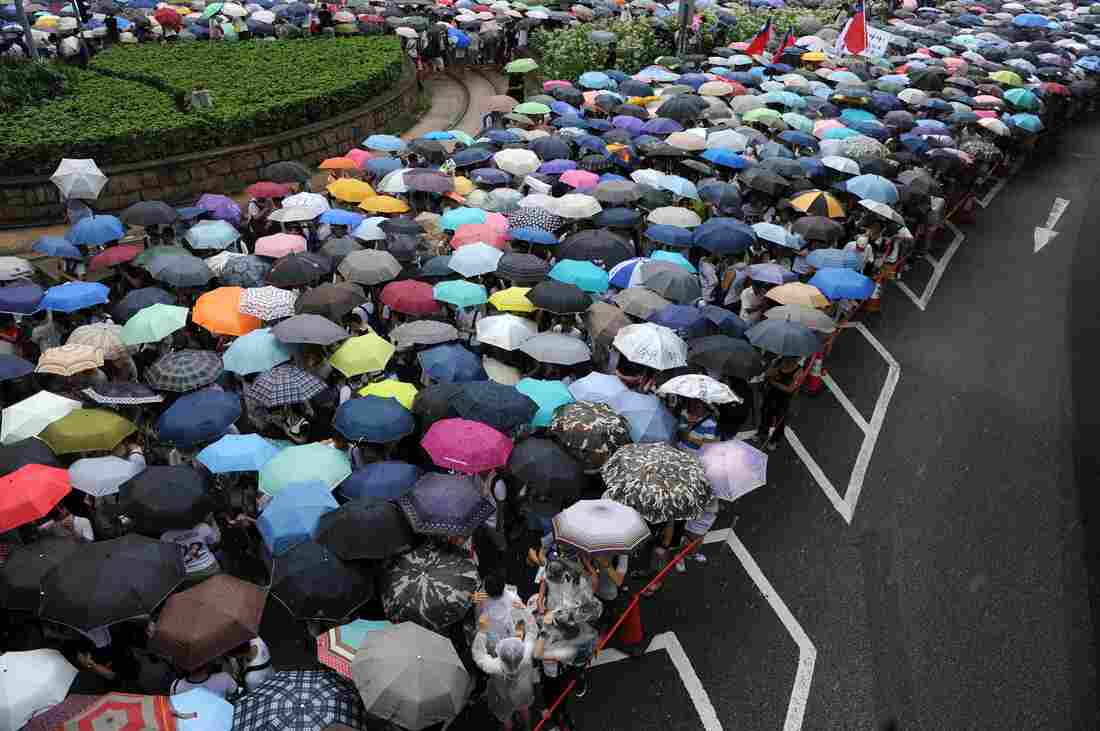 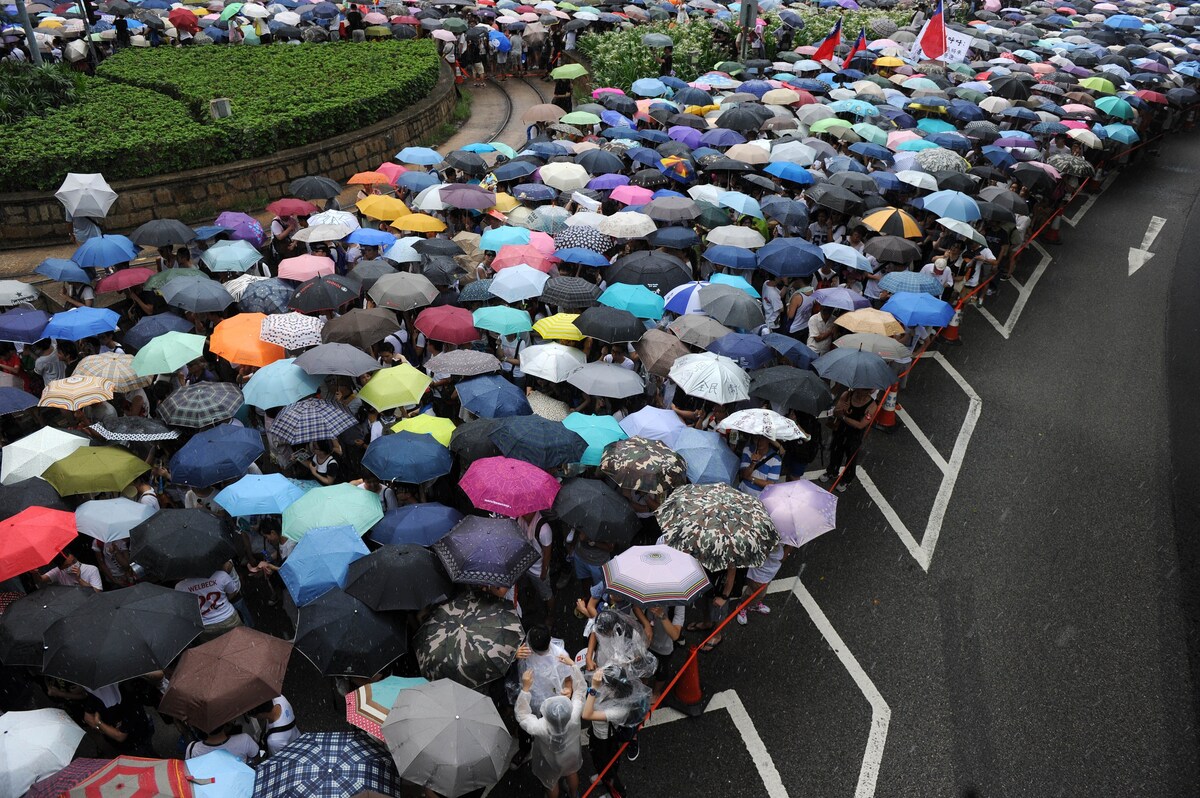 Protesters use umbrellas to deflect the rain Tuesday during a march and rally seeking greater democracy in Hong Kong.

The referendum on democracy was organized by Occupy Central, a group that wants to hold Beijing to its promise that Hong Kong, which officially moved from being a British colony to being under mainland China's control in 1997, would have democratic elections in 2017.

A major sticking point is that Chinese officials won't allow the voting public to nominate and select their own candidates. Instead, a committee vets the list of those who can run.