Accessibility links
Navy Promotes Its First Female 4-Star Admiral : The Two-Way Adm. Michelle Howard says that when she called a Navy office to order the women's four-star shoulder boards, she was told that they didn't exist. 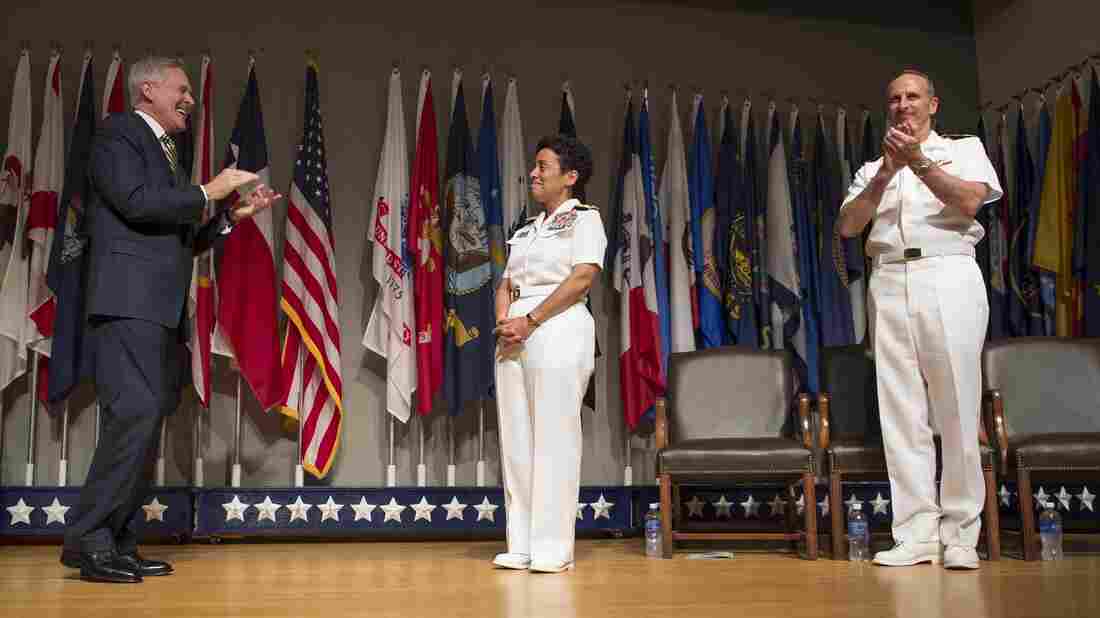 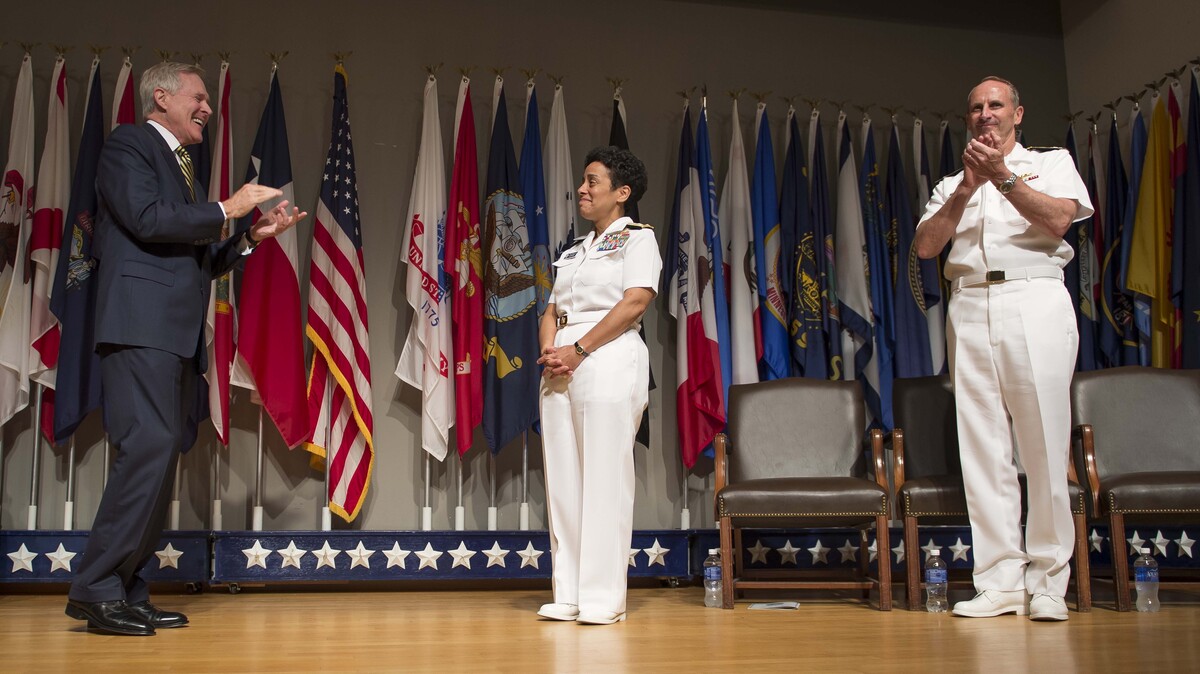 After 238 years, the U.S. Navy has its first female four-star admiral. Michelle Howard attained that rank Tuesday, in a ceremony presided over by Secretary of the Navy Ray Mabus at the Women in Military Service for America Memorial at Arlington National Cemetery.

It's the latest "first" for Howard, 54, who in 1999 became the first African-American woman to command a ship in the U.S. Navy after taking over the USS Rushmore. In her new capacity, she takes up the post of vice chief of Naval operations.

"Michelle's many trailblazing accomplishments in her 32 years of Naval service are evidence of both her fortitude and commitment to excellence and integrity," said Adm. Jonathan Greenert, chief of Naval operations. "I look forward to many great things to come from the Navy's newest four-star admiral."

While you might not have heard of Howard until now, you probably know about an incident in which she had a hand: the rescue of Capt. Richard Phillips from Somali pirates. The Washington Post reports:

"Howard is perhaps best known for leading Task Force 151, which oversaw counter-piracy operations in the Gulf of Aden. After Somali pirates attacked the cargo ship MV Maersk Alabama and captured its top officer, Capt. Richard Phillips, in April 2009, she devised a plan with others to get him back, dispatching the USS Bainbridge, a destroyer, to help. Navy SEAL snipers eventually opened fire on a small lifeboat carrying Phillips and three pirates, killing the bandits and freeing him."

The ceremony brought a moment of levity when Howard was forced to wait as Mabus struggled to attach her new four-star shoulder board to her uniform. She seemed to let out a sigh and eventually took the board from him to help open it.

Addressing the audience, Howard joked that her first act as a full admiral would be to call her boss, Greenert, by his first name. She then said, "So good morning, CNO" — using his official nickname.

Howard then explained that when she called a Navy office to order the women's four-star shoulder boards, she was told that they didn't exist. A special contract had to be issued to create them.

"And you folks are seeing the first set in the history of the United States Navy," she said with a smile, as the crowd applauded.

Acknowledging her family and relatives from Colorado, along with her Navy colleagues, Howard said, "Every one of you who's in a chair had something to do with me standing up here."