Accessibility links
Germany And Brazil To Face Off In World Cup Semifinals : The Two-Way Brazil ended Colombia's Cinderella story on Friday with a 2-1 win to advance to the World Cup semifinals. On Tuesday Brazil will face Germany, who defeated France 1-0 in the quarterfinal.

Germany And Brazil To Face Off In World Cup Semifinals

Germany And Brazil To Face Off In World Cup Semifinals 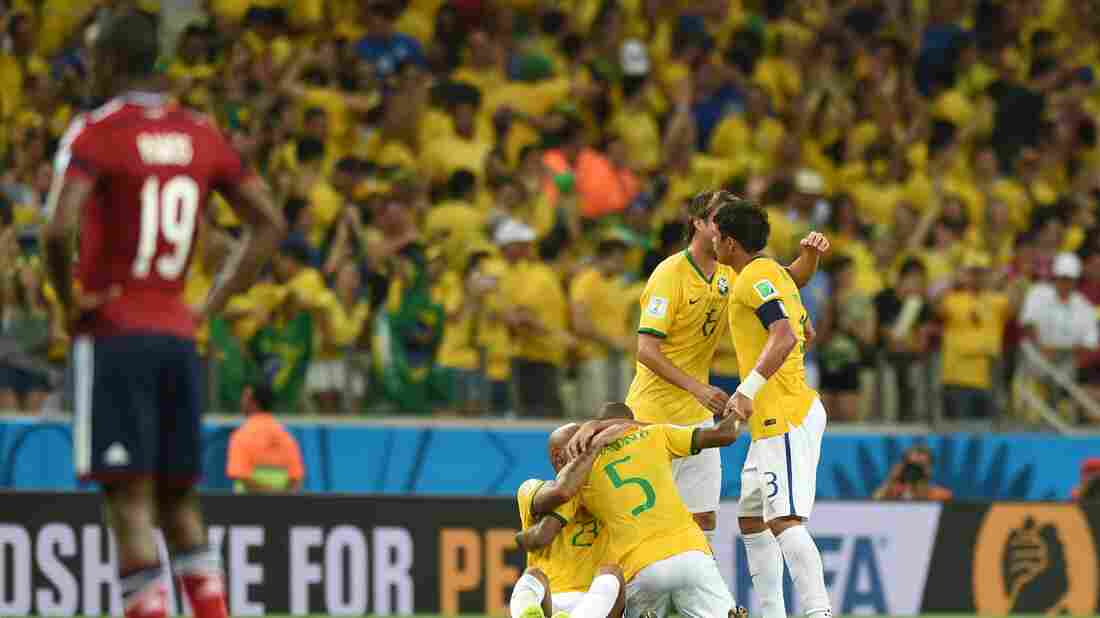 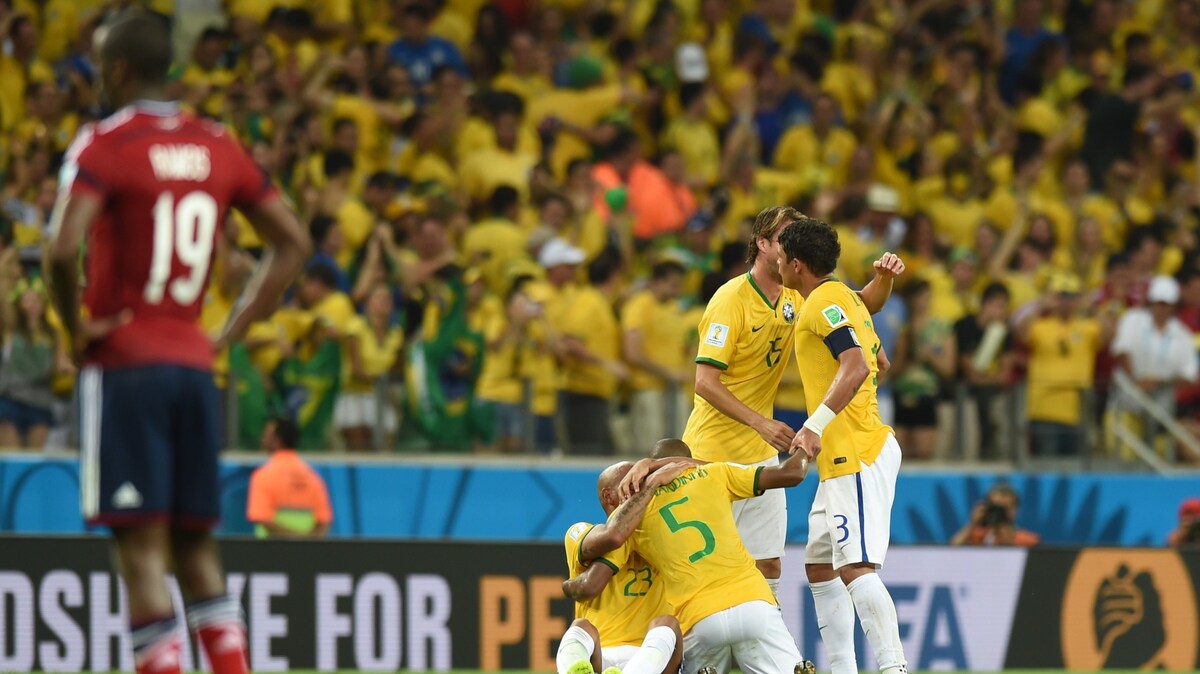 After the first round of World Cup quarterfinal matches, Brazil and Germany will advance and face each other on Tuesday.

It had been an impressive World Cup for Colombia, going further than many expected, but they couldn't hold off the assault from World Cup host Brazil, whose 2-1 victory is sending them to the semifinals for the first time in 12 years.

An early goal from Thiago Silva gave Brazil an early lead in the seventh minute that they held for the first half. They stretched that lead even further in the second half with a long-range goal from David Luiz in minute 68.

Colombia gained some momentum after a penalty kick from star James Rodríguez put them on the scoreboard in the 80th minute, but it wasn't enough.

Some bad news for Brazil however, as one of the team's star players, Neymar, was taken to a hospital after the game. Neymar exited the match after a collision with Juan Zuniga. According to the Associated Press, Brazil's team doctor says Neymar is out of the World Cup with a broken vertebrae.

As an aside, many people are buzzing over what seems like a giant locust landed on Rodríguez before the penalty kick and then flew off and short time after. Check it out:

Nobody can stop Rodriguez from scoring, not even giant Brazilian insects. pic.twitter.com/xk1opP9DO8

Germany defeated France 1-0 Friday to advance to the semifinal of soccer's World Cup in Brazil.

The lone goal at Rio de Janeiro's Maracana stadium came in the first half — a header from Mats Hummels in the 13th minute, off a Toni Kroos free kick.

Germany will face the winner of the Brazil-Colombia quarterfinal, which will be played later Friday at the Estadio Caselao in Fortaleza. That game will be Germany's fourth consecutive semifinal appearance at a World Cup, a run that began in 2002.

Germany has advanced through the tournament with relative ease: It beat Portugal 4-0 at the start of the tournament, drew with Ghana 2-2, defeated the U.S. 1-0 and beat Algeria 2-1.