Accessibility links
Palestinian Teen 'Burned Alive,' According To Official : The Two-Way The body of the 16-year-old boy, thought to have been kidnapped and murdered by Jewish extremists, was found earlier this week with extensive burns. 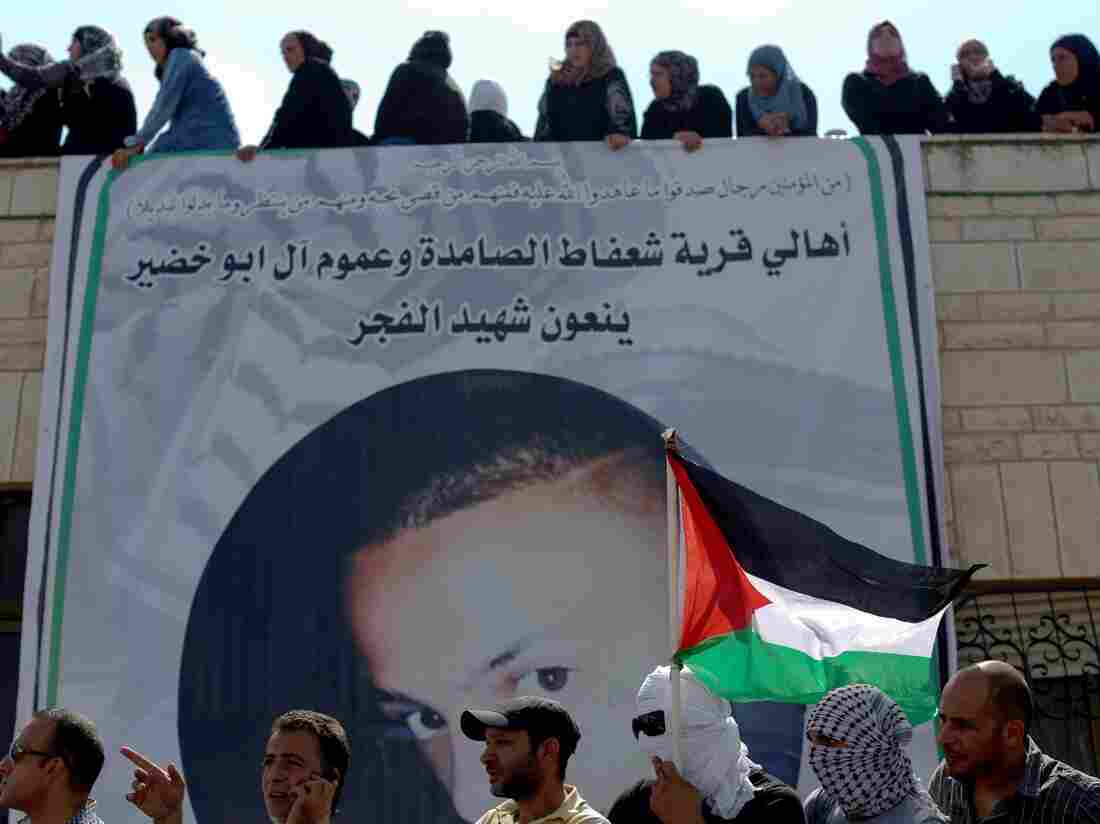 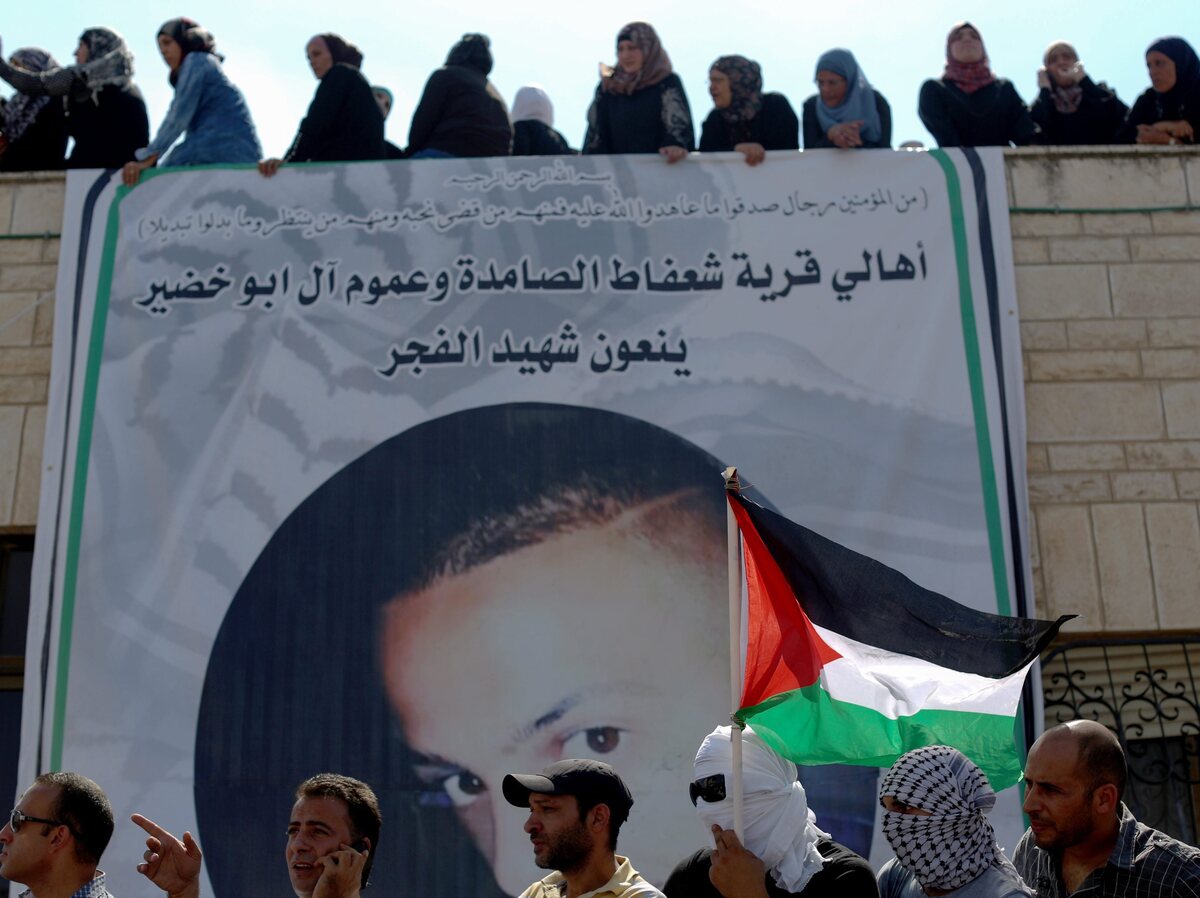 Palestinians attend the funeral of 16-year-old teen Muhammed Abu Khdair, at the East Jerusalem neighborhood of Shuafat, on Friday.

A preliminary autopsy of a teenage boy who Palestinians believe was kidnapped and murdered by Jewish extremists shows that he was burned alive, according to the Palestinian attorney general.

The New York Times, citing Mohammed Al A'wewy, says that soot was found in 16-year-old Mohammad Abu Khdeir's lungs, a sign that he was alive when his body was burned. However, the exact circumstances of his death are not yet known.

Since June 12, when three Israeli teens were kidnapped and later found dead in the occupied West Bank, tensions between Israelis and Palestinian have grown. The death of Khdeir, whose body was found with burns over 90 percent of it, ratchets up those hostilities.

Daniel Estrin, reporting for NPR from Tel Aviv, says clashes between Israeli police and Palestinian protesters spread today from Jerusalem to towns in Israel where Arab Israelis live, in a fourth day of riots over the death of Khdeir.

He says that Arab protesters in northern Israel, who say the attack was revenge, threw rocks at cars, burned tires and hurled fire bombs at police. More than 20 people have been arrested.

"The Israeli police are still investigating the Wednesday attack and have not named any suspects in what is widely seen as an act of revenge by Jews for the abduction-murder last month of three Israeli teenagers in the occupied West Bank."

"'It was obvious through autopsy that there was black smoke on the breathing airways, windpipes and in the two lungs,' the prosecutor's site said. 'This is proof of inhalation of this material during the torch, while he was alive.'

"The autopsy was conducted by Israeli doctors and attended by the Palestinian coroner, none of whom could immediately be reached on Saturday."

The bodies of the three Israeli teens — Naftali Frenkel and Gilad Shaar, both 16, and Eyal Yifrach, 19, were found on June 30. Their funerals were held on Wednesday, the same day that Khdeir's body was discovered.

The BBC says thousands of people attended Khdeir's funeral on Friday near the family's home in the Shufat district of East Jerusalem.