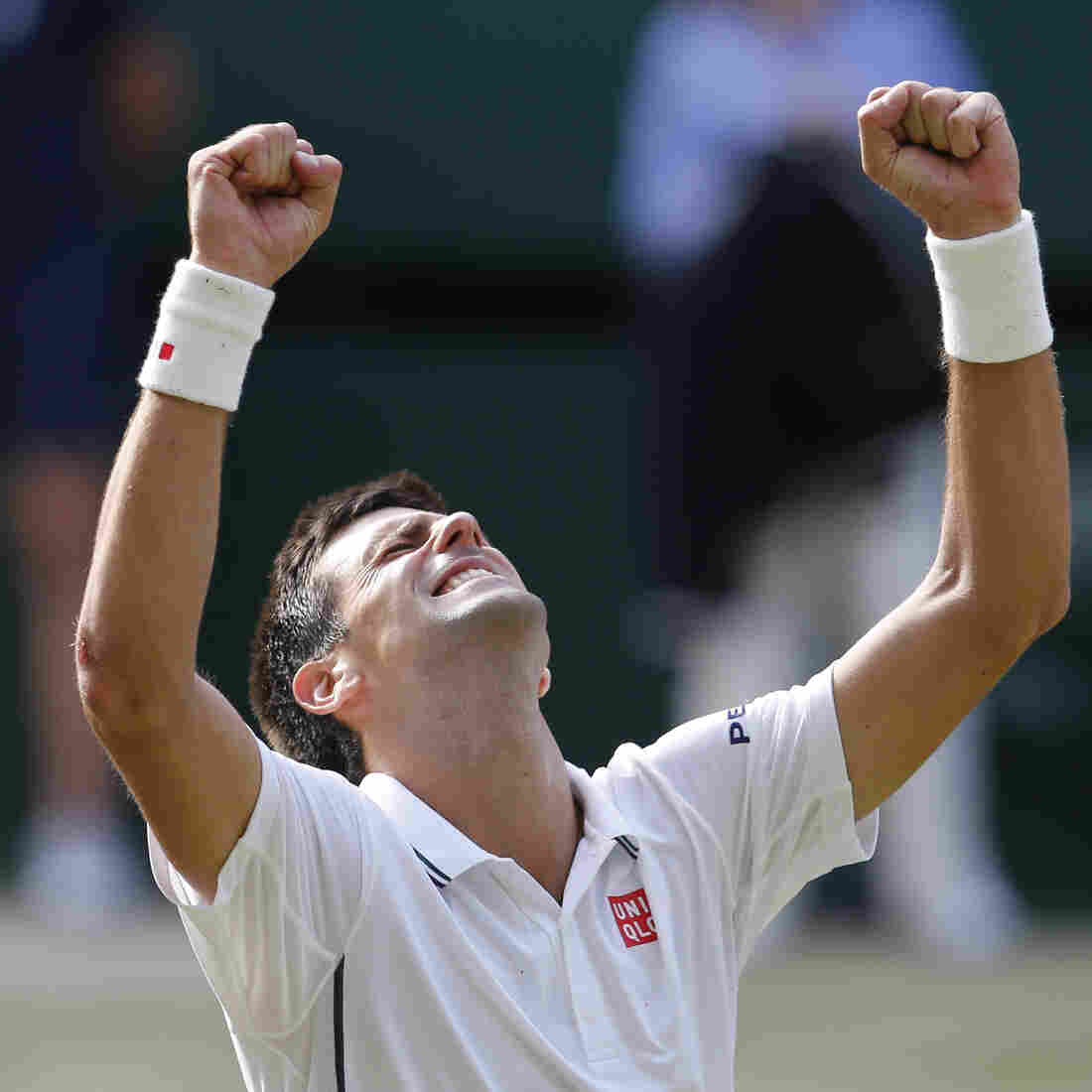 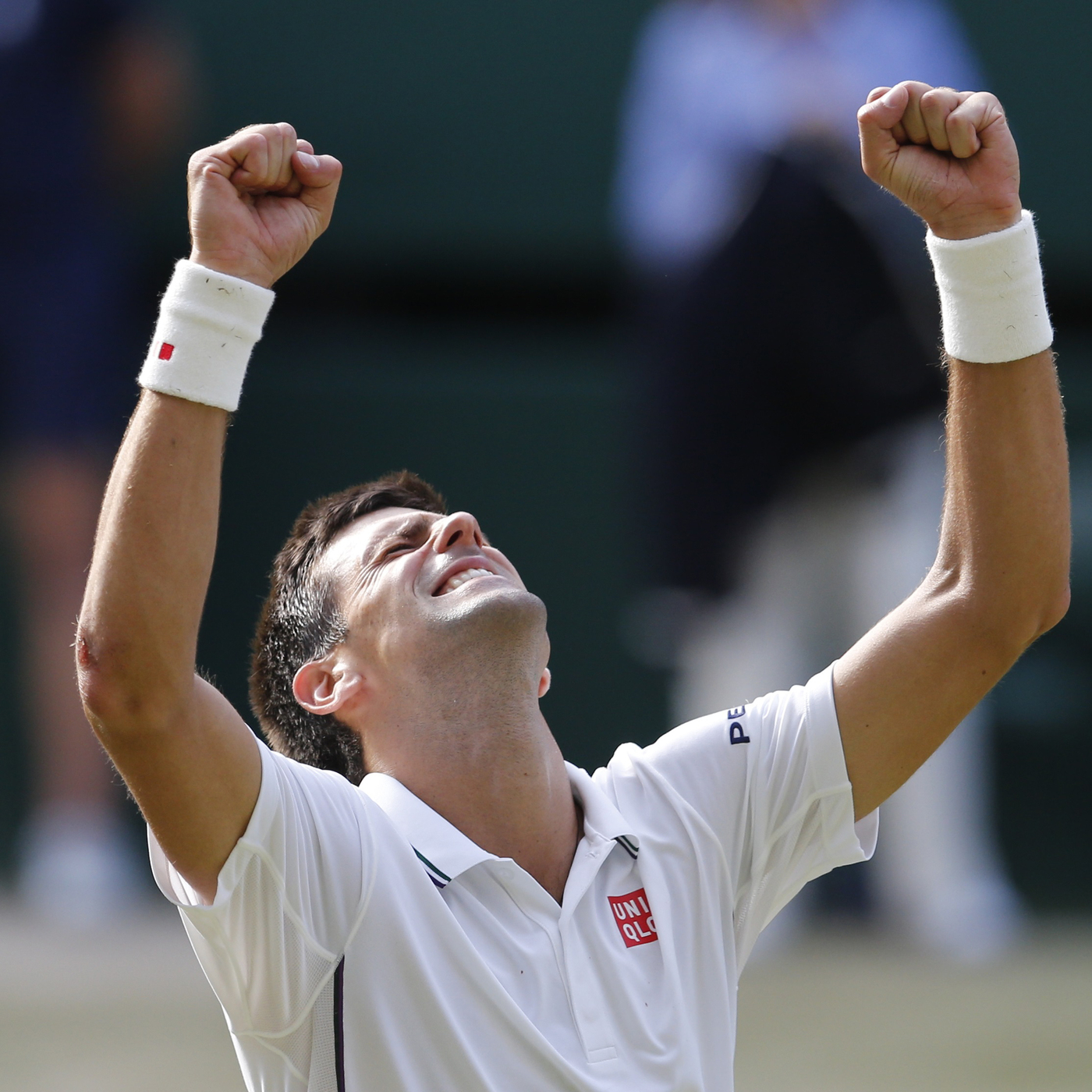 Novak Djokovic of Serbia celebrates after defeating Roger Federer in their men's singles finals tennis match at the Wimbledon Tennis Championships in London.

"Djokovic was serving for the match at 5-3 in the fourth set but Federer broke him twice and won the set forcing the match to go the distance.

"In the final set, Federer, who served well all day, had trouble in the final game going down 0-30 and then 15-40. A backhand into the net ended the match.

" 'It was a great final, can't believe I made it to five,' said Federer. 'Wasn't looking good for a while.'

"Djokovic is now 6-1 in five-set matches at Wimbledon and Federer is 6-4."

It was the first time since 2007 that Federer, 32, and Djokovic, 27, had met for a Grand Slam title. Djokovic, who had six major titles before Sunday, last won Wimbledon in 2011. He was beaten last year by Andy Murray. Federer's last title at Wimbledon was in 2012.

Federer, along with Rafael Nadal, Djokovic and Murray, have dominated the sport for nearly a decade.

The New York Times notes: "Only twice in the past 37 Grand Slam tournaments, going back more than nine years, has someone outside that Big Four won a title: Stan Wawrinka at this year's Australian Open and Juan Martín del Potro at the 2009 United States Open."