Accessibility links
California Highway Patrol Probing Videotaped Beating Of Woman : The Two-Way The woman was walking barefoot as she wandered in and out of traffic on a freeway. In a video taken by a passing motorist, the officer is seen repeatedly pummeling the unidentified woman. 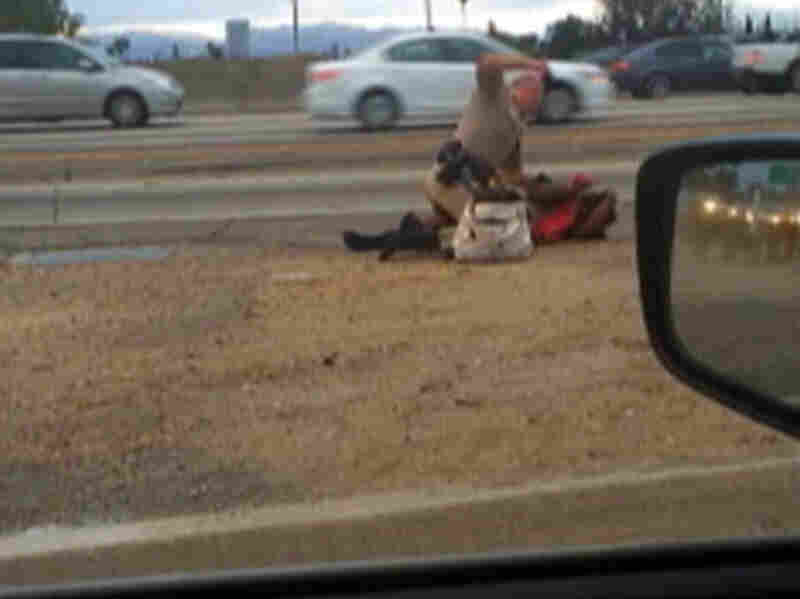 In this July 1 image from video provided by motorist David Diaz, a California Highway Patrol officer straddles a woman while punching her on the shoulder of a Los Angeles freeway. David Diaz/AP hide caption 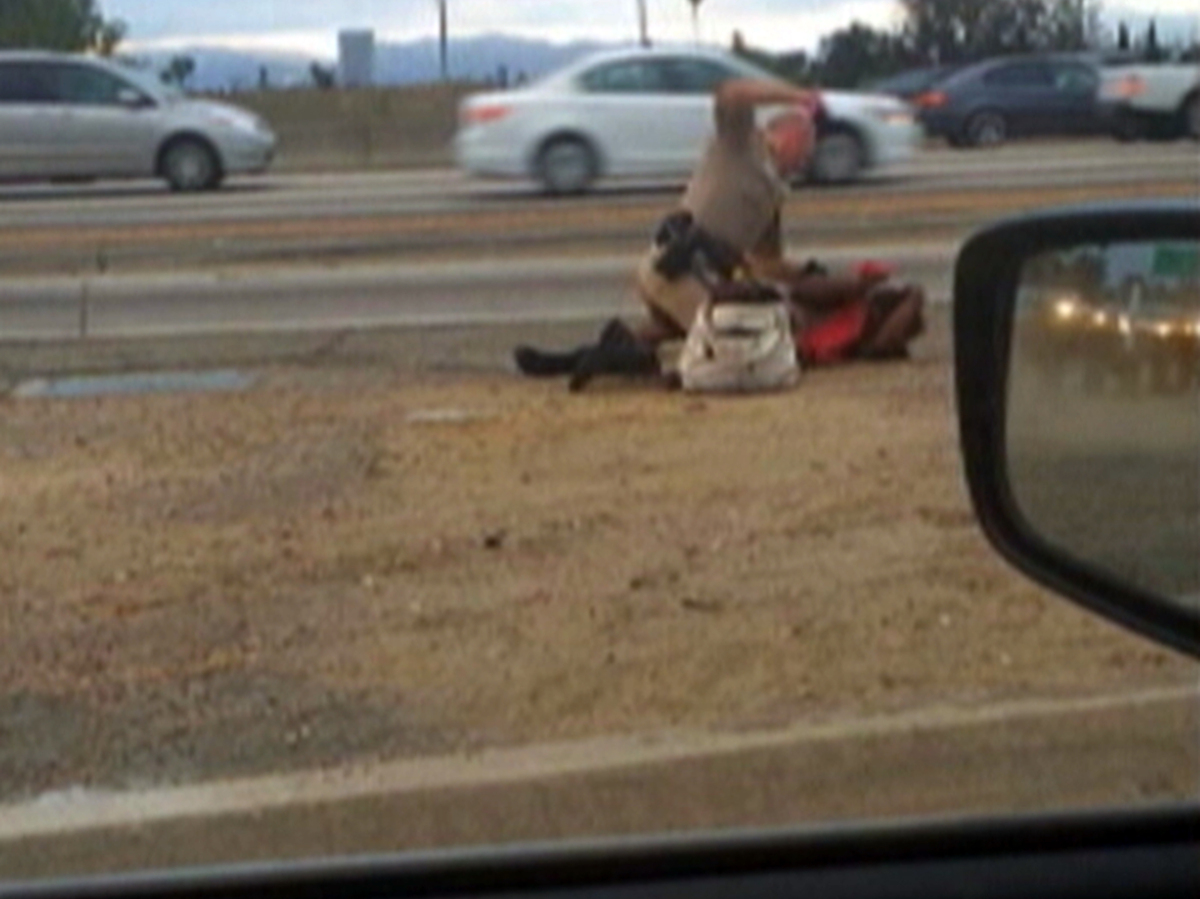 In this July 1 image from video provided by motorist David Diaz, a California Highway Patrol officer straddles a woman while punching her on the shoulder of a Los Angeles freeway.

The California Highway Patrol says it is investigating a video that shows an officer repeatedly punching a woman after trying to stop her from walking into traffic.

As Reuters notes: "The video, which was taken by a passing motorist, posted online and broadcast by local television stations, has caused an outcry from community activists who say the officer used excessive force in the arrest on Tuesday."

After the officer spotted the barefoot woman walking along the shoulder and stepping into lanes of the 10 Freeway near the La Brea Avenue exit, he approached the woman, who became "physically combative," the CHP said in a statement. The video then shows the officer pull her to the side of the highway as he begins to beat her.

"We're looking at every possibility, every fact, every circumstance that have contributed to this situation, and we're going to try to come to a just conclusion," Highway Patrol Assistant Chief Chris O'Quinn said at a news conference on Friday.

An attorney for the family of the woman shown in the video, who is not named, is asking that the two officers involved in the incident be punished.

"She's not just some animal," attorney Caree Harper, who declined to name the woman, was quoted by KTLA 5 as saying. "She has an aunt, a sister, a brother, a father and a great-grandchild."